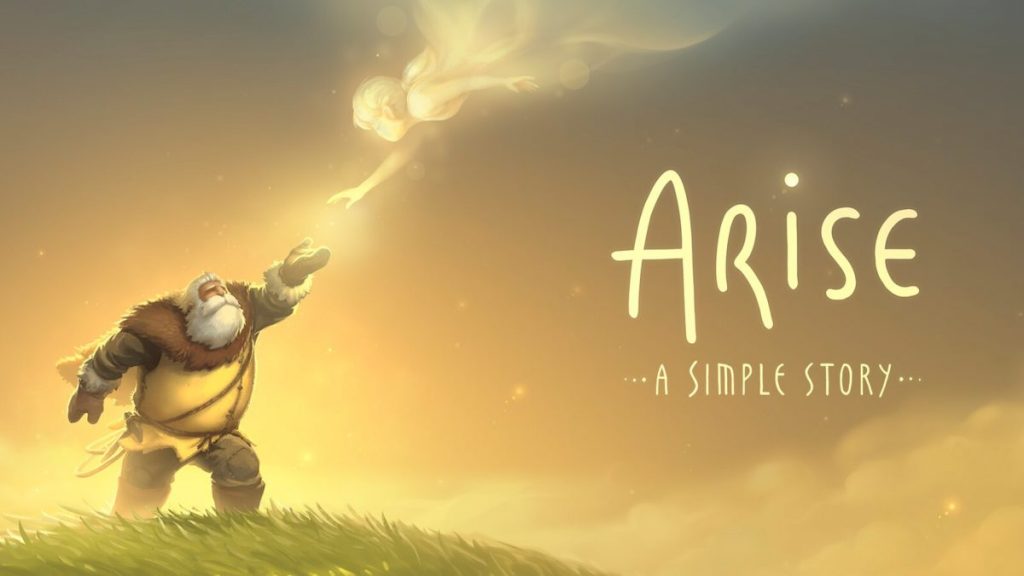 I was attracted to Arise: A Simple Story after watching a trailer for the title a good few weeks ago. The game’s art style really caught my interest, and it looked like an enjoyable platformer at the very least, and, well, being a huge fan of snow also helped pique my interest. I was expecting to play a fun little title but what I got not only impacted me to my very core, but I also got a game that brought me joy and then took that joy away and broke my heart.

By the end of Arise: A Simple Story, I was left devastated and more emotional than I ever thought a video game could make me.

Arise: A Simple Story Is A Masterclass In Storytelling

Arise: A Simple Story is just what the title paints it to be. A simple story of love, loss, and dealing with all the hardships that come through life, you play as a man who recently passed away and is stuck in purgatory. In order to reach heaven, he must relive his entire life. Indeed, it almost feels like the developers at Piccolo took the idea of your entire life flashing before your eyes as you die and made it literal. As you play though the game, our nameless adventurer goes through his various stages of life, from meeting his true love when they were just children to becoming separated during a migration period.

The story took me through the life of a man from his happiest to his saddest. Remember that time when you watched the first five minutes of Disney’s “UP” and how it completely devastated you? Arise tells its story in a similar fashion with no voice overs, no dialogue, and no writing. The entire story is told through the body language of our lost soul and how he reacts to the stone statues scattered throughout his memories.

The story took me a good six to seven hours to complete and it is fairly linear but there are things to go back and collect for those looking for that Platinum trophy. There are paintings you can find as collectibles that show off a little more of the story and what went on during each of the stages of the man’s life. These add more to the amazing storytelling that the game presents and gives you that extra detail into his existence. Sure, it is just a collectible but it also adds so much to the overall story.

Arise: A Simple Story is a platformer by heart that uses an amazing time manipulation system to help you get through the various memories. Each stage differs completely from the last, making the time manipulation feel fresh each time you use it. In the first stage, you manipulate time to completely change the seasons from winter to summer. As you do, snow builds up and allows you to reach higher cliff sides, for example, while changing the season to summer will raise the water levels from the melting snow, allowing you to jump around on rafts to get to your destination.

The platforming itself has some challenges. As an elderly man you won’t be jumping large gaps or falling ten feet. In fact, death awaits rather quickly if you don’t judge the height from which you fall. A simple five-foot fall may hurt him but you’ll see the extent of the pain he is in depending on how long he takes to recover in his animation.

You won’t just be jumping from one platform to another either, as you’ll have to swing from ropes while also controlling time to create a safer landing location. Some platforms will even collapse or even sink if you wait on them for too long. There are plenty of instances where you have to figure put how to control time to give yourself that next platform before the one you stand on disappears.

Arise: A Simple Story Shows off a Mesmerizing World With Amazing Animations

Each memory brings a different challenge, and each one changes how you tackle each memory. One stage sees you having to stop time to keep the light from a lightning strike to illuminate the surrounding area. Another sees you controlling fire as it burns through the environment. It’s a simple mechanic that looks amazing when you see the world change around you, but it stays fresh because of how each stage changes how the time mechanic itself is used.

There aren’t any enemies to fight so you wont see any combat, in fact the environment itself is your enemy. Each stage presents an overall obstacle that stands in your way and one you have to conquer. The fire that I mentioned earlier is one such obstacle, while another is the bitter cold where you have to constantly find a light source to keep from freezing to death.

As I mentioned earlier, the entire story is presented through body language and animation and Arise has an amazing art style. I was captivated by the visuals from beginning to end. Each memory is masterfully crafted to represent the moment of the man’s life. Falling in love is magical, almost like an old Disney song verse through a river of flower petals. It truly is an amazing-looking game.

The main character is an elderly man, and he shows it when he jumps off ledges and stumbles, taking his time to get back up, or how he looks tired after climbing up the side of a wall or cliff. It’s not just in the game’s cut scenes where you see his emotions, though. You can see just how he feels depending on the memory he’s in.

As things get tough, he slows down. When the memories get more painful, he shows it with his walking animation almost as if he’s giving up on life. All of this is wrapped up in a musical score that makes you feel every moment. Each song brings a weight with it that plays into the story as well as every other aspect of the game. The way the tracks change during a sequence of events make me feel exactly what the lost soul feels.

It sends shivers down my spine every time – as it will you too I’m sure.

Arise: A Simple Story is easily the best indie title I have ever played. There aren’t many games that make me as emotional as Arise did, and there probably won’t be another one for a long time. It’s a simple game that brings with it a weight that everyone in life goes through. If it doesn’t leave you emotional, you probably don’t have a heart.

A beautiful adventure that will stay with me forever. Arise: A Simple Story is one story told through amazing animations played through a beautiful world, accompanied by a soundtrack that makes this game a masterpiece in every piece of its design.