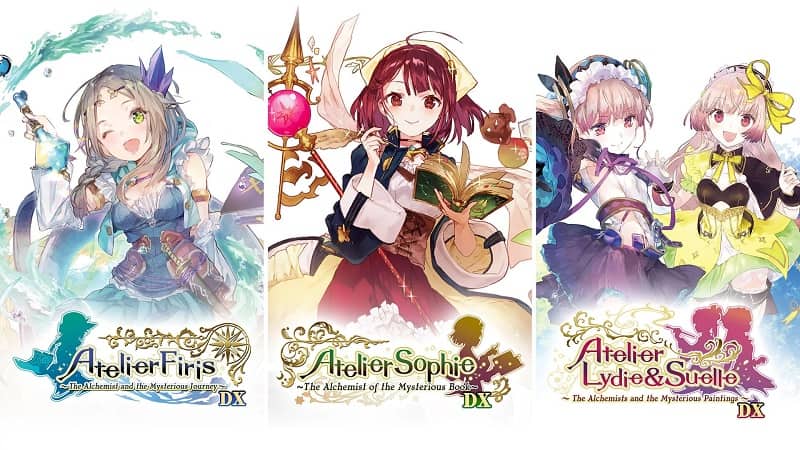 A Massive JRPG Package Stuffed With Value, But Which Offers Little For Those Who Have Already Plumbed Its Depths

Here’s the thing – aside from including all the DLC released for those three games and a couple of extra bits and bobs appended to each of them, these are the very same games that you played when they first released on PS4 in 2016, 2017 and 2018. This means that if you’ve already piled hundreds of hours into this attractive JRPG trio, there’s not much here to bring you back to the table; something that the Atelier Dusk Trilogy Deluxe Pack avoided somewhat by remastering three PS3 era games and giving them a nice contemporary coat of paint, tempting stalwart Atelier players back into the fold in the process.

If however you’re a fan of the series and have somehow never played this particular clutch of Atelier games before, or if you’re just a JRPG aficionado in general, then the Atelier Mysterious Trilogy Deluxe Pack will have a lot to offer. So with that in mind, we’ll be taking a look at each of the games before rendering a verdict on the pack as a whole. Ready? Good.

Atelier Sophie: The Alchemist of the Mysterious Book DX 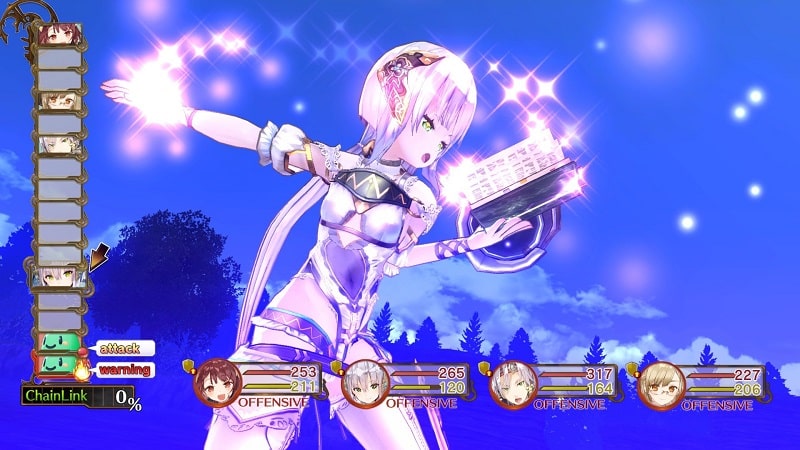 Making Atelier Sophie: The Alchemist of the Mysterious Book a much more newbie friendly prospect in the process, the narrative and general pace of the game also contribute to making Atelier Sophie one of the most relaxing games in the series. More than that, Atelier Sophie serves as a great introduction to the general happy-go-lucky beats of the series, anime visuals and engrossing turn-based combat.

For its deluxe release, not only does a massive amount of previously released costume DLC such as costumes and music packs feature, but so too does the an additional epilogue episode and a newly implemented ‘despair’ difficulty level, providing a substantial amount of longevity to a game that is already a good 40-50 hours long.

Atelier Firis: The Alchemist and the Mysterious Journey DX

If Atelier Sophie: The Alchemist of the Mysterious Book was a big leap over the previous games in the series, than so too does Atelier Firis: The Alchemist and the Mysterious Journey boast a similar level of evolution over its predecessor too. Encompassing much larger worlds that are now connected by a series of paths to improve traversal, Atelier Firis feels like the first truly epic game in the franchise, with some of the largest environments ever seen in the series. 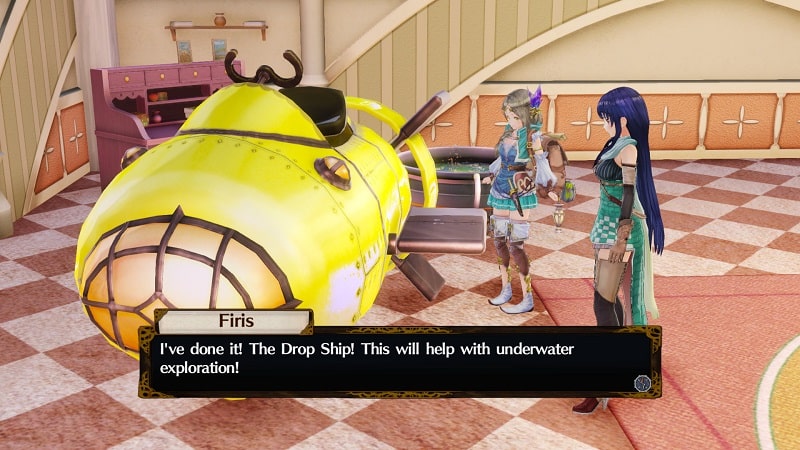 Beyond just providing a series of larger levels and worlds to muck about in, Atelier Firis also employs a mix and match approach of the series traditional time-limited takes on the main quest. Here, the first half of the game operates under a strict, but certainly quite manageable time limit, while the second half of the game has no time limit whatsoever.

Certainly after the complete and unabated freedom that Atelier Sophie offered, this seems like something of a step backward, but the improvements seen in the game world, visuals and other neat tricks (such as carrying your ‘home town’ around with you to make questing much more efficient, all act as a counterbalance of sorts.

In its deluxe incarnation, Atelier Firis: The Alchemist and the Mysterious Journey not only provides great handfuls of DLC in the form of additional monsters to fight and vehicles to use, but it also boasts a very handy fast forward feature which allows you to get through battles extremely quickly (a godsend). Elsewhere, a photo mode is also featured here now too, allowing players to take snapshots of the gorgeous world of Atelier Firis in addition to the (mostly) charming folks that inhabit it.

Atelier Lydie & Suelle: The Alchemists and the Mysterious Paintings DX

The most recently released of all the games in this triple pack, Atelier Lydie & Suelle: The Alchemists and the Mysterious Paintings doesn’t do a whole lot that could be considered innovative or groundbreaking, but it does present many of the series hallmarks in such a way that it is both compelling and immediately enjoyable by new and experienced players alike. 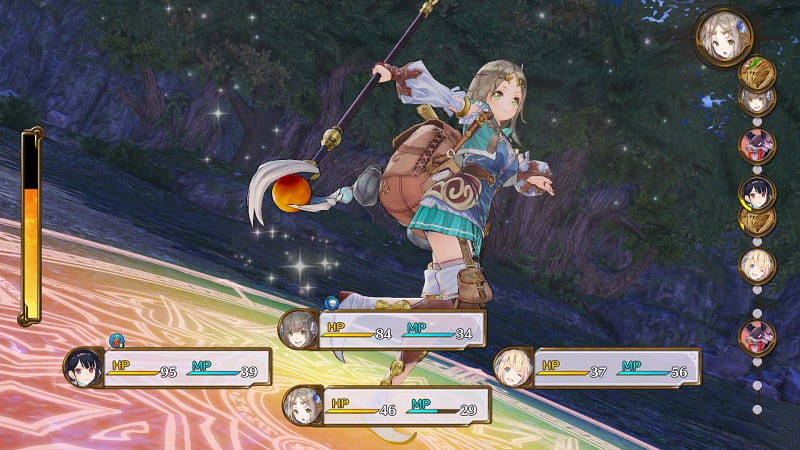 Returning to the more bite-sized worlds of Atelier Sophie, Atelier Lydie & Suelle feels a lot more digestible as a result, while the much improved visuals also underscore the allure of the game to players of all ages. As before, the same evocative mix of twee worlds, charming characters, JROCK turn-based combat and pondering alchemy elements all come together to create a satisfying whole.

Arguably the most enjoyable Atelier title of the bunch, Atelier Lydie & Suelle also excels in other areas too. For a start, the levelling up system feels much more delicately weighted; you’ll never feel like that your party is drastically capable of overpowering every enemy that you come across, while the various side quests are now much easier to locate, rather than just stumbling upon them as you might have done in previous games. 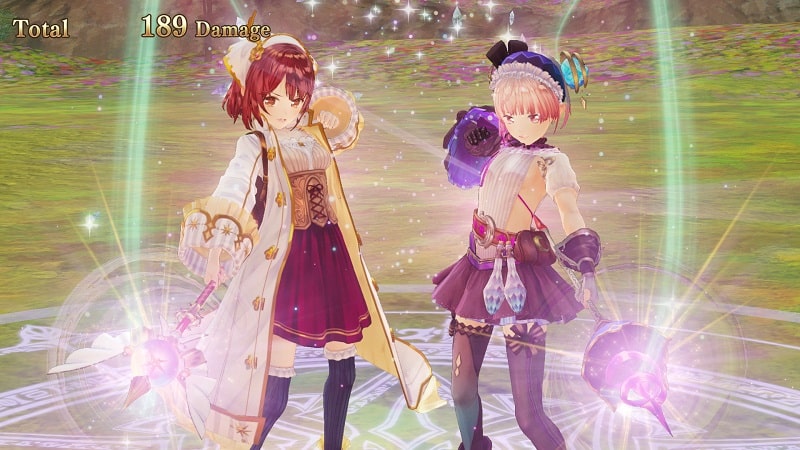 Though it perhaps lacks the immediate interest that Atelier Dusk Trilogy Deluxe Pack had, the Atelier Mysterious Trilogy DX nonetheless provides a whole heap of Atelier flavoured JRPG goodness for players to get stuck into with all of the trimmings. Where the pack comes unstuck somewhat is in how all of the games have already been available on PS4 for some time now, somewhat diminishing the appeal of this trilogy somewhat.

Then there are the games themselves too. Hardly revelatory, while each Atelier game is certainly an improvement over the last the series as a whole at this point simply hadn’t moved forward far enough in order for it to be properly ascend above its fellow JRPG stablemates. However, for the curious or for Atelier fans than have some how managed to miss out on this trio of games, the Atelier Mysterious Trilogy DX Trilogy is certainly a compelling and value stuffed offering to say the least.

The Atelier Mysterious Trilogy Deluxe Pack is out now on PS4.

Absolutely stuffed to the hilt with twee, waifu JRPG goodness, the Atelier Mysterious Trilogy DX Pack represents a heady offering that will keep the uninitiated busy for well over a hundred hours and change. For everyone else however that has already plumbed the depths of the three games in this pack, this trio of bundled charming adventures will have little to offer, even in light of the additional DLC included with each game.