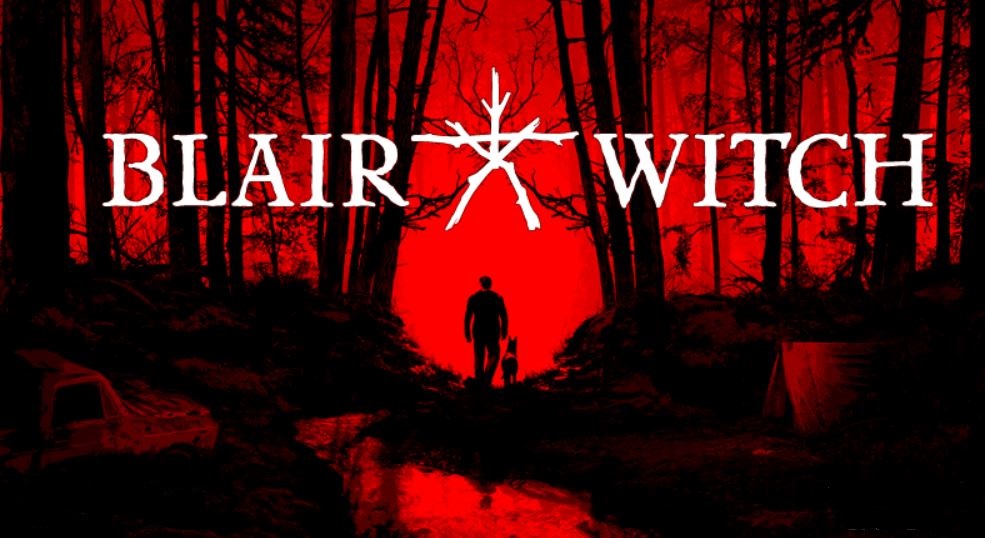 Of all the horror franchises that have graced the silver screen, perhaps none fire the fearful synapses of our imaginations with such verve quite like Blair Witch (the first film, not the crappy two films that came after). When it comes to gaming, the batting average of the franchise has been actively terrible – a rampant, consistent squandering of what is highly effective and underrated horror property.

Layers of Fear developer Bloober Team looks to put a stop to this run of mediocrity, and in large part they succeed, fashioning an often taut and frequently hair-raising horror in Blair Witch that honors the source material deftly with the appropriate reverence.

Blair Witch Absolutely Nails The Atmosphere Of The Source Material

The setup for Blair Witch is one straight out of the cliche playbook. As former police officer Ellis Lynch, players find themselves thrust into the Black Hills Forest, hot on the trail of missing nine-year-old Peter Shannon who disappeared in the vicinity just days before. Suffering from psychological frailty of a sort, Ellis is hardly alone as he is accompanied by his loyal dog Bullet, who not only brings him companionship and comfort, but whom also doubles up as a super switched on sniffer dog in the rescue attempt of the wayward youth.

Blair Witch immediately scores points with me as it allows you to customise your dog, Bullet, to a limited extent, picking out his fur, collar and eye color at the very beginning of the game. Of course, it’s all a ploy to make him feel close to you, and as a result Blair Witch feels much more traumatic and emotionally resonant than anything Bloober Team have done before, simply because of the strength of the bond that exists between Ellis and his beloved pooch.

A first-person horror adventure in the vein of Bloober Team’s Layers of Fear games, Blair Witch has you exploring the Black Hills Forest searching for clues, jumping at scares and generally being scared out of your wits for the most part. Though Blair Witch takes place in typically wider, more open environments than the comparatively claustrophobic mansions and boats of the Layers of Fear titles, players are still ultimately funnelled down a linear path – a welcome contrivance to keep the story trundling along an acceptable pace.

Helping things along is Bullet himself. More than just an emotionally resonant plot device, Bullet has function too. Able to be directed through a series of commands that can keep him close to your side or dispatch the furry lad off to find clues, Bullet is an essential part of Blair Witch’s investigative and encounter based sub-structure that makes the game feel much more fresh than many of its genre brethren. Players can also scold (you monster) or pet Bullet, too, affecting how he responds to you as a result.

The horror is magnified in a sense, because you not only fear for yourself, but also for the loving doggo by your side too and this is something that Blair Witch very much exploits as events unfold. Bullet’s behaviour is actually pretty crucial, not least because his body language, growls and barks can also tip Ellis off to any enemies that might be lurking in the environment, while spending extended amounts of time away from Bullet can cause Ellis to become anxious and eventually hallucinate – neatly playing into our protagonist’s haphazard mental state. Again, it’s a neat mechanic that helps to distance Blair Witch from other horror offerings.

Speaking of the enemies in Blair Witch, when they do appear and attack (the game takes its time to slowly introduce them which is 100% the right thing to do) it’s proper chills on the back of the neck type stuff. Vulnerable to the light emitted from your trusty torch, these seemingly ethereal foes dart in and out of view so quickly with such unnatural movement that you cannot properly identify them – which is the point, in so far as it keeps them undefined and the fear of the unknown very much alive.

Another neat thing that Blair Witch does, and something which directly taps into its own mythos, is how it leverages its found footage heritage to interesting effect. Around the vicinity of the Black Hills Forest you’ll come across a number of fuzzy, VHS tapes that can be put into your camcorder, allowing you to see the events that each chronicles.

More than just haphazard recordings, these tapes actually have a bespoke gameplay function too – as they allow Ellis to manipulate reality in different ways. For example, in one instance Ellis and Bullet find their path blocked by a fallen tree. However, if you watch the video where the tree fell, but rewind and pause the tape at the point that the tree is still standing, the obstacle disappears in the ‘real world’ and our protagonist can continue on. It’s not only a neat puzzle solving device (albeit one that is used perhaps too sparingly), but also a nice twist on the found footage beats that the original 1999 film pioneered nearly two decades ago.

Another influence that Blair Witch wears nakedly on its digital sleeves is the heritage of the developer which has brought it to life. Certainly, like every Bloober Team horror game that has come before it, Blair Witch is riddled with the Polish developer’s fondness for psychological and hallucinatory horror, where the environment warps and changes around you, and where turning around sees a figurative brick wall where one didn’t previously exist.

In truth, this mechanic does feel a touch overdone in Blair Witch – especially in the later chapters of the game. However, the fact that Blair Witch is a meditation of sorts (albeit an occasionally ham-fisted one) on mental health, I’d certainly say that there is sufficient license for Bloober Team to delve into its trusty bag of scary tricks all the same.

While elsewhere, a final chapter that just seemingly drags on forever and which has you going round and round in circles, retracing the same steps over and over as the game does a frustrating deep dive on Bloober Team’s brand of psychological horror only serves to frustrate, making you wish that the game ended a good half an hour before it actually does.

Arguably though, Blair Witch is most effective in its earlier chapters where subtle atmospherics are held at a premium. The very idea of the Blair Witch, that some malevolent force can seep its evil into Mother Nature’s bosom, corrupting and profanely twisting it into its own image is one that is deftly showcased in Blair Witch, as just the image of contorted tree branches, bushes and brambles disturb duly, while jump scares are used thankfully sparingly.

The sound design too also proves to be a potent tool in Bloober Team’s storytelling arsenal, with deft use of ambience and directional sound to create a frequently terrifying experience. Simply, if you have a good sound setup, Blair Witch will reward you in turn by absolutely scaring the piss out of you with everything from whispered curses to the rustling of far away flora and fauna.

There are a range of collectables with multiple endings too, with some dependant on how you treat Bullet, but let’s be frank here, unless you’re some sort of unimaginable, dog-hating asshole, you’re going to treat the boy good. But ultimately, Blair Witch boasts a surprising amount of longevity and replayability which proves to be welcome indeed,

As a distilled, almost weaponised slice of chill-inducing fear, Blair Witch succeeds commendably, and though it suffers from an overindulgence in Bloober Team’s less attractive design tendencies, it nonetheless brings enough fresh ideas to the table that it does decent justice to the Blair Witch name, whilst also acquitting itself as an entertainingly, hair-raising genre effort in its own right.

Blair Witch is out now on PS4, PC and Xbox One.

Blair Witch is easily the best videogame take on the licence to date and an effective, frequently petrifying horror effort. Unfortunately, a much too long final chapter and pointless stealth sections late in the game sadly detract from a genre effort that is overflowing with dread and atmosphere.