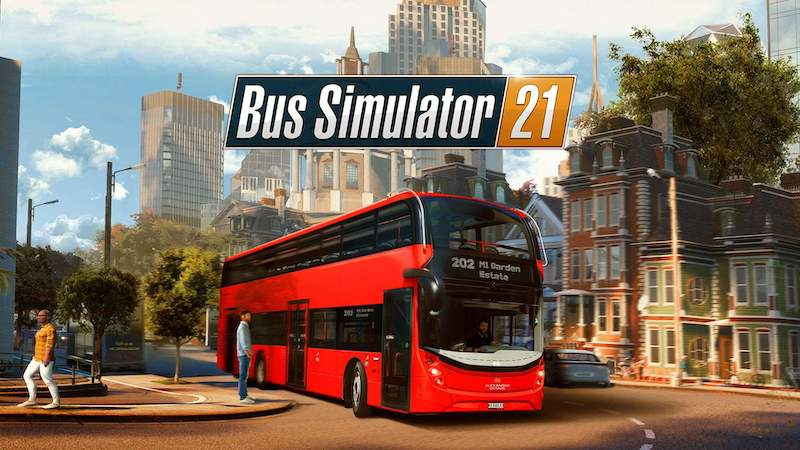 Bus Simulator 21 PS4 Review. Trucks, trains, farming, airports, firefighters and even goats: if you can name it, there’s probably a video game simulation based on it, and Bus Simulator 21 does exactly what it says on the tin. Developer Stillalive Studios hands over the keys to a bus empire and tasks you with not only driving its buses, but managing the entire company’s fleet, routes and schedule.

All Aboard For The Third Bus Simulator Game From Stillalive Studios

It’s just as well really, as the driving itself isn’t much to write home about – Grand Theft Auto V’s buses arguably handled better back in 2013 – but there is something cathartic about hopping into the driver’s seat, playing an episode of your favourite podcast in your earphones, and driving the local route in a bendy Mercedes Citaro or a humongous Alexander Dennis double-decker.

There is an excellent selection of buses and coaches, including those with Diesel and Electric engines which do feel somewhat different to drive, although it’s Bus Simulator’s menial tasks which offer some variety to the gameplay.

Upon arriving at a bus stop, you’ll need to lower the floor using the hydraulic suspension, open the passenger doors, extend the accessible ramp for wheelchair users, and even issue tickets and hand out change to customers as they board. If you have the time in your busy schedule, you can also exit the driver’s cab and ask to check your passengers’ tickets. 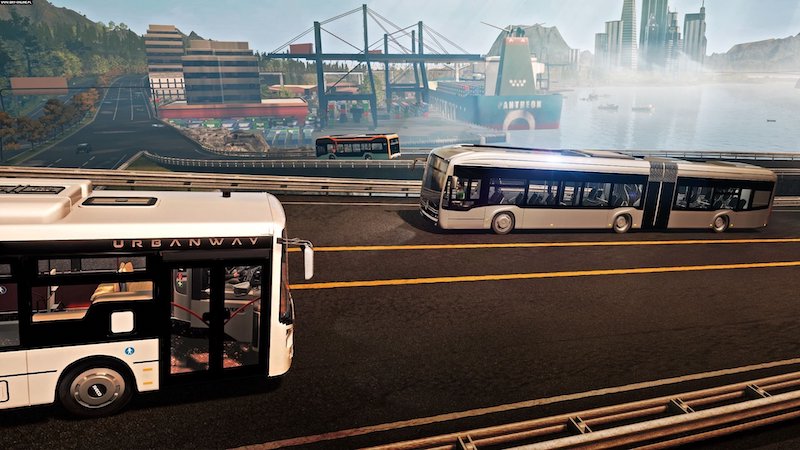 It might take an hour or so to start feeling comfortable, but once it “clicks” and the sensation of driving a large vehicle responsibly – checking your mirrors, indicating as you leave bus stops and stopping at red lights – the ancillary systems do add a layer of immersion to what could’ve been a mind-numbingly dull game.

If you have the patience and desire to do so, Bus Simulator 21 can offer you a lengthy experience with a somewhat busy loop to keep you occupied.

I do often wonder who these particular games aimed at, but this is the third Bus Simulator title in a heavily saturated genre, so it obviously has its niche. If you’re within that audience, you’ll find an in-depth RPG-like system which will have you plotting routes on a world map, levelling up bus stops by servicing them regularly, and ensuring that your bus company is running efficiently by giving the locals what they want whilst also turning enough of a profit to invest in new buses and drivers.

The interiors of Bus Simulator 21’s vehicles are beautifully detailed with authentic seat positions and cushion patterns, although the AI characters leave a lot to be desired. Occasionally, a passenger will get stuck blocking one of your bus’s doors, which requires you to go up to them and ask them to move by simply pressing X.

Similarly, you’ll also get problematic passengers listening to music too loudly, and this is resolved by the same solution – just point at them and press X. 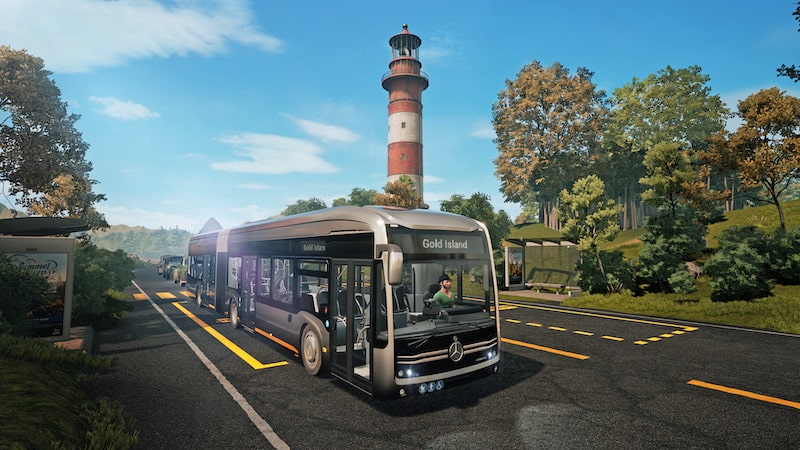 Objects In Mirrors May Be Slower Than They Appear

While boarding and alighting, passengers will often clip through each other as they walk down your bus’s aisle, and the characters are not much brighter behind the wheel, either. Other traffic is light at best, with occasional build-ups at traffic lights and zebra crossings, but you’ll usually find a concession of cars dawdling along in an almost insultingly obvious, programmatic manner.

On a technical level, the game looks fine on PS4 but there’s just no flair. It’s a generally uninspired world filled with moronic AI – it’s clear that accurately presenting the licensed buses was the main priority for the developer.

Even while playing the game on PS5, the frame rate in your bus’s mirrors is noticeably lower than the world around you, as vehicles and pedestrians stutter into and out of sight to an almost distracting extent.

Bus Simulator 21 expects you to treat the game like a simulator; if you’re a bus fan who’s happy to do so, you may find yourself whittling away through dozens of laid back hours here, but for the average player there’s simply not enough variety in the gameplay to keep things interesting on a long-term basis.

Euro Truck Simulator 2 and American Truck Simulator prove that it’s possible, but Bus Simulator 21 on PS4 misses the mark for the average player. Perhaps the next iteration could take advantage of the PS5’s increased power to deliver a more convincing experience.

Bus Simulator 21 offers a cathartic toy box for the most dedicated of bus fanatics, with dozens of hours of gameplay hidden beneath its flaws. Unfortunately, it misses the mark too often and in too many ways to warrant a recommendation to anyone outside of its extremely niche audience.