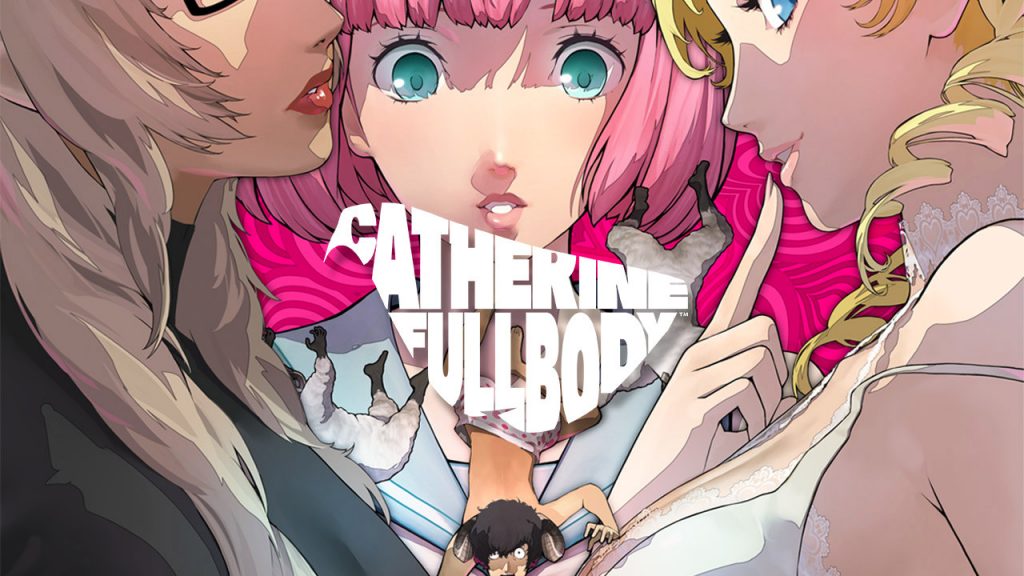 A few years have passed since I last attempted to play Catherine on PS3. I struggled and struggled but couldn’t find my way through the puzzles. Anyone who knows me gets a good laugh at how badly I perform working with puzzles.

Regardless, Catherine had that appeal, style, and whimsy that made me want to get better at it, my gaming white whale, as it were, inevitably leaving me defeated for a long time. However, some of the new features in Catherine: Full Body had me ready to jump right back into the fray again.

The general Catherine storyline remains the same in Catherine: Full Body, with the biggest additions and adjustments revolving around Qatherine, or Rin, the newest companion to join the game. Rin is soft spoken and doesn’t impose herself anywhere, but she greets everyone with a genuine innocence and a profound worldview, a combination that couples extremely well. The team behind Catherine attempts to approach some more modern circumstances with Rin, and one particular point in the game comes to mind when I think about this subject.

I don’t think about the fact that Vincent has a lapse in judgment and freaks out. Rather, I feel bottle-necked into how the narrative doesn’t give me a choice in that interaction. Vincent learns the truth about Rin, and up until that point, Vincent had begun to see things from new perspectives and grew as a character. Even after his bad reaction to Rin, he felt downtrodden and guilty for not having reacted better.

This is exactly where I’m at with Catherine: Full Body. The game does so many things well, but choice is not one of those things. Even before Full Body, all the choices only affected events in the last couple chapters. Vincent’s reaction to Rin occurred in chapter 5 of 9 total chapters, yet the way I had directed Vincent in my mind would have seen him react more like I would have: equal parts surprised and curious. Vincent felt genuine affection for Rin, even after the discovery, so the fixed narrative delivery feels a little off to me.

The possibility of reconciling with Rin is still there in the last couple chapters, of course, and I appreciate this aspect of the story. Regardless, the lack of choice in this first moment leaves me feeling cold. Perhaps the team would have benefited placing that reaction scene closer to the end of the game, where choice truly affects the outcome.

As mentioned in the introduction, a couple new features had me ready to jump back into Catherine. The biggest motivator for me was Safety Mode. This means that I could be stumped by a puzzle and just let the game play it through for me. Having that fallback gave me a sense of relief that I could still consume the game proper without an almost inevitable failure.

However, for the sake of integrity, I muscled through on my own. In fact, I chose Remix Mode. Remix changes up some of the blocks you see, putting in more Tetris-like pieces on the board rather than having the board filled with cubes. Remix runs alongside the difficulties, so you can mix and match how challenging you want the board to be. I preferred Remix Mode, simply because it reduced the amount of variables I had to deal with, making it easier for me to interpret what I saw.

The original game featured the Colosseum mode, which allowed you to take to puzzles with a local combatant. Alongside that comes an online version of Colosseum, simply called Arena. There, you can play with or against friends or have matchmaking find you an opponent. This mode even offers ranked matches in both normal and Babel puzzles, which are even more challenging.

The old mixes with the new

The heart of gameplay in Catherine retains its old self, offering up that challenging gameplay in a stylized environment that only Atlus can provide. This carries through from gameplay into the semi-slice-of-life you see in The Stray Sheep, a local dive where you interact with locals you meet in your nightmares. Accompanying this scene is a jukebox filled with old and new songs, and a few from the Persona series made their way into the tracklist. I have to say, I’m quite fond of the remix they created for the song, ‘YO’.

Most new scenes work into the already-linear storyline nicely, but a few lack a real sense of unity to the whole. A few times, random insignificant people jump into the scene and interact with Rin in some form or another. Oddly enough, while they show Rin in her element nicely, they feel more shoehorned into the narrative. These random people also disappear the moment the cutscene ends, leaving only the standard NPCs you find in the bar. Interacting with people plays a big part in this game, and adding random people just to deliver a scene leaves a bit of a disjointed feeling behind.

Without a doubt, Catherine: Full Body still offers up fantastic gameplay and and intriguing enough narrative to keep you jumping back into Vincent’s nightmares. One particular narrative misstep alongside some seemingly shoehorned scenes hinder an interesting story not often found in this industry. With a competitive online mode to boot, Catherine: Full Body offers up a PS3 cult classic with its own unique touches.

Catherine: Full Body brings a PS3 hit title to the PS4 with its own modern additions. Not everything is ironclad, but Full Body still shines despite its shadows. With new modes, a new character, and new ways to puzzle, Catherine: Full Body adds to the heart of the original in intriguing ways.