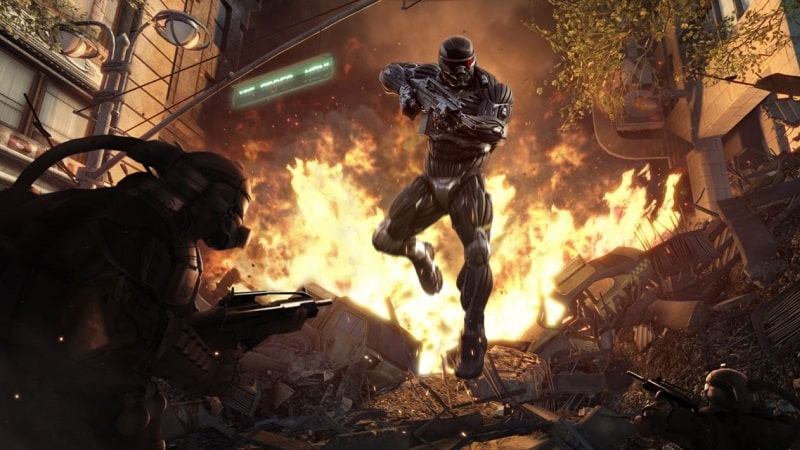 Crysis 2 Remastered PS4 review (tested on PS5). If you can cast back your mind to when Crysis 2 released back on the crusty PS3 more than ten years ago, the impression that you’ve likely formed in retrospect probably isn’t too kind at all, thanks to a distinctly dated visual presentation that exposed a technically underpowered machine trying to tackle what was then regarded as something of a PC gaming titan.

Thanks to the practised hands over at Saber Interactive, Crysis 2 returns to PS4 in newly remastered form, not only bringing a much needed coat of contemporary paint to Crysis the Second, but also serving to remind us all that underneath all that technical glitz and glamor, Crytek have fashioned an excellent first-person shooter that beautifully balances boisterous, eye-opening spectacle with nuanced player freedom.

For those who have not yet been initiated into the plot of Crysis 2, Crytek’s sequel takes place after the end of the first game (yes, I know – what a revelation, but bear with me), where the alien threat has spread to New York City and so our Nanosuited hero must take the fight to these ferocious enemies and the human faction that appear to be working alongside them. 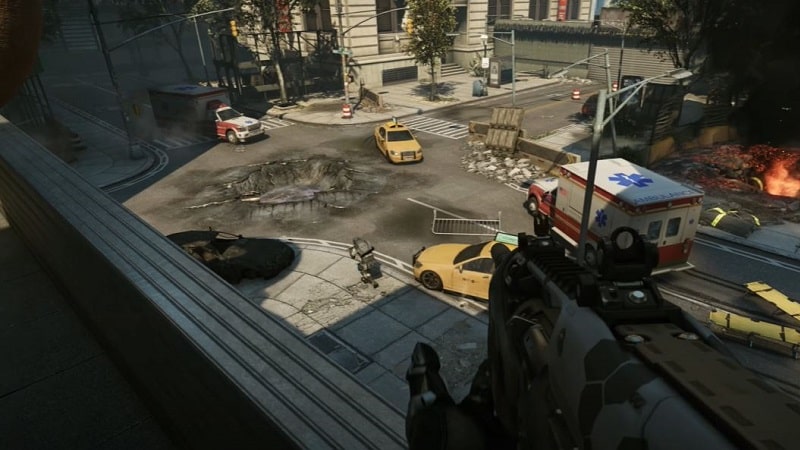 Sure enough it’s hardly the stuff of science fiction sophisticates, but the setting and characters really aren’t why players gravitate to Crysis 2, or indeed any of the Crysis games, in the first place. Whereas Crysis (you can catch our review of Crysis Remastered right here), was a much more open world style affair that allowed players ample agency to define their approach, Crysis 2 Remastered is a much more linear affair which funnels the player through a smaller, though ultimately more densely packed series of areas than what we saw in the first Crysis game.

In practice, though Crysis 2 Remastered certainly lacks the breathless and wide-ranging geographical freedoms of its predecessor, it hasn’t abandoned that design at all – but merely refocused it in a more linear setting where you still have sufficient freedom to approach any given situation in a number of different ways depending on your playstyle. Bestowed with all manner of abilities both obvious and nuanced, the Nanosuit which powers your violent escapades can provide you with quite the kaleidoscope of tactical possibilities that fit into whichever approach suits you best.

While the variously handy vision spectrums allow you to scout out and identify potential foes and opportunities at range prior to embarking on some kind of action, it’s really the Nanosuit’s in-built abilities such as enhanced armor, invisibility and so on, which provide players with a means to truly facilitate a smashmouth confrontation or stealthy approach accordingly. Or you can always power-kick a car into a bunch of dudes – however you progress is up to you for the most part and in this sense, Crysis 2 still manages to prescribe more freedom than most shooters do these days anyway. 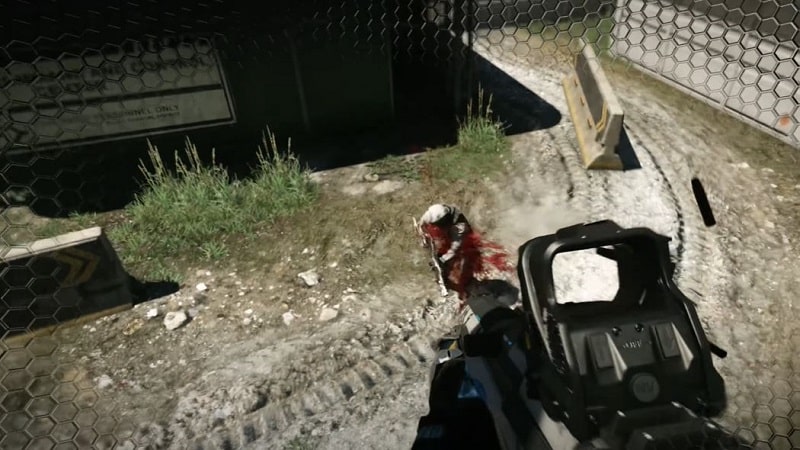 Where Crysis 2 excels however is that this freewheeling approach is actually built upon solid gunplay that not only feels great to engage in, but both feels and looks great to boot. Each firearm you’ll get to grips with in Crysis 2 Remastered has a number of different attachments, such as silencers and so on that can be used to compliment a chosen tactical approach, but really it’s how they feel and sound that really cements how great they are to use. Feeling appropriately thunderous in your hands when unleashed upon unsuspecting foes, every single firearm in Crysis 2 Remastered is quite simply a delight to employ.

Crysis 2 Has Never Looked Better And Really Shines On PS5

Though Crysis 2 makes much of the freedom it allows players to have when it comes to navigating through the game world, it also has more than its fair share of cinematic spectacle too. From high destruction tank missions to massive alien craft crashing through towering skyscrapers, Crysis 2’s penchant for epic Hollywood style theatre remains as compelling and retina-searing now in 2021 as it did back in 2011.

Naturally such spectacle is a natural way to show off the visuals of a game like Crysis 2 and in its remastered incarnation on PlayStation consoles, it has never looked better. Benefitting from an absolute deluge of across the board visual uplifts that not only supercharge the resolution and framerate (on PS5) but also implement an array of new effects, Crysis 2 Remastered looks sufficiently polished enough that it could be mistaken for being natively released this year rather than a decade ago, 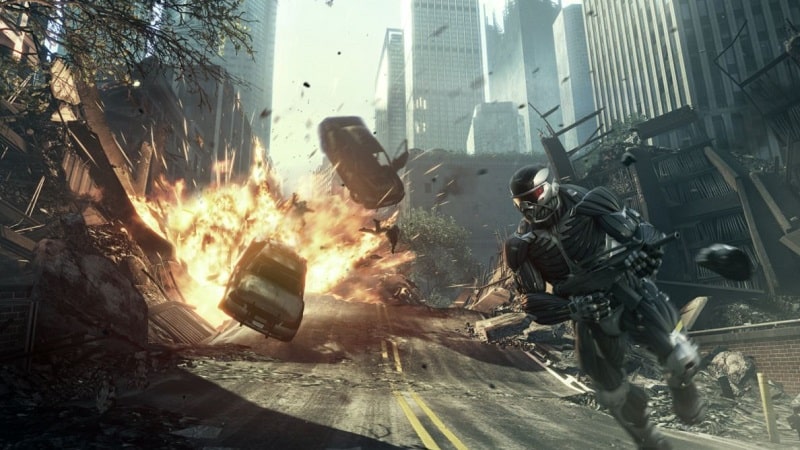 Of course, while Crysis 2 Remastered still looks great on PS4 and PS4 Pro, it’s PS5 owners that really make the most of the visual bounty that Saber Interactive has concocted here. Super sharp 4K resolution visuals coupled with a blistering 60 frames per second framerate not only make Crysis 2 Remastered look the best it ever has on PS5, but also play the best it ever has too thanks to the massive increase in responsiveness afforded by that doubled frame rate.

Happily while I can report that Crysis 2 Remastered has launched in a much better state than last year’s remastered prequel, there are still a small handful of visual bugs and glitches, such as occasionally faulty lighting effects and floating objects, that can tarnish the otherwise stellar and robust visual presentation that Crysis 2 Remastered offers. A bigger issue for some sadly, will be that while Crysis 2 Remastered boasts a range of unlockables and collectibles for folks to hoover up, it’s also missing the multiplayer mode which was later redacted from the PC version of Crysis 2. Sure, this might seem like a churlish criticism, but after recalling how much fun Crysis 2 multiplayer was on PC, its absence from the console versions of the game is still keenly felt nonetheless.

Quite unlike the shaky launch that blighted the release of Crysis Remastered last year, Crysis 2 Remastered is a success. Providing contemporary PlayStation gamers with a beautifully polished lens with which to play one of the most underrated shooters of the last ten years, Crysis 2 Remastered is quite simply a great shooter which balances spectacle with freeform agency that everyone should make time for.

With a delectable coat of contemporary sheen applied, Crysis 2 Remastered is a stunning way for PlayStation gamers to experience one of the most spectacle stuffed and surprisingly ingenious shooters of the last ten years that manages to strike a fine balance between bombast and clever open world design.