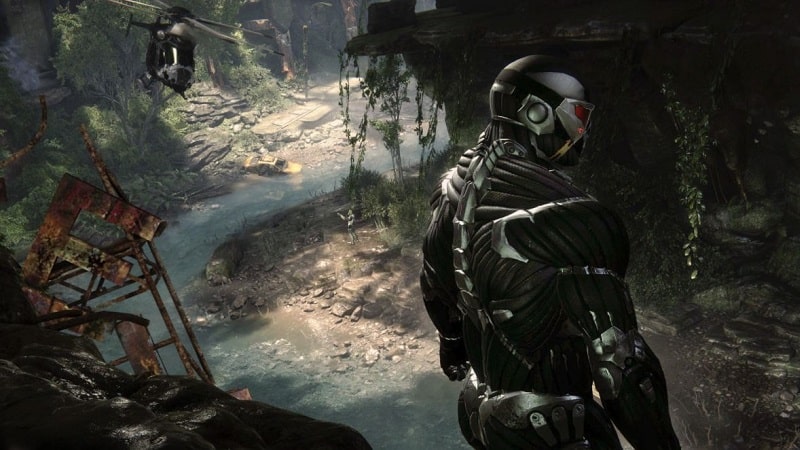 Crysis 3 Remastered PS4 review (tested on PS5). Much like Crysis 2 Remastered before it, Crysis 3 Remastered eschews the broader scope of the original Crysis for a much more narrowly focused affair that nonetheless manages to blend with a sense of freeform gameplay that essentially results in non-linear design embedded within a linear framework, if you will.

Previously released for the PS3 at the tail end of its tenure, like its immediate predecessor Crysis 3 also finds its way to contemporary consoles where the increased horsepower can be brought to bear in such a way that it not only enhances the original experience for those of us old enough to played the game two PlayStation generations ago, but could also compel new players into its fold.

A New Coat Of Polish Adds Layers Of Delectable Current Gen Sheen To A Snappily Entertaining, If Linear Shooter

Once more putting our Nano-suited protagonist in the firing line of the nefarious C.E.L.L. corporation, Crysis 3 Remastered is without a doubt the most linear of all the Crysis games released to date. A far cry (if you’ll excuse the meta-pun) from the first entry in the Crysis trilogy which prided itself on providing players with a sizable open world which in turn facilitated sufficient creative latitude of play, Crysis 3 instead doubles down on the more linear structure of Crysis 2 and follows that design trajectory with rigid determination to an endpoint that won’t be for everyone. 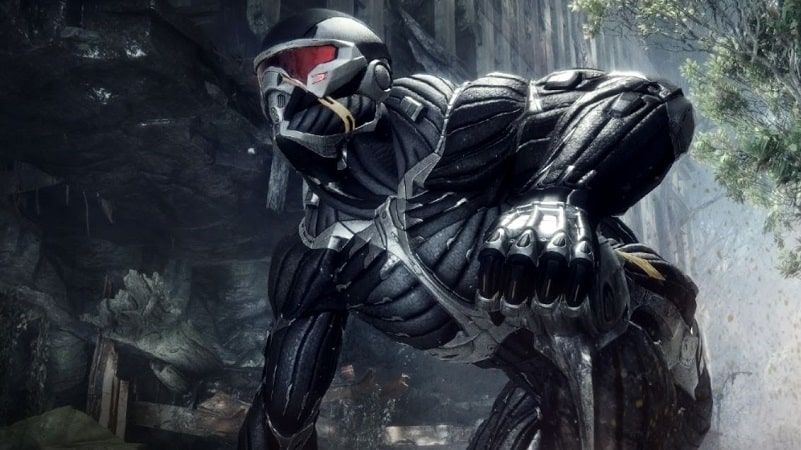 As such, if you’ve not had any previous exposure to Crysis 3 (you can catch our review of the PS3 version here) but enjoyed the first Crysis or indeed any current open world first-person shooter, then the sardines-in-a-tin style approach of Crytek’s threequel, where open world agency has been sacrificed at the alter of prebaked Hollywood spectacle and the frequent manifestation of invisible walls, will likely fail to ensnare your attention sufficiently.

That said, as dramatic as my description has made the fall from freewheeling player agency into linear gunplay seem, Crysis 3 hasn’t given up that particular ghost entirely. In manner more akin to the tightly controlled agency of Crysis 2 rather than the unfettered freedom of the first game, players are still provided a modest amount of scope with which to approach various situations – permitting ample oscillation between all out combat and more considered, stealthy avenues of play depending on your preference.

Naturally being Crysis, each of these approaches is underscored in turn by the functionality provided by the series iconic Nanosuit. From invisibility, to increased armor and super strength that lets you kick boot a multitude of heavy stuff into the faces of your enemies, Crysis 3 certainly provides players with a familiar degree of freedom with which to go about their shooty business – it’s just a shame that relatively speaking, such freedom feels more like a afterthought rather than a meaningful attempt to reembrace the freewheeling essence of Crysis original design bedrock. 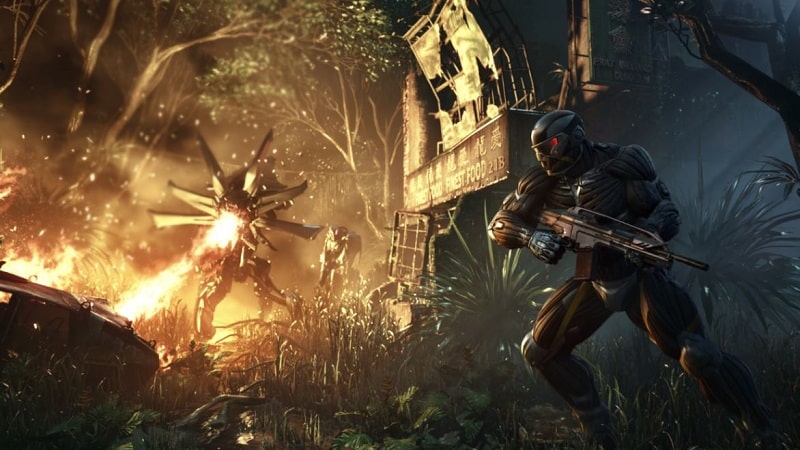 Of course the flipside of this argument is that for folks who have found themselves compelled by the much more linear nature of current shooters in recent years, the leveraging of such conservative design principles by Crysis 3 Remastered will hardly seem anywhere near as jarring. And solely on its merits as a linear face-shooting fest that is liberally stuffed with Hollywood style bombast and a snappy duration (you’ll see the credits after 12-15 hours of play), Crysis 3 Remastered nonetheless gives a commendable account of itself as a visually attractive and mostly linear shooter offering that respects your time duly.

Sadly like Crysis Remastered 2 before it, Crysis Remastered 3 also finds itself somewhat struggling to justify investment in itself beyond the trappings of its single-player campaign. Though the usual array of collectible bits and pieces abound for trophy chasing purists to stick their beaks into, the omission of Crysis 3’s highly entertaining multiplayer mode invariably tarnishes its long-term allure and makes the compact, linear levels of the game wear out their welcome a touch faster than they perhaps otherwise would.

With its ‘Remastered’ suffix steadfastly appended to its title, Crysis 3 Remastered represents yet another formidable demonstration of Saber Interactive’s porting prowess. Breathing new life into a game that two PlayStation generations ago appeared sluggish and rife with visual compromises, Crysis 3 Remastered repeats the impressive feat that Crysis 2 Remastered managed before it, fashioning an often jaw-dropping remaster that not only looks excellent on last-gen PlayStation platforms, but also truly shines on PS5 with super vivid 4K resolution visuals that scream along at a liquid smooth 60 frames per second and bolstered by all new lighting, shadow and texture work to boot. 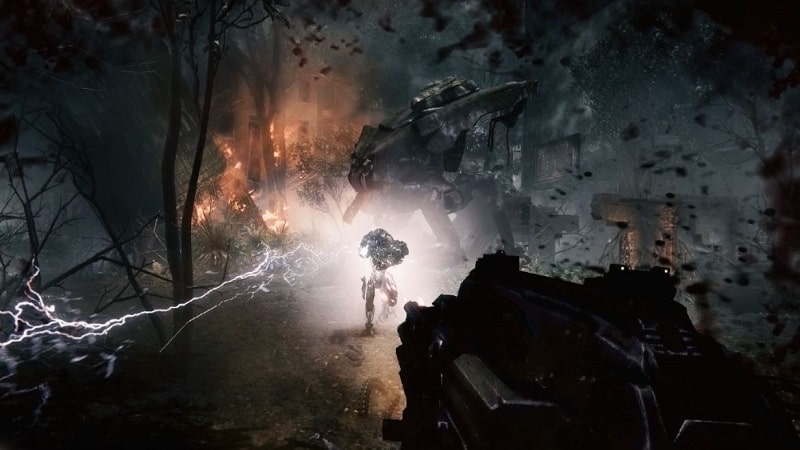 Free of the technical limitations of two generation old PlayStation hardware, Crysis 3 Remastered finally manages to provide PlayStation gamers with an experience approximate to the PC version of Crysis 3 that was so often uttered in reverent tones by furrow-browed, pixel-counting acolytes and cutting edge hardware enthusiasts back in the day.

Though the much welcomed uptick in visual presentation ensures that Crysis 3 holds its own with some of its more contemporary genre stablemates, it also makes Crysis 3’s original, stripped back ambitions seem as cloyingly frustrating now, as they were all the way back in 2013. Crysis 3 Remastered is certainly an attractive, though linear shooter whereupon its somewhat brief playtime acts as a boon in this new, busier world that we live in where time is a premium and such brisker experiences are arguably more valued now than in decades past.

However, the layers of polish and visual opulence that have been generously lathered across the exterior of Crysis 3 Remastered by those practised hands at Saber Interactive also reveal something of a troubling dual truth. Not only is Crysis 3 arguably the weakest entry in the trilogy, but it also represents the nadir of that wonderfully freewheeling ambition which gave the series life in the first place – an ultimately opulent, if depressing monument to how far the series has fallen, now given fresh and dubious majesty to an all new generation of gamers. If however, you’ve always held a deep love for Crysis 3 and/or linear shooters in general and would relish the opportunity to play Crytek’s shooter threequel in its most technically accomplished form, then feel free to add a point or two to the score below.

A compact and distinctly linear shooter, though Crysis 3 Remastered has been fashioned into a spectacular looking effort that stands proudly alongside other recent blasters from a technical standpoint, its overly linear trappings will likely disappoint those who appreciate the more open world approaches that the previous two Crysis games employed. All the same, fans of more prescribed genre efforts will still find a lot to like here nonetheless.