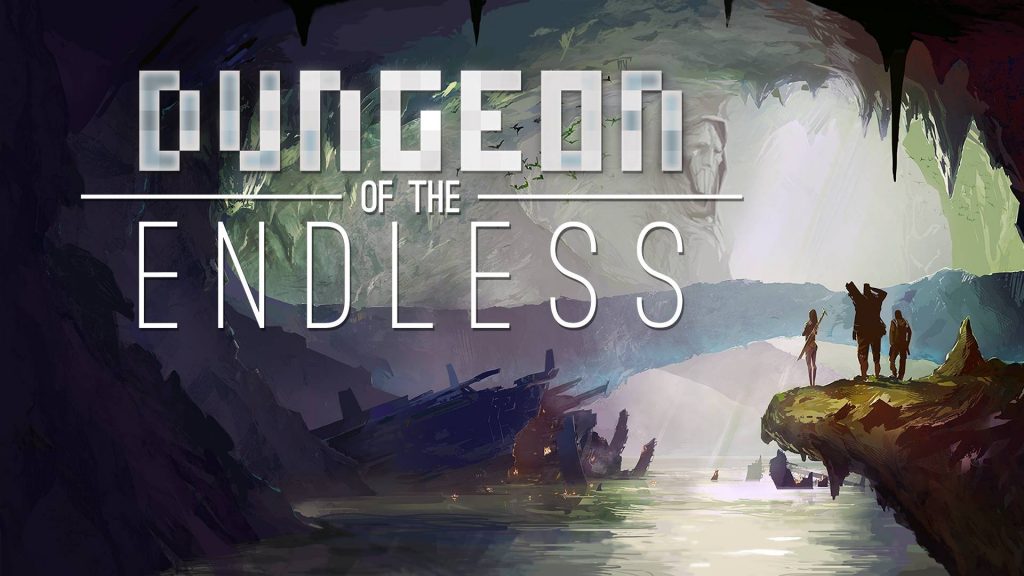 I am just going to come right out and say it; Dungeon of the Endless is one of the strangest cocktails of video game genres I have ever played. It’s a shot of tower defence with two shots of RPG and a sprinkling of real-time strategy all poured over a glass of cold roguelike ice. That does not mean the cocktail tastes bad though. In fact, once you get used to the taste, the cocktail has a beautiful, deep and intricate flavour that will last you a very long time. This strange mix of genres has been out a while on other platforms and now, it has finally come to the PlayStation 4.

Dungeon of The Endless PS4 Review

I will be very honest with you, when I first started playing Dungeon of the endless, I found it very overwhelming. From the game’s unique gameplay loop to its mix of various game styles, there is a lot of information to take in early on. There are a lot of systems to manage, a lot of things to monitor and during your first few games, it can be hard to piece it all together. Each genre thread by itself is easy to understand, however, it’s how they blend together and how you manage the interactions of these genres that takes time to acclimatise to.

The very fundamental tutorial shows you the basics but does not really explain how certain things work or how the various systems function in unison. I normally like this in a game, figuring things out for yourself but on this occasion, I felt a bit more explanation in the tutorial would have gone a long way. I muddled through initially and had very little success, there were just small things here and there I was not too sure about. However, underneath all this uncertainty, I could see that there was a very good game lurking, just waiting to be explored.

In Dungeon of the Endless, you control a set of rag-tag characters who are trying to escape a crashed space vessel and get to safety. To do this you must carry a crystal to the end of each floor as a team and make your get-away. Sounds easy right? Nope, not at all! Each randomly generated floor is full of monsters, hazards and an all manner of randomly generated happenings and events. Apart from the usual roguelike elements Dungeon of the Endless plays differently to anything I have ever played before.

You have four main resources to manage. Dust, which governs your energy pool, which rooms can be lit and powered with but more on that system later. Food, science and industry are used for different elements to make your run through to safety as smooth as possible. Food is used for levelling up your characters and healing them. Science is used for researching new technology and industry is used to build new ‘tower defence’ style modules. How you generate and manage these different resource pools is vital.

You start each run with a sparse amount of each resource and then it is up to you to try and generate more. You can find little bits of each resource when unlocking new rooms but your main way of increasing your production is to build modules using your industry. In some rooms, the floor has slots for you to build on. Major slots are used to build resource generators and bigger pieces of tech, while smaller slots are used for defences, weapons and other smaller technology.

You can already see how some of these systems are fitting together, your construction and defences are all governed by the production of resources, which is in turn governed by your building of generators. It’s a cycle that must be managed to perfection to succeed regularly. Being a roguelike, each run is different. You need to think on your feet, adapt quickly and sometimes even just throw your plan out the window and wing it. Some of my favourite runs through the game were when everything went to shit and I managed to scrape through by the skin of my teeth.

So, now we have the building and resource management explained it’s now time to move onto the light, dust and enemy wave systems. Dust is different from the main three resource pools. It gets reset every floor, unlike the other three and governs what rooms can be lit. When you first enter a room it is dark, unpowered and may have enemies lurking. It is then up to you whether you want to light it up and give it power. Enemies do not spawn in lit rooms and you cannot build defences or resource generators unless it’s powered.

This system leads to some unique gameplay moments, you never have enough dust to power up all of the rooms on the floor and you must decide which sections to light up. Every time you open a door there is a chance for a wave of enemies to appear anywhere dark rooms sit on the floor. You can use light and dark to funnel enemies into your defences, set up traps and how you use your dust, as well as the other systems becomes extremely important. Leave too many dark rooms, risk more enemies, spread out your dark rooms, enemies will spawn from more directions. It’s a constant battle trying to minimize your chances of a gruesome death.

Every Game Is Unique

With the game being a roguelike, there are your normal roguelike elements in the game. Random shopkeepers, events, chests, loot, weird room layouts, a multitude of unlockable characters and multiple little quirks you will need to negotiate. As I stated earlier in the review, Dungeon of the Endless seems quite complicated early on but as I started to get used to the games many elements and systems I really started to like it. It is like nothing else I have played before and it becomes very addictive the more you discover and the more you understand.

On each floor is an escape room, you must carry the crystal from your starting room to this room while surviving wave after wave of enemy attacks. This is where your research, defence placement, room lighting tactics and character development all come together and you see how your planning and strategy play out. Normally quite badly but sometimes, just sometimes, it plays out gloriously. Your defences hold, your characters carry the crystal to the exit and you don’t end up smeared up a wall somewhere.

All the characters are diverse and have different skills to use and unlock. It pays to experiment and some of the skills really help, if you are playing I recommend the skill ‘operate’. It will help massively, it will massively boost your production of resources. There is also character interaction between floors. Due to the crashed ship having a multitude of characters from prisoners to crew members, your team can be made up of a mixture of personalities. In-between floors, in the elevator, you get some nice interaction between them. It’s a small thing but a fun thing nonetheless and if your lucky, it can provide your team with unique skills.

Graphically I think Dungeon of the Endless is beautiful. The pixel art is simple yet attractive. Everything from the lighting, the environments and the enemies look amazing. I love pixel art though so some people may not enjoy the art style as much as me, I think it suits the game perfectly and I adore it. The art style gives the game a dank dark feel, some rooms are slimy, dull and horrid. As you are lighting up each floor the pixel art really shows how much care and detail has been given to each aspect of the game. It’s plain but at the same time, very attractive.

The sound design is also of the same high standard. The music and sound effects add to the game’s mystery and along with the art style really combine to make something that looks and sounds unique. There are small audio cues that you start to recognize and they really help you play the game more efficiently. I could eventually recognize what happening on the other side of the map by the sound effects. This is a testament to the games great design and good work on the sound effects.

On a technical level, the game performed well most of the time. There was the odd stutter when massive amounts of enemies and projectiles on screen but it was rare and not too irksome. It happened more the further I progressed in a run and hopefully, it can be ironed out with a patch. When you are in the mix and trying not to get anyone killed, it’s not too distracting. I had zero crashes, zero bugs and I while thoroughly enjoyed my time trying to escape from my crashed ship, I just hope the slight freezing and stuttering gets fixed soon.

Dungeon of the Endless is overwhelming to start with but if you give it time you will grow to love it. You will initially spend a lot of time experimenting and working out how everything fits together does but it is certainly worth it. I wanted to understand it that much I even watched some PC game tutorials, which helped me massively. It shows how much I was enjoying the game, I was watching, reading and understanding it more day by day. Each subsequent run I got further and when I started to become efficient and good at the game, I fell in love with it.

Each run takes a while to complete and I still have so much to learn and discover but I cannot wait to learn more and improve myself further. If I was to speak about the whole game, much of which I have not even mentioned, I will be here all day. It is brilliantly designed, it’s beautiful to play and respects the players’ intelligence to get through the game how they see fit. No solution is set in stone, you must be malleable and it’s brilliant to see what you have created work, and you as the player succeed. It’s splendid. Right, I am off to play some more, I may be a little bit addicted.

Dungeon of the Endless is out now on May 15 for PS4.

Brilliantly designed, deep and rewarding, Dungeon of the Endless will be something I will play for a long time to come. Every time I play I learn something new, some nugget of experience to improve my next run. There are so many ways to play, so many things to manage and every game is unique in so many ways. It is a mashup of genres that will please a lot of players, roguelike, strategy, tower defence or RPG. If you like any of those genres then you will love this game. Dungeon of the Endless has a lot to offer and I love it.

Dungeon Of The Endless