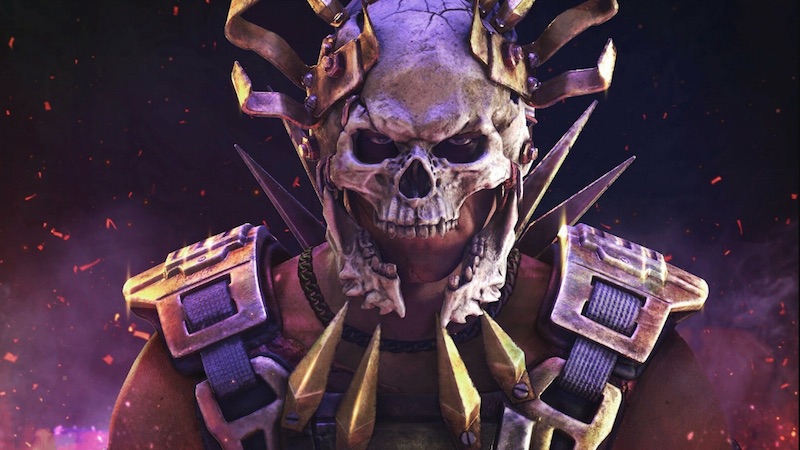 Dying Light 2: Bloody Ties PS5 Review. Dying Light 2 gets its first major DLC pack with Bloody Ties. Can Techland’s latest slice of zombie-slaying and parkouring do the job? Find out in our review.

Techland showed it had the chops when it came to DLC for the original Dying Light, with a smattering of smaller side stories, a medieval-themed rogue-lite mode, and an expansion that added new vehicles and a whole new area. So, my expectations for Dying Light 2’s first major DLC release were naturally high. In certain ways, it exceeded my expectations, but isn’t without its drawbacks.

An Expansion That Mashes Challenge Rooms With Narrative

Bloody Ties is a bit of a hybrid DLC. It’s a brand new story with a brand new environment to explore just outside Villedor, the city featured in the main game. It’s also essentially a bunch of challenge rooms mushed into a narrative. This is no bad thing though. The protagonist of the main game, Aiden gets sucked into the seedy world of a secretive fighting tournament and ends up traveling to Carnage Hall, a place where all sorts of wild events take place and the prize is a move up the rankings whilst failure is death. 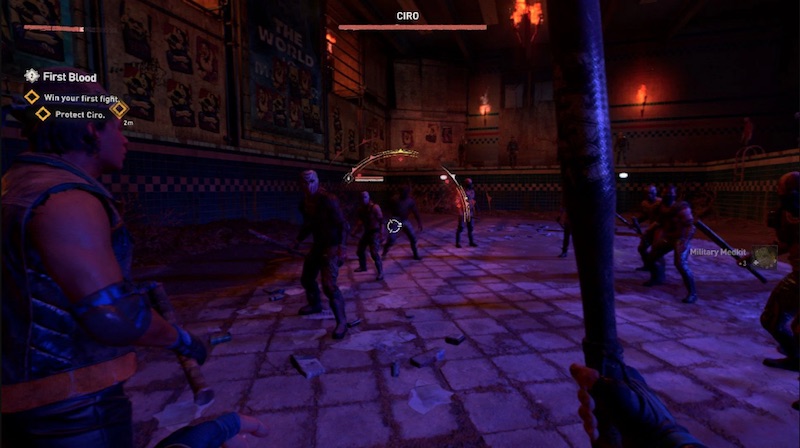 Aiden must (slightly) reluctantly overcome the odds of the competition and save the son of a former champion who has some serious misgivings about Carnage Hall’s current direction.

The meat of Bloody Ties comes from the events, but there’s a nice smattering of side missions that take things away from it now and again. This is a significantly smaller area than the main game map, but it has life and personality of its own. It even finds time to send you back out into the main map on occasion, ensuring there feels like there is a connection between the places.

What ties it together best however is that Carnage Hall is another messed up community of aggressive oddballs and psychopaths, with a hierarchy that is naturally just as diversely offbeat. Just like the ones in the main campaign.

Prove Your Worth Against Carnage Hall’s Undead

Before throwing you to Carnage Hall’s undead, the showrunners ask Aiden to prove his worth in a series of qualifying events around Villedor. These are a rather blunt force introduction to the sort of thing Aiden will face when he does qualify. 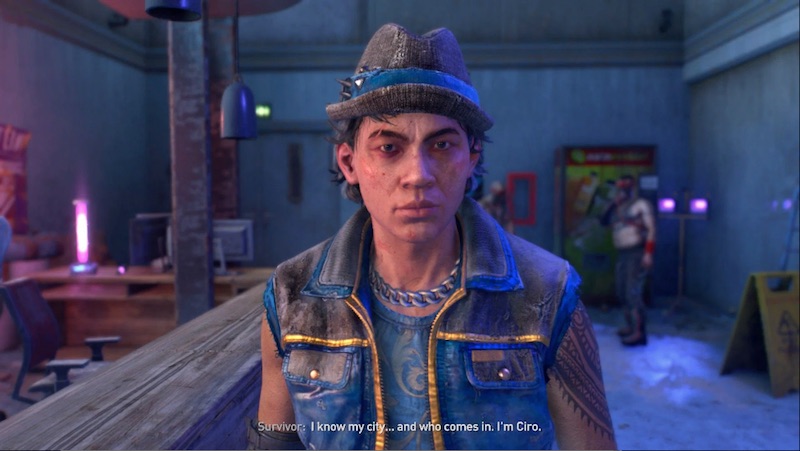 They all revolve around some sort of vulnerability; taking a set amount of runners out in a flare-lit park or hitting checkpoints at street level during the night, for example. They certainly ensure you’re good and ready to tackle the DLC, that’s for sure.

At Carnage Hall you are presented with a three-tiered set of events and initially can only select from a handful of the bottom two tiers. The more challenging the event, the higher your ranking goes, and just in case that wasn’t enough motivation, there’s special tokens to be earned for new costumes and weaponry. The events are part of the story being told, but they also have legs beyond it thanks to a raft of unlockables.

So what of these events then? The general rules are that you only get the tools provided by the promoters and have to think about how best to utilize them for the challenge at hand. In many cases it’s Dying Light stripped down to the bones and ripping away the security blanket. These challenges are a test of everything you have learned up to this point, with the crutch of many of your tools kicked out from under you.

An early example is a recreation of Harran, the setting of the first Dying Light. A set of timed objectives must be completed to ‘win’ including powering on generators, and parkouring away from the deadly Volatiles. Others include one-off boss arenas with Aiden battling against unique variants on existing enemies, tight time limits, and a stripped-back toolset, deadly parkour chases, and gameshow-style courses where Aiden must infiltrate a castle and wheel out a cart full of ‘gold’. In Robin Hood style. 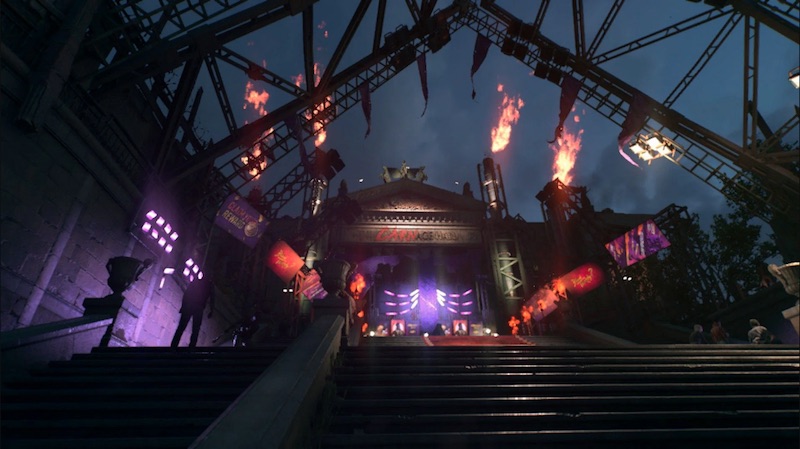 Even in the earliest, easiest challenges, there’s a cold, uncaring pressure on you. Items can be picked up around the arenas, but when many situations call for haste, there’s a sweat-inducing accuracy needed in every thing you do.

As with Dying Light 2 in general, there’s a fine line between flow and frustration that can render the events a clunky, aggravating slog. When you hit the beats just right though, there’s no beating the adrenaline joy of Dying Light 2’s parkour and melee combat combination, and Bloody Ties does a great job of centering those qualities.

Outside the events is the story, and while it has some interesting moments thanks to some of the new characters, it very much feels like more of the same. It’s not the issue it might have been if the gameplay was identical to the main campaign, but it’s both to Techland’s credit and detriment that the sinister politics of Carnage Hall wouldn’t feel out of place in the main game.

It’s great because it doesn’t feel disconnected from Dying Light 2, but I may have liked something a little more distant and consistent as the original game’s fantastic The Following expansion.

There’s obviously still time for that of course, and in the meantime, Bloody Ties offers up a sizable chunk of fresh Dying Light 2 action in its purest form.

If you’ve finished Dying Light 2 and mastered its parkour and combat, then Bloody Ties makes for a greatest of strength for your abilities. The story doesn’t add all that much, but this DLC distills Dying Light 2’s combat and traversal to its purest form.