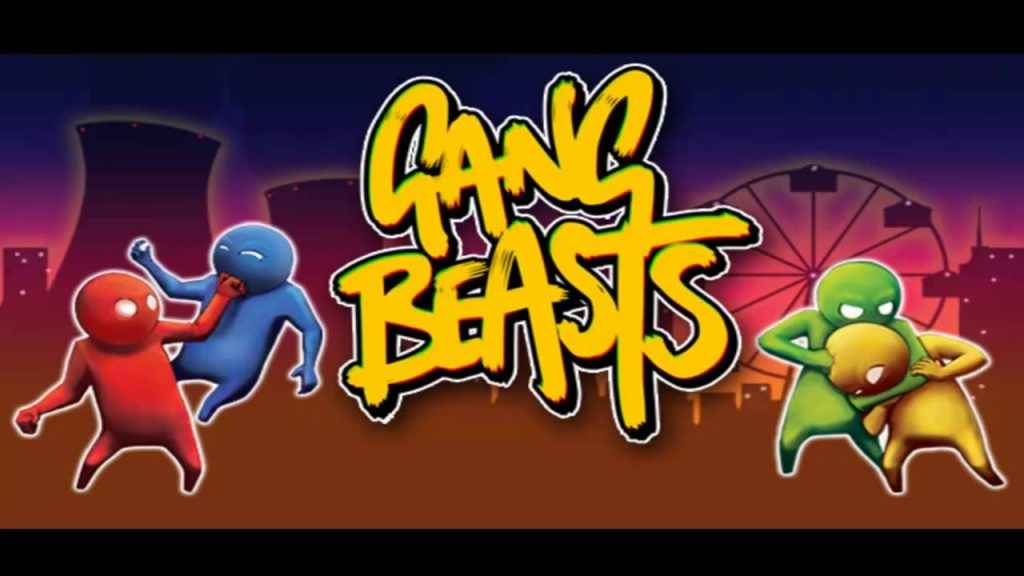 It’s fair to say that Gang Beasts doesn’t do much by the book. Indeed, local multiplayer games are almost by design, supposed to be simplistic and obvious affairs that can be picked up by players and engaged without the need to learn complex game elements or mechanics. Gang Beasts however eschews this notion a tad; offering up a physics based multiplayer brawler that boasts deceptive ingenuity and hearty, belly laughs in equal measure.

On the surface, Gang Beasts premise is simple enough to grasp that anyone can pick up a controller can get stuck in with precious little prior knowledge or tuition. Simply, all that needs to be done is as one of eight ‘Beasts’, you are tasked with throwing all the other Beasts out of the arena until just one of you remains.

Where things get a little less simple is in the manner in which Gang Beasts handles its numerous acts of wanton violence. Rather than prescribing a series of accurate commands that have linear and decisive outcomes, (such as Towerfall: Ascension for example) combat in Gang Beasts is instead governed by a rag-doll physics system whereby players can use their gelatinous limbs to grapple onto surfaces, objects and more importantly, each other, as they seek to toss their foes into the great beyond.

The deliberately imprecise mechanics don’t lend Gang Beasts terribly well to sober or po-faced play, as confusion and frustration at the chaotic nature of the encounters can dull the lustre of what is otherwise a raucous experience. Get the drinks in however and as your own dexterity falls and your giddiness increases, Gang Beasts morphs into something else – a brawler where accidental falls and mistaken attacks are joyfully and collectively heralded rather than something to be picked apart and stewed upon.

Where Gang Beasts succeeds most keenly however, is in how creative it allows the cast of spongy fighters under its employ to be. The driving force behind the innovation in Gang Beasts battles is the physics system which allows the jelly-like creatures to grapple onto anything and everything. As such, attempting to eliminate other beasts is never straightforward and often ends up in rib-breaking bouts of hilarity, as your intended victim hangs on to some ledge, platform or even your own limbs, as you struggle to heft them over the edge for a quick elimination.

Certainly, Gang Beasts is as much a game for fighting game fans as it is for acolytes of mischief; those same individuals who like to drive around courses the wrong direction in racing games, or the online troublemakers who enjoy team-killing a little too much will find an endless bounty of mayhem to enjoy here.

Dovetailing into the enjoyably freewheeling nature of Gang Beasts combat are the levels, all of which are designed to exacerbate its particular brand of pugilistic pandemonium. Designed solely with the notion of unpredictable violence in mind, many of them are built to encourage Gang Beasts fetish with haphazard peril including panels that fall away to the abyss, meat grinders that instantly kill and much more besides.

They’re an innovative bunch of maps too, including a wrestling ring map that provides a WWE Royal Rumble esque mechanic to the proceedings, the idea being that you need to eliminate your fellow beasts by tossing them over the top rope to the floor, with the last beast standing being declared the victor. While another wacky scenario has teams of beasts divided equally between the top of two high speed trucks, as dangerous overpasses threaten to knock off those who aren’t paying attention and victory can be snatched from the jaws of defeat by holding onto the bottom of the truck when you seemingly fall to your death.

Where Gang Beasts doesn’t impress quite so much is in its presentation, which to be frank, is somewhat lacking. Gang Beasts has only just emerged from nearly three years in Early Access on PC and it shows; with occasional screen tearing, visual glitches and online functionality that simply needs much more polish than it has. Indeed, sometimes online matches begin with no players in the environment and then you get kicked out for inactivity because, well, you can’t do anything as there nobody to do anything with. So yeah, there’s plenty of work left to be done to smarten Gang Beasts up and this is something we are confident will be addressed by patch updates in the future.

Though Gang Beasts offers the co-operatively focussed soccer and Gang modes, the former self-explanatory, the latter teaming players against a squad of AI fiends, the bounty of Gang Beasts clearly lay with its default adversarial melee mode. More specifically, if you haven’t got the hint already, Gang Beasts is ultimately best enjoyed with a bunch of friends gathered around a single TV, where the laughter (and the beer) can flow in equal quantity.

The decidedly drunken and inexplicit scrappiness of Gang Beasts is not something that will serve it well in an attempt to endear it to folk who prefer absolute control in their games. By the same token however, Gang Beasts is an effort that does not ask to be taken seriously and in offering such flippancy, sets itself in a niche that very few other local multiplayer games can share. It might be rough around the edges and it could do with some extra polish, but Gang Beasts is a highly entertaining, intoxicated brute of a game that will serve as the perfect foil for any dour moods this holiday season.

Did you enjoy this Gang Beasts review? For more details on the game, check out the official hub for Gang Beasts.

Additionally, if you’re up for more split screen and local PS4 games to play with your friends, why not check out our feature on the best split screen PS4 games you can currently buy.

A stumbling and flailing spectacle of a physics brawler, Gang Beasts might have all the poise and grace of a bar dust up on a Friday night, but it remains hugely entertaining when played with friends all the same.