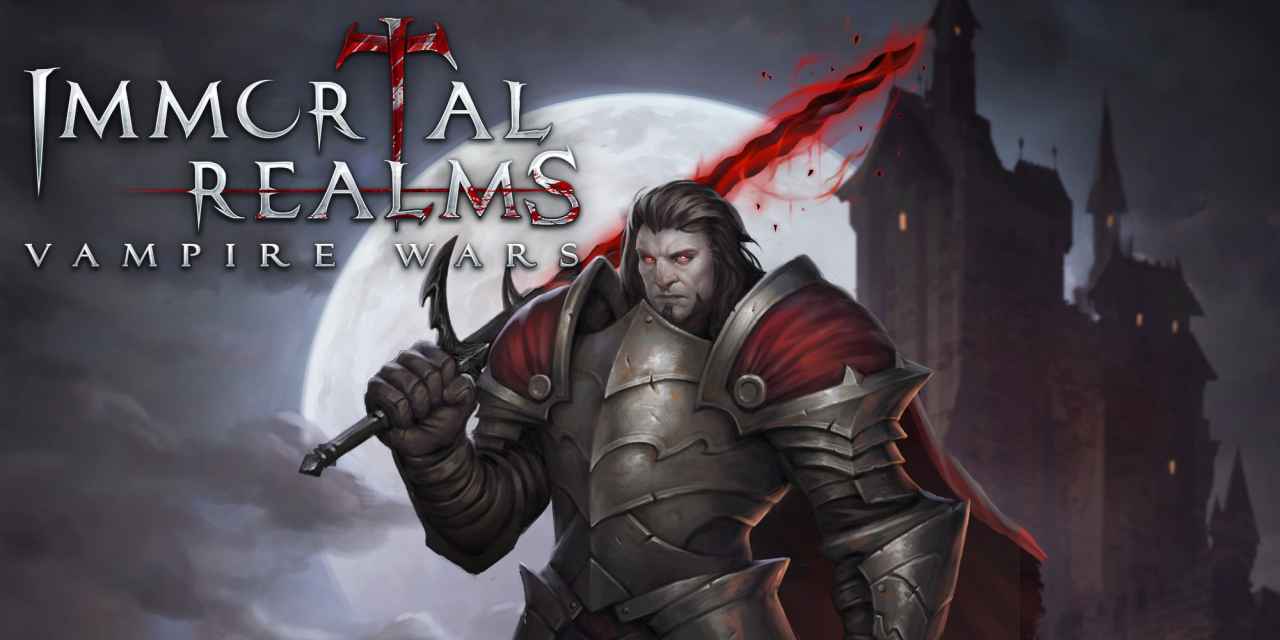 Immortal Realms: Vampire Wars PS4 Review – I always love playing as monsters. And I don’t mean playing as a kind, gentle monster that doesn’t really want to hurt anyone, mocked by the other monsters for their softness. I don’t want some stupid morality meter to quiver every time I take a chomp out of an innocent villager. No, I want to play as a down and dirty bastard, fully entitled to my monstrous ways and my elevated position in the world.

Immortal Realms: Vampire Wars, a new 4X strategy game on PS4, offers just such a power fantasy. Players control a cadre of vampire lords that are slowly taking over a large swath of Eastern Europe. These lords protect villages under their purview – for a price. But when need be, the don’t hesitate to convert a few peasants to supplement their army of the undead. And when things get truly dire, they don’t have any remorse over draining an entire village of blood to heal their troops.

Immortal Realms’ Tutorial Is A Struggle

But before you get into any of that throat-chomping strategy, you must first learn to play Immortal Realms: Vampire Wars – and I’m here to tell you that figuring this game’s interface out isn’t easy. Get ready to press a lot of buttons to try to ascertain how this relatively complicated game works, because Immortal Realms isn’t telling you. Hell, there isn’t even one of those diagrams in the Options menu to tell you what the buttons do.

It’s not that there isn’t a tutorial in Immortal Realms. There is actually a rather lengthy and comprehensive guided mission that the game provides to get you accustomed to the main concepts at play. The problem is, the tutorial insists on telling you what to do, without offering any clues as to how to do it. Stuff like “Play a card to recruit some villagers”, or “Allocate your points to increase your lord’s skills”, or “Use the Temple thingie to heal your troops”. Sure, I would be happy to, but what buttons do I push to do that, man?

A bad tutorial can absolutely sink a strategy game. Games of this complexity require a little bit of hand-holding. And I don’t care how familiar a player is with strategy games. Unlike shooters or platformers, there is no standard acceptable button configuration, and you can’t just tap the buttons to see what makes your character jump. You need to know how to open menus, how to close menus, how to shift the view, rotate the map, zoom in and out, the list goes on and on.

I would dare say that with games of this nature, the tutorial is the most important part of the game. I don’t want to sit there and try to figure out what magical combination of button presses will cast a spell. I don’t want to pour over the UI to try to figure out where each of my units’ mana is displayed (I still don’t know!). I am being dead honest when I say that if I were not reviewing this game, I would have thrown down my controller, walked away, and never looked back. Which is a damn shame, because Immortal Realms is actually a pretty cool game.

So, let’s just say for the sake of argument that you struggle through the tutorial, determined to get your forty bucks worth of gameplay from Immortal Wars. Well, lucky for you, there’s an enormous and engaging strategy title on the other side. Immortal Wars doesn’t adhere to any of the strategy standards you might be expecting – rather it is a patchwork of a number of different strategy elements lifted from the genre.

Developer Palindrome Interactive took a “kitchen sink” approach to strategy design. Large world map, with resources to capture? Yes. Grid-based JRPG tactical battles? Of course. Card-based ability system? Why not? The interesting thing about each of these elements, however, is how nicely streamlined they are. Yes, it is an ass-faced bastard to learn how to control Immortal Realms, but once you have a grip on things, the game flows fairly nicely.

You capture resources in the form of villages and cities, but after you level them up a few times you never have to think about them again. The grid-based battle system in limited to eight armies (which are basically characters with varying abilities) on each side, so things are kept fairly manageable. Those cards – which might have added a ton of complexity to the proceedings – are basically just a means to cast spells; no complicated deck-building required.

Essentially, you take your armies around the world map, capturing areas by pressing a button, and using whatever resources you find on them. Villages fold immediately in the face of your vampiric might, but cities tend to put up a bit of a fight. No matter – a quick jump into a grid-based battle typically sets them right.

When you come across any opposing armies, you typically can choose to fight or run away. Retreating allows a chance to run around and bolster your ranks – there is no time limit imposed on how many turns you take to return to battle. I often enjoyed running face first into an overwhelming opponent, then metaphorically sticking my vampire finger into the air and saying “Just one moment, please”, then running around gathering werewolves and flocks of bats to join me in smashing my opposition.

While there is no multiplayer in Immortal Realms, that omission suits me just fine. I don’t spend a lot of time in multiplayer in these sorts of games, as I often need to dip in and out of lengthy sessions due to time constraints. Immortal Realms does offer two very substantial modes with a ton of content.

Campaign mode has players working through an extensive series of levels loosely connected by an overarching story. It is best to think of each of these “missions” as stand-alone scenarios, as progress does not carry over from one to the next, and they can be quite lengthy. Immortal Realms remixes the rule set for these missions, which can be a little confusing when you move directly from the tutorial to the campaign, so attention should be paid to the Win Conditions. Regardless, this is a great way to get your feet wet with Immortal Realms’ gameplay.

Sandbox mode is where I spent most of my time in Immortal Realms. This mode allows players to set a number of gameplay and difficulty parameters, then drops them into a large open map to go nuts. Sandbox mode is very much a Civilization-style free-for-all, with players grabbing as much land as they can before competitors start encroaching on their territory. I had a blast chipping away at this mode, milking my villages for all they were worth and slowly expanding my vampiric might across the land.

Immortal Realms Is Worth The Effort

Obviously, there is a barrier to entry for Immortal Realms: Vampire Wars. And even after you learn the controls, a lot of UI fiddliness continues to plague the game. But once you and Immortal Realms come to some sort of agreement, there is a lot to be enjoyed here. I had a pretty good time playing this game in a casual way, enjoying the way that it never pressed me for time. Immortal Realms lets you game its system a little bit, often allowing the player time to run around and power up before a challenging fight, which I found amusing. I like to win.

For those that are willing to invest some time to get to know it, Immortal Realms is a fun and fairly satisfying strategy title. I wouldn’t call the game original or unique, but I certainly have never seen these particular features jammed together in quite this way before. If you are looking for something a little different in the strategy genre and don’t mind fumbling about for bit, you could definitely do worse than Immortal Realms: Vampire Wars.

While getting started can be a chore due to the poor tutorial implementation, clearing that barrier reveals a fun and interesting casual strategy title. Playing as a band of unapologetic vampires is a hoot, and taking over large swaths of land is entertaining. Mixing a wide variety of features from across the strategy genre, Immortal Wars somehow makes it all work together. An interesting diversion for strategy fans.