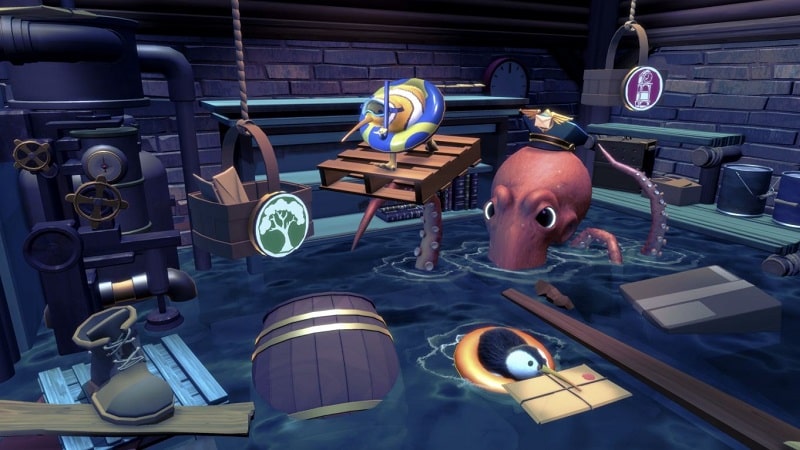 KeyWe PS5 review. I must admit the constant appearance of the adorable co-op puzzler KeyWe in gaming showcases over the past year or so had numbed me to its charms somewhat. I was very much at the point of ‘well, quit showing it to me, and let me play it for myself’ levels of impatience. I’d gladly go through that process again if it meant rediscovering the joy I had actually getting to finally play KeyWe.

KeyWe’s premise is absurdly simple. You, and a partner if you choose to, area pair of Kiwi birds who want to work at a rural post office. So naturally they go and get hired for it. The question there is ‘how can a pair of fuzzy little birds work in a human-sized postal office?’ The answer is ‘with their beaks and their butts’.

The best way to sum up what you do in KeyWe is that it’s a bit like Overcooked, but with postal deliveries instead of food service. Over four seasons, the Kiwis must learn the rather unusual ins and outs of sorting, sending, and receiving the mail in a variety of challenges. In one kind of challenge, for example, you need to type out telegrams by butt-slamming keys to spell out each word against a time limit. Another requires you to correctly label boxes and send them to the right location based on the subtle clues found in the attached notes, again, on a time limit. 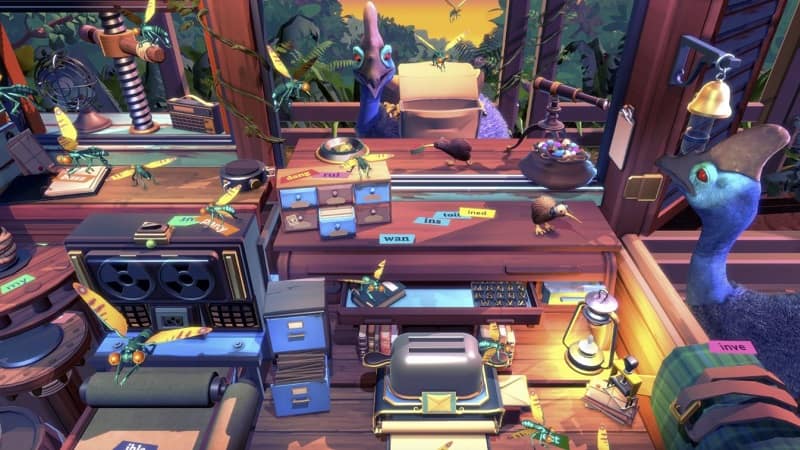 These are just two of the basic structures for a stage, and as the weeks and seasons progress, the game throws up increasingly oddball and chaotic variations on them. For instance, a sandstorm might blow things about to upset your rhythm or the Postal computer Julliette might decide to be a little bit eccentric for the day and throw in some wackadoodle changes to systems you’re comfortable with.

I genuinely anticipated what charming strangeness KeyWe would throw my way next, not just because it would shake up the established formula, but because the results were often delightfully daffy without crossing over into the realms of being aggressively weird for the sake of it. Also it has seasonal decoration for the game world’s idea of Halloween and Christmas, which I’m an easy mark for in video games.

Communication with your co-op partner is a must if you wish to keep a steady rhythm going and nothing quite encapsulates KeyWe at its best like some old fashioned couch co-op. Each stage allows for a clear delegation of duty for each player, with just enough to mop up together in-between. Whether it’s putting together messages from words strewn about or feeding the incredibly tetchy delivery cassowaries while fastening their mailbag, you’ll struggle to keep the flow smooth if you’re not constantly commentating on what you’re doing and what you plan to do next. Yes that leads to some arguments, but the satisfaction of finally breezing through a stage with well-oiled teamwork is simply exquisite. 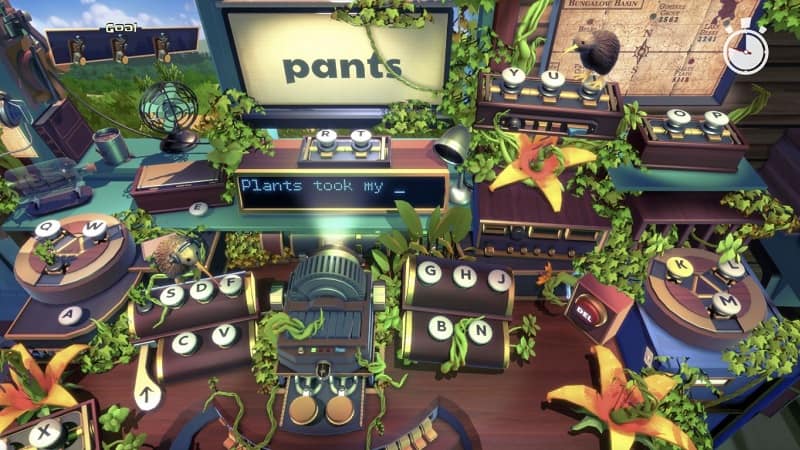 It’s to the game’s credit that no matter how complex a stage’s rules seem, there’s at least a swift understanding of them once put into practice. KeyWe has moments of being fiddly, but it never once felt unfair or frustrating, and the borderline for failure is quite generous, with the challenge really coming from going for a gold tier score and the maximum amount of the game’s stamp-based currency (so you can buy nice clothes and accessories for your Kiwis).

If that wasn’t enough work for you though, then the game offers ‘overtime’. Don’t worry, it’s not nights spent licking envelopes or clearing out the work fridge of mouldy sandwiches, rather it’s a set of special stages unlocked within each season. These tend to do things a bit outside the realm of KeyWe’s usual box of tricks. Among the highlights is a mini rhythm game concert performed by the Kiwis, a cassowary cafe, snowball fights, and a bit of extreme plumbing in the basement. 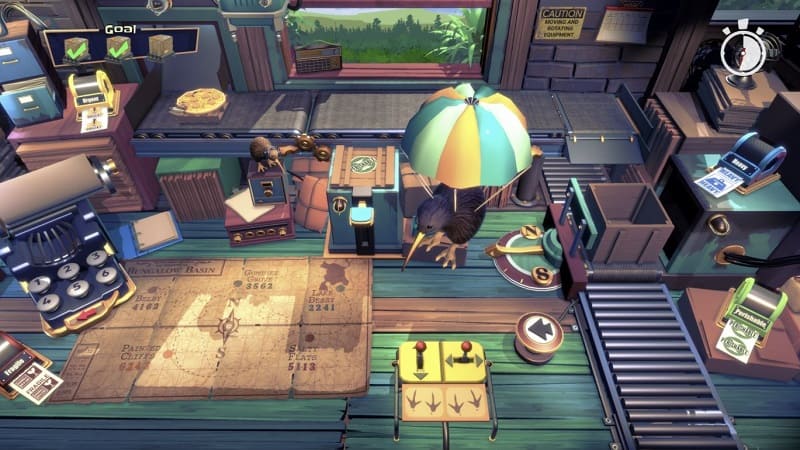 These stages offer extra stamps, new unlockables, and are generally a playful deviation from the main game. The Kiwi concert does bring up one of the more annoying moments of control in an otherwise pleasant experience. You have to be in exactly the right position to use an instrument, and then use it at exactly the right time. It can be a little jittery when trying to be exact and beats were missed too easily.

Throw in hidden items on stages to add some decoration to the Kiwi’s little Post Office home and there’s a lot going on in KeyWe’s mailbag. Often when you see these kinds of cutesy indie game concepts, you’re seeing the whole idea in front of you from the get go, with a disappointing lack of surprise or depth behind it (I’m looking at you SkateBird). KeyWe has so much more to it than those repeat showings in showcases put across, and that made for a real treat to discover.

KeyWe is more than just an adorable concept, it actually backs it up with a thoroughly enjoyable co-op experience that always seems to know when to change things up in its formula without ever losing sight of what makes it tick. It’s possible to enjoy it solo, but honestly, that pales in comparison to joining friend or family in a round of buttslamming boxes and pecking papers to deliver the mail as the fuzziest little postal workers around.