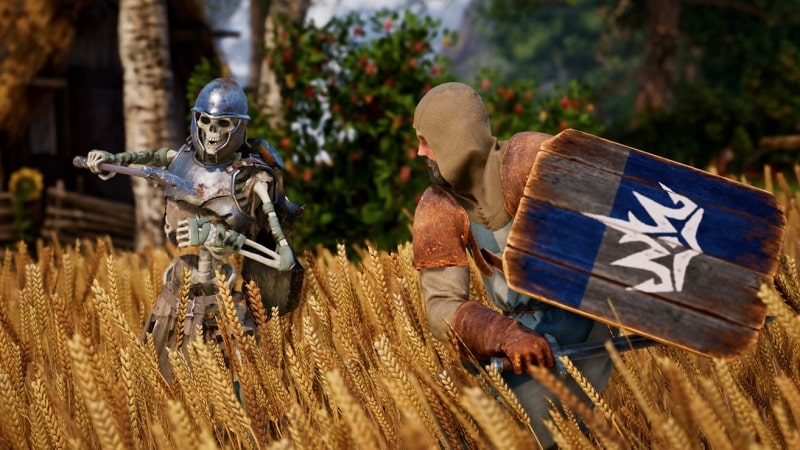 King’s Bounty II PS4 Review. It took me maybe an hour or two to realise a simple, but appealing truth – King’s Bounty II plays like a cross between Dragon Age and XCOM, and I’m absolutely here for it. The sequel to, well, the first Kings Bounty which came out more than 30 years ago, King’s Bounty II marks the first time the series has made the somewhat perilous leap to console.

And look, there’s no denying that even from just looking at any of the trailers for King Bounty II that the game looks a touch dated. The visuals evoke unflattering memories of the early PlayStation 3 generation, while the wildly oscillating quality of the voice acting also does little to assure the player that King’s Bounty II isn’t dated on arrival. Peer past its roughly hewn visage however and you’ll be rewarded, as Kings Bounty II carefully combines traditional RPG tropes with easily accessible turn-based combat and a non-linear storyline in a way that’s as compelling as it is surprising.

An Engaging Blend Of Traditional RPG And Accessible Turn Based Combat

Set in the fantasy world of Nostria, evil things are afoot. As well as an army of fairy nasty Necromancer types that want to raise the dead and have a party where everyone ends up with a terrible hangover, there are garden variety betrayals, Game of Thrones style political intrigue and enough rampant magic and monsters to keep even the most ardent fantasy fan glued to the screen. As you may have guessed your job is to do the hero thing – saving the kingdom and generally battering all of these evil-doers into the ground. Thankfully though, things are a little more sophisticated than that in King’s Bounty the Second. 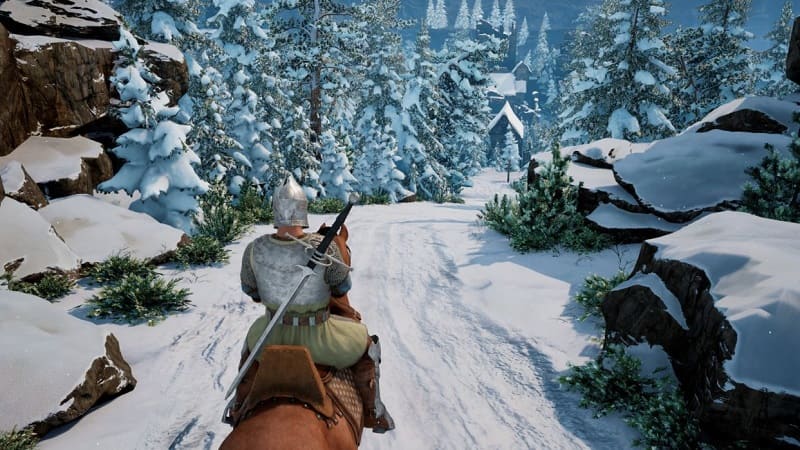 Leveraging a mix of third-person action RPG tropes and turn-based combat, King’s Bounty II has you choosing from a trio of heroes each with their own class types, strengths, weaknesses, abilities and perks. Once you’ve plucked your wannabe hero from the three that are on offer you’re then thrust into the world of Nostria in a bid to make a name for yourself while trying to make sense of the numerous threats that plague the land. Naturally, I went for Aivar because he’s a big mercenary looking dude that fortifies his troops all the while boasting about as much charm as a cactus.

For the most part in King’s Bounty II, you’ll be viewing the action from an elevated third-person perspective as you make your way across Nostria, speaking to various folks, taking on side-quests and discovering secrets. Thankfully, a mount is almost always available and fast travel points are plentiful, so an excess of world plodding is not a thing to be concerned about here.

In an odd sort of way, the third-person RPG portions of King’s Bounty II reminded me of the earlier Dragon Age games where you have a sectioned off areas to explore with numerous paths and secrets to uncover along the way. Of course, where things become massively different between the two games is when it comes to the combat side of things. 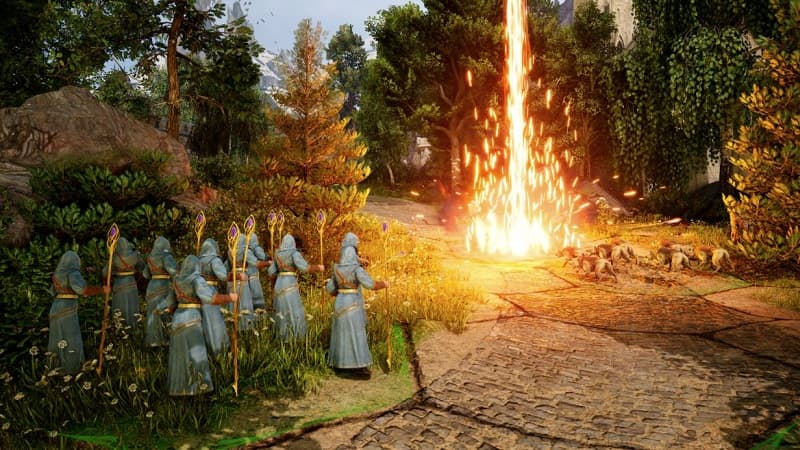 Adopting a top-down turn-based approach, combat in King’s Bounty II unfurls across a hex-based grid, with the various units on each side taking turns based on initiative ratings to generously beat the brown stuff out of each other. Comprising the varying units which you can recruit based on encounters in the RPG portion in the game, which in turn is dictated by the level of your hero, the battles in King’s Bounty II demand knowledge of not just unit types but terrain elevation and other tactical considerations as well.

While some of the later battles can seem a touch unbalanced (the enemy seemingly stacks up difficult opposition to your units as the game goes on), the fact remains nonetheless that King’s Bounty II is resolutely accessible for folks that don’t normally dip their toes into turn-based waters. Indeed, the combination of well designed prompts and battle system that isn’t overflowing with esoteric concepts and jargon all help to make King’s Bounty II far more welcoming to newcomers than perhaps other turn-based efforts would be.

A Mix Of XCOM And Dragon Age That Most Will Enjoy

What’s especially intriguing about King’s Bounty II is in how it handles the presence of your hero during combat. Rather than involving them in the intimate and up close violence as an actual unit which can be controlled during battle, your hero instead stands back from the battlefield, adopting the posture of a general as they dish out orders (through you) to their forces. That said, there are some abilities such as spells and other such perks that can be used by your hero to help turn the tide and like any turn based strategy game worth its salt, knowing exactly when to use such boons proves critical to snatching victory from the jaws of defeat. 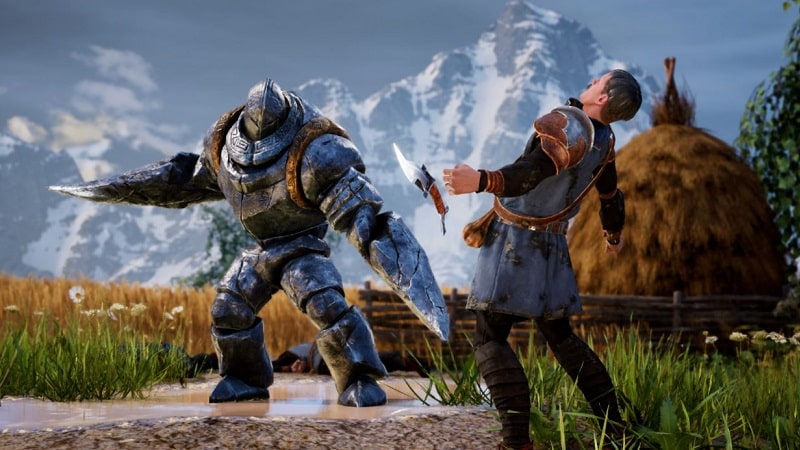 Elsewhere the similarities to Dragon Age and another Bioware opus, Mass Effect, can also be glimpsed elsewhere in King’s Bounty II. Chiefly, King’s Bounty II permits a significant latitude for player choice that will prove familiar to folks who have played those aforementioned Bioware games. Certainly, the choices are similar in their binary structure to that of the Bioware games, but rather than being driven exclusively by a moral compass, some story decisions are progression paths will only be open to certain heroes and specific builds.

As such, and considering King’s Bounty II’s already substantial duration, having these sorts of choices that allow for divergent experiences adds additional value and playtime to a game that is already something of a meaty morsel to say the least. King’s Bounty II then is certainly a compelling prospect in the manner in which it blends RPG and turn-based tactical disciplines.

Then there’s the world building. Though much of it is imparted through dusty tomes and dialogue (both from direct conversation and via eavesdropping), developer 1C Entertainment has nonetheless done a commendable job of immersing the player in the world of Nostria. As you progress through King’s Bounty II and uncover more about the history that has lead to current events, it all feels cohesive in a way that is easily digestible, rather than being bombarded by walls of text stuffed with irreverent jargon. The story too is compelling for the most part, if a little by the numbers in terms of how it portrays its heroes and antagonists. 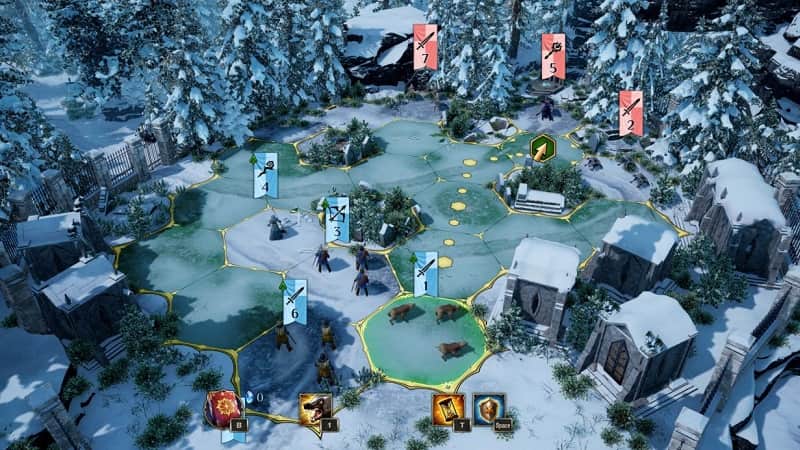 However as mentioned at the top of this review, it’s certainly fair to say that King’s Bounty II is lacking a fair amount of polish which might sadly put off those who don’t have the time or inclination to peel back such a rough veneer.

Clearly, King’s Bounty II isn’t an offering that has benefitted from especially high production values. Running at 30 frames per second with low resolution visuals and the sort of poorly detailed character models and environments, this is a game that certainly wouldn’t have looked out of place on the PlayStation 3 circa 2009. The sound side of the audiovisual presentation equation is hardly encouraging in this sense either. Though the soundtrack is appropriately rousing at times, the voice work is not, often coming across as overly dramatic and wooden, which serves to undercut the dramatic tone of events somewhat.

King’s Bounty II then is something of a curio. Though the audio and the visual side of things harkens back to an earlier era, the neat combination of open world RPG and turn based tactical elements make it feel rather fresh to say the least. Coupled with decent world building and an impressively non-linear storyline that promotes repeat play, King’s Bounty II makes for a fine time for anyone who is willing to look past its distinctly vintage presentation.

Though King's Bounty II's presentation is certainly crumbly in ways that would only be endearing to folks partial to PS3 level jank, there still remains a compelling RPG and turn based strategy hybrid here. Bolstered by non-linear storytelling, deceptively deep world building and the sort of accessible strategy that embraces genre newcomers and stalwarts alike, King's Bounty II is a deeply appealing effort that does ample justice to its namesake.