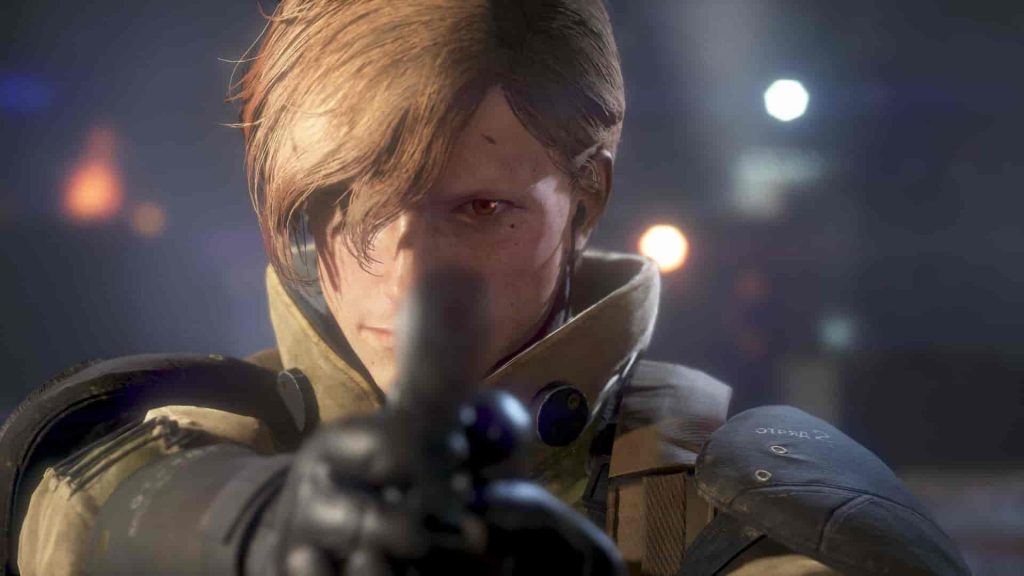 For fans of Front Mission, to say that they have been starved of new entries in what is arguably Square-Enix’s most overlooked IP in its entire portfolio, would be something of an understatement. With Front Mission Evolved releasing some nine years ago on PlayStation 3, the arrival of Left Alive, a new spin-off entry in the Front Mission canon should be a cause for celebration right?

Wrong. Don’t let the glitzy CG trailers fool you – Left Alive is the most underwhelming entry the series has seen to date and one of the worst titles you can buy on the PS4 right now.

For the uninitiated then, the premise of Left Alive is thus – a third-person stealth action adventure that takes place in the Front Mission universe across 15 chapters, players are put into alternating control of three different folks who caught up in Nova Slava – a city that finds itself sandwiched by hostile forces on both sides.

In addition to facilitating their own get-out-of-dodge scenario, the storylines of these three individuals also intersect with one another as they each seek to discover the cause of this conflict and the reasons why Nova Slava itself seems like such a target of interest for both sides. If nothing else then, the setup for Left Alive is at least evocative to some degree – it’s just the execution of that premise is sorely, sorely lacking.

On the face of it, Left Alive bears a substantial similarity to Metal Gear Solid V, a game which took the stealth template to new heights and one which wrapped a compelling open world around it all. However, comparing Left Alive to Metal Gear Solid V is like comparing the BWO to the NWO; you think you know that the former is a pisstake parody of the latter, but you can’t always be sure if it’s trying to take itself seriously or not.

Stealth in Left Alive is nothing more than a frustrating, face-clawing chore

The first place where Left Alive falls flat on its face is in its clumsy application of stealth mechanics. As each of the three characters Mikhail, Olga and Leonid, players are tasked with sneaking around sections of the city, collecting gear and components for crafting and rescuing other survivors – and obviously, what stands between you and pulling this off are the hostile occupying forces who will kill you pretty much on sight.

No, in another stealth title, say I dunno, Metal Gear Solid V for example, this would not be too much of a problem. In Kojima’s final series swansong, protagonist Punished Snake had a range of skills at his disposal, such as takedowns, CQC combat and more to do away with, or otherwise get past whomever might be between him and his objective.

In Left Alive however, no such luxury exists as takedowns are complete absent from the game. Indeed, despite controlling three different characters all of whom have military backgrounds, it seems none of them can fight worth a damn. Instead, if players want to do away with foes quietly, spades, pipes and a range of other dreary mundane tools must be employed to get the job done – exposing Left Alive’s horrendously clunky and unsatisfying melee combat in the process.

Making matters worse and infinitely more frustrating is the presence of weapon durability, where weapons can be broken and made useless pretty quickly through just a few uses. More annoying still is that when these weapons have been ‘worn out’ or ‘broken’ they still remain in your inventory and you can still use them in combat whereupon they inflict very little damage on your enemies (so maybe they weren’t quite so ‘broken’ after all?). As a result, because such apparently ruined weapons are not automatically removed from your inventory, you can find yourself using them in combat by accident, which almost always results in getting your ass roundly kicked.

Another issue with the way stealth is handled in Left Alive is that each character feels much too rigid and lack all of the smooth movement and athletic capability one might expect. Certainly, these characters with their stiff, unresponsive movements, lack of dexterity and awkward animations are a world away from the likes of Metal Gear Solid V or even last generation efforts such as Splinter Cell: Blacklist.

Everything about Left Alive feels desperately subpar and outdated

Effectively serving as side-missions, throughout Left Alive you’ll have the opportunity to whisk survivors to safety – the rub being that some survivors are legitimate innocents looking for a way out, whereas others have a questionable past that makes saving them a dubious proposition. Now, this is actually a pretty decent concept in itself because it lends a moral consideration to each person that you might think about saving.

The problem however, is actually trying to save them is a colossal pain in the rectum. The reason why saving them is so downright frustrating is because you cannot escort them anywhere you like; instead, you only have a ‘wait’ and a ‘go’ command to use at any one time and each survivor trundles along a pre-determined path toward the nearest shelter. The issue with this is that not only does that path often take them through a horde of hostiles, but should they get spotted, they just freeze on the spot while the enemy happily takes their time murdering them. To say it is frustrating in the extreme is an understatement.

Elsewhere, Left Alive bills itself as a survival title, and much of the fancy marketing that we’ve endured for the game until now rams home the fact that you’ll have to craft and improvise your way through various sticky situations Macguyver style. Where things come unstuck though, is in where you not only realize that you’ve simply seen all of this crafting stuff before, but that Left Alive’s ‘survival’ aspirations only extend as far as the crafting goes – there’s no food or drink to worry about, no lingering injuries (other than bleeding) to concern yourself with and certainly nothing in place for to you consider as far as temperature moderation goes (it is a snowy craphole after all).

If you’re a fan of the Front Mission series, you’ll want to know how the Wanzers (mechs) handle and, again, like everything else – the answer is poorly and nowhere near as good as it should be. Simply put, while these massive, imposing mechs pack a lot of firepower, they’re barely responsive to your commands which makes tangling with other Wanzers something of a gamble as a result. Speaking of poor, there is also an issue with Wanzer combat whereby if you use the mech to clear out ground forces and then get out in order to scoop up all the loot, sometimes the enemies you’ve killed while in the Wanzer will magically reappear as soon as you go on foot. Brilliant.

Then we come to the quality of the writing which underpins Left Alive’s scenario. Though the survivalist in a war-torn city story remains an evocative premise, Left Alive fumbles this bountiful narrative setup with poor writing, some early 2000s era voice acting cringe and a multi-choice dialogue system in which many of the responses just feel flat and pointless.

Continuing the trend of low calibre which is seemingly a trademark of the game in every aspect of its design, the technical side of Left Alive is also rather lacking to say the least, too. PlayStation 2 era animations and super low texture detail in places conspire with a fluctuating framerate to make Left Alive look far less attractive and appealing than the pre-release marketing made it seem, while PS4 Pro owners who elect to play the game in 4K mode find themselves greeted by a super low framerate that makes the game quite unplayable during busy scenes.

Seemingly quite happy to rely on eye-rollingly trite, outdated game mechanics and equally outdated presentation, Left Alive is arguably one of the biggest disappointments of the year so far – moreso when you consider the sort of folks who were involved in its creation, such as Shoji Kawamori of Armored Core fame, for example. Though I am convinced that a great, third-person survival title set in the Front Mission universe can be pulled off, I am equally sure that Left Alive is not it.

Published and developed by Square-Enix, Left Alive is out now on PS4 and PC.

The sort of crushing disappointment that only comes around once in a while, Left Alive feels like an emaciated, innovation bereft meditation on Metal Gear Solid and in matching up so poorly with its inspiration, provides the Front Mission franchise with arguably its weakest entry in years.