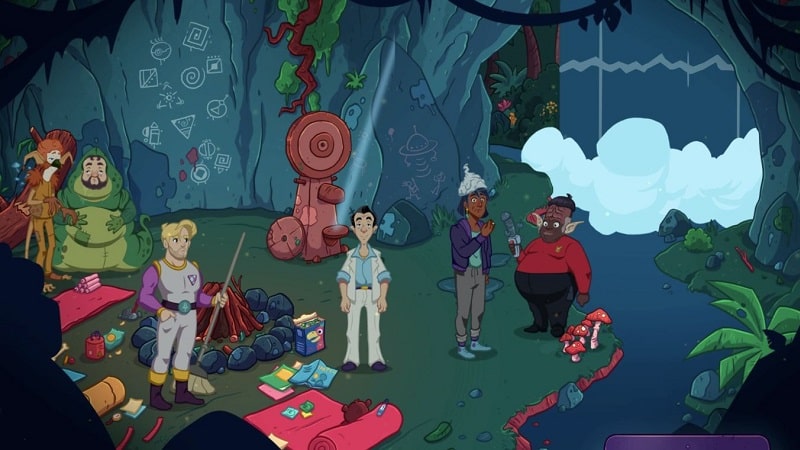 Leisure Suit Larry: Wet Dreams Dry Twice PS4 review. It was already hard to imagine Leisure Suit Larry retaining relevance in a world that is increasingly distant from the one the smutty series was born into. It’s not so much that it can’t get away with questionable taste, more that it’s been done so often now that it feels rather tame and toothless. Like the Carry On films, the risque titillation and crassness become dry and dated when you’ve been banging on the same drum for a few decades with a relative lack of self-awareness.

Sure, there’s a modern, less hostile, side to the jokes these days, but it’s still the same silly, puerile humor it always has been. To its credit, at least the series isn’t trying to be something it’s not. The dynamics behind it may have altered from the days of Sierra’s original titles, but modern Leisure Suit Larry remains a snickering parade of puns and sex jokes. It’s just not particularly inventive with it.

The latest entry, Wet Dreams Dry Twice, attempts to balance the barrage of dirty gags with a bit of heart and self-reflection on Larry’s part. Following on from Wet Dreams Don’t Dry’s reboot/reimagining of Larry’s arduous adventures, our protagonist is marooned in Cancum (no, not a typo), and reluctantly married to a Chief’s daughter. Desperate to find his amnesiac true love, Larry escapes Cancum, only to end up stranded on the Kalua’a islands with his phone’s increasingly sentient A.I. as his guide. 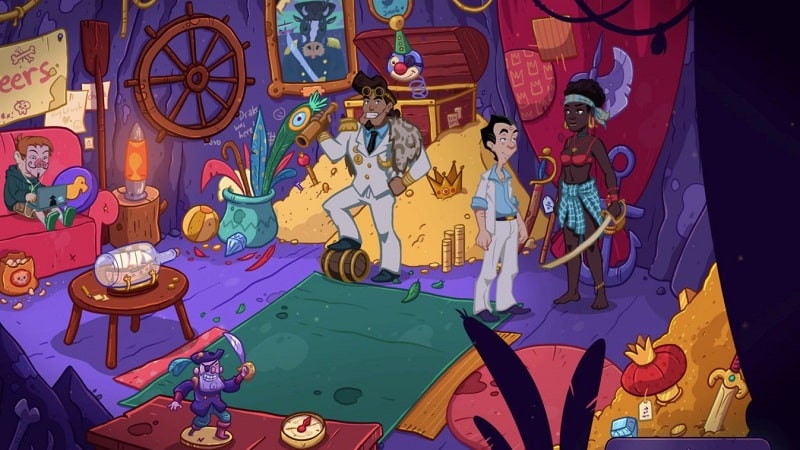 What follows is, for better or worse, a pretty standard Leisure Suit Larry game. The point n’ click puzzles and interactions remain, and whilst not really doing anything that hasn’t been seen before in this series, it’s got a warm familiarity that ensures anyone returning from Wet Dreams Don’t Dry is slipping into something comfortable once more. Solutions tend to be fairly logical and straightforward for the most part, and occasionally they produce a genuinely amusing outcome. I can’t say there was anything that would live on in my memory about them though.

This is the area Larry hasn’t quite caught up with. Whilst there’s undoubtedly an endearing simplicity to Wet Dreams Dry Twice’s point n’ click shenanigans, there are other modern point n’ click games that play with the genre in more refreshing and interesting ways. It also wouldn’t hurt to prune a few of the puzzles back a bit because they hit the pacing hard. This becomes especially painful when the game is in one of its runs of poor jokes getting reheated over and over. 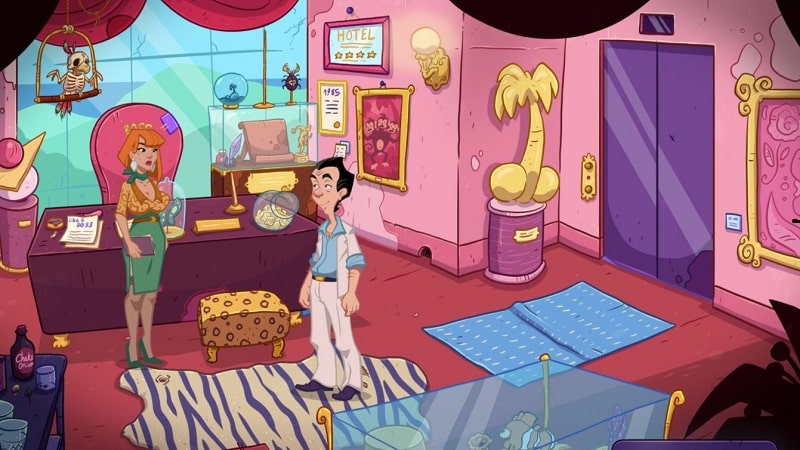 Wet Dreams Dry Twice occasionally hits the heights of its predecessor in terms of comedy, but there are only so many ways to skin a flute. The attempts at using tech-based humor in Larry’s interactions with his phone’s A.I. are often fumbled and die on the vine. The game often puts up its female cast as being burdened by men like Larry, and while that’s a serviceable joke (and funny when Larry proves their point by being an awkward toad of a human being) it gets repeated far too often without any real substance behind it. It’s a step in the right direction, but feels worthless when it’s used without creativity or wit.

While older titles may be dated, the comedic value in them was that Larry would be so focused on getting his end away that he’d continuously fall into embarrassing, farcical situations. Wet Dreams Dry Twice struggles to capture that side of Larry quite as well. It’s a shame because there’s such absurdity in the plot that it’s quite odd it doesn’t embrace it in its scenarios.

Wet Dreams Dry Twice’s issues are largely forgivable due to a fairly well-paced start, but as the game reaches its climax, a heavily drawn-out finale highlights just how impactful they can be. There would honestly be no shame in trimming this part to make the rest a more attractive package, but as it is, it’s hanging there, looking sad and ugly. So this latest Leisure Suit Larry adventure is fine, but underwhelming and overlong. As a sometimes amusing bit of filthy innuendomania, it does the job, but it’s nothing more than that.

Leisure Suit Larry: Wet Dreams Dry Twice delivers exactly what you’d expect it to; sex-based jokes and puzzles that integrate that. Even with expectations set there, it’s somewhat unfortunate that it serves up such an underwhelming blend of puzzling and puerility. It is at least a passable point n’ click effort that occasionally elicits a genuine chuckle.