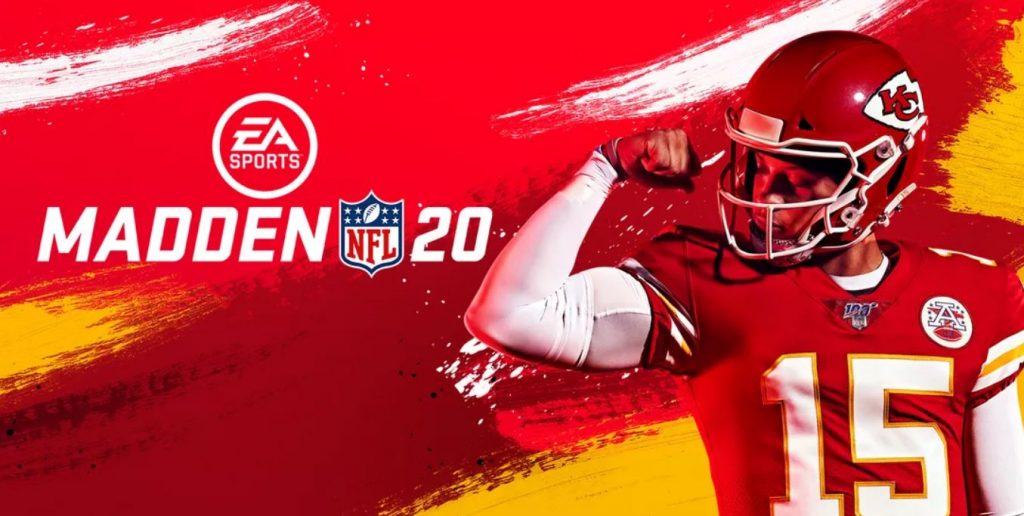 Madden always lands at the right time each year. Preseason begins a couple of weeks after the game launches, making it a great way to alleviate a bit of that anxious feeling you get whilst waiting for the new football season to arrive. With that said, let’s see what Madden NFL 20 has up its sleeve this year.

Presentation sees enhancements every year, but this year feels fresh. The HUD now minimizes onscreen prompts to allow a clearer understanding of what is happening in the game. Instead of screens filled with data and options, these screens consolidate the necessary information for you to do what you need.

One of the best ways to describe how the presentation has been improved is in how the game showcases Superstar players. The very specific information is showcased immediately, while the more common information comes in elsewhere. To the game’s detriment, some more specific instructions lie in wait for you to discover on your own. In particular, audibling a play now requires different button combinations. So, everyone will have their own kind of learning curve in Madden 20.

Madden Ultimate Team (MUT) has been one mode I keep finding myself returning to. I don’t come back because of the competition or online play. I come back because I like building a team, and MUT made doing that much more engaging. More cards allow you to upgrade them to certain levels, depending on their rarity. More challenges allow you to earn coins much quicker.

Those same challenges also occasionally reward you with Fantastic Cards that you can level up with training points, which you also earn along the way through the game. MUT is the true reason to play Madden 20. This mode still offers microtransactions, but these new features allow players to remain free-to-play much more easily.

The provided soundtrack includes a healthy list of catchy rap songs that accompanies the game fairly well. Player contact and on-field voice work stand out. Hearing each quarterback’s unique voice cadence makes for a cool sense of authenticity, alongside Superstar changes this year. All in all, audio meets the mark in almost every way.

Commentary is the first area where Madden 20 falls drastically short. Far too often, the commentators made the wrong observation. I heard them ask why I chose to decline an offensive holding penalty when I had intercepted the opposing team on the same play. I wanted the ball, that’s why.

Another time, they said I caught a one-handed catch when my receiver had used both hands. They even took a jab at me on offense when I had an opposing defender instigate a pass interference and the commentators thought my receiver had instigated the penalty. It feels like commentary was tried to be made more sophisticated, but it fails far too often to consider it a successful attempt. Good thing Madden 20 provides an off button for that commentary.

As I mentioned earlier, player interactions feel more organic and complex this year, but it still lacks complete accuracy. I had multiple times where my receivers fell forward from a tackle, while the animation saw both him and the tackling linebacker step right through two guys who had fallen to the ground. I realize this kind of contradicts what I said before, but hear me out: Certain player interactions seem to take precedence over others.

So, in this example, Madden NFL 20 doesn’t consider the two guys on the ground as part of the player interaction between the receiver and linebacker, since they are not directly playing on the ball. So, the game no longer factors those two grounded players into the play, resulting in my receiver walking right through them.

This kind of thing happens with players on the sideline when a ball carrier runs out of bounds. All in all, while hits and tackles do feel more organic this year, the remaining issues feel more important than they ever have. These growing pains feel worth the occasional frustration, considering the way the game’s improvements benefit the game as a whole. This is definitely something to be looked at for next year’s iteration.

This year’s player creator mode, Face of The Franchise, brings back some of this mode’s best features, while keeping some inspiration from Long Shot (the narrative mode from the past two games). You can only play as a Quarterback who makes his way from college through to his introduction into the NFL.

I can say with confidence that most players would want to choose a Quarterback in these modes just because this position sees the most acclaim in the sport, as well as the most play-time. Long Shot worked the same way. However, I looked past this limitation over the last two years because of Long Shot’s intriguing level of presentation. Face of The Franchise doesn’t earn that same compromise.

The biggest downfall of this mode comes in two forms: awkward narrative ploys and zero position options. The narrative choices and delivery are so narrow that it would have been beneficial to add a few more lines of dialogue to accommodate other positions. This would go a long way for this mode. The narrative beats only interject little ways to almost guilt you into performing well rather than actually inspiring you.

The other part of the game I need to talk about is online play. This covers Franchise mode, Head To Head, and Madden Ultimate Team. The main issue I came across occurs while on defense and playing online matches. When trying to get an angle of pursuit, Defenders try to adjust their angles by strafing rather than running.

So, the ball carrier runs full speed down the sideline while my AI defenders try to strafe in order to catch him. This leaves the ball carrier basically streaking in open field with little resistance as defenders run side-long. Competing against actual players is already hard enough. This makes things even harder.

The other point I want to make is how matchmaking determines your opponents. Instead of finding me similarly-ranked players, matchmaking put me up against teams with overall numbers greater than ten times what my team ranked as. These rankings go from 1 to 99; so ten-point differences make competing that much harder. Couple that with the above issue, and the experience leaves few reasons to stick with it.

A Madden for Madden fans

All in all, Madden NFL 20 only features a handful of modes, and most of those will only be enjoyed by elite players. The gameplay feels the most improved, with its shortcomings not removing from the fun.

Ultimately, Madden Ultimate Team brings the true A game in many ways, but it offers very little for new players to jump in. Consider Madden 20 more of an enhancement from last year rather a big evolution of the franchise.

Madden NFL 20 manages to iron out some nagging issues, making gameplay better than it has ever been. Ultimate Team sees deep refinement, but online play needs some work. Madden NFL 20 feels like a game made for existing Madden fans.