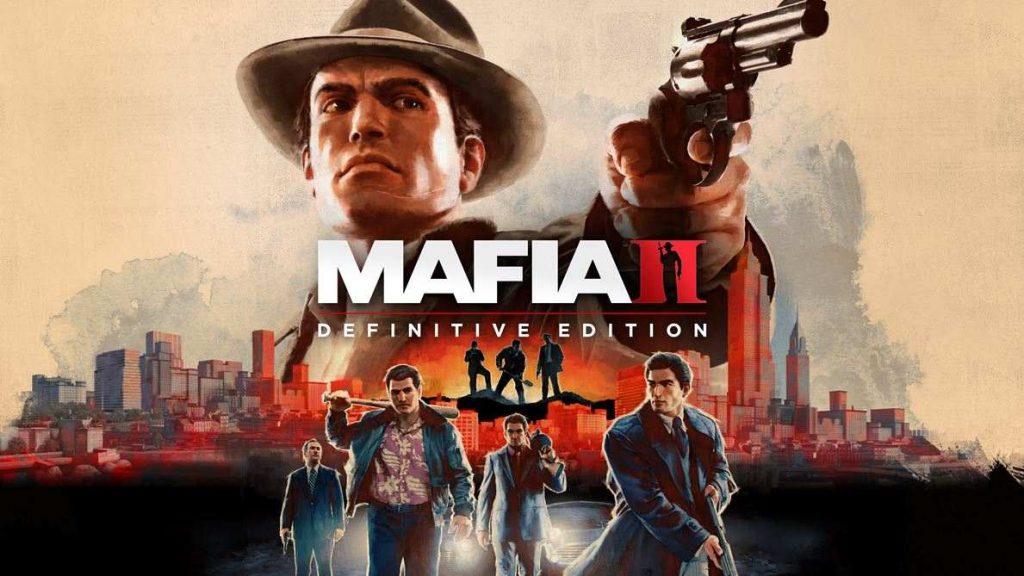 Mafia 2: Definitive Edition PS4 Review – Mafia 2 released ten years ago. It told a compelling story with some fantastic performances from its cast and it served as a great alternative to the mega hitter known as Grand Theft Auto. Now ten years later 2K has brought the popular title to the current generation with the Mafia 2: Definitive Edition. Unfortunately, this ire-release is anything but definitive.

Mafia 2 tells the story of Vito who returns from World War 2 only to be dragged into a life of crime with his best friend Joe. As the story spans multiple years, you get to experience Vito’s rise from a measly street thug stealing cars and jewels to moving up in the Mafia and earning the respect of all those around him.

It’s actually a good story with plenty of action and drama, the problem is that the story was more enjoyable ten years ago. It’s not because it’s dated but because of all the technical issues. One of which is the sound glitches that accompany the cutscenes

At times the sound design works just fine but then randomly the volume will blast your speakers as if they were at maximum and other times the dialogue will be so quiet I had a hard time hearing it, but I wouldn’t dare increase the volume.

An Empty World That Could Have Used Some Love

As an open-world game, you get to explore the fictional Empire City which means there is lots of driving around. Mafia 2 was always criticized for bad vehicle handling. The driving this time around feels a bit better but not by much. Maybe it’s just my imagination but I didn’t feel like I was sliding around the world as much as I originally did.

I never found this to be a big issue as I always felt that the cars are from the ’40s so chances are they would perform a lot worse then what we have today. The damage models on the cars though remain great, and even during the season changes the world goes though you see those changes reflected on the cars well, such as snow and frost building on them.

On the other hand, the framerate forced me off the road more times then I could have counted. It can get so bad at times it feels like the game freezes and picks up a second later, at which point I would most likely crash.

Unfortunately, the world itself isn’t that interesting to explore ten years on. It’s a living world sure, but there is just not much to do in it besides driving from one location to another. There are wanted posters and retro Playboys to find as collectibles but without any real guide to help its almost impossible to find them all on your own.

This is something that I wished would have been addressed in the remaster, but the developers chose not to add anything to keep you engaged in the world.

Gunplay Feels Dated But The Tense Shootouts Hold Up

Gunplay is another aspect that received no real improvements. Gunplay isn’t bad by any means and uses the standard cover-based shootouts we expect in third-person action-adventure games. It was good ten years ago and it’s still good here. I only wish the gunplay got a few improvements now that we are on the PS4.

Aiming feels very stiff and once again the framerate is a disaster when things get really hectic. But it’s always great to watch parts of your cover break apart from gunfire and blowing mobsters away with the shotgun in Mafia 2 is one of the most satisfying moments.

Thankfully the soundtrack is just as amazing as it was ten years ago. Not only are the licensed tracks perfect for the time but the original soundtrack is like watching a Mafia movie. The orchestral tracks really stick with you, especially during the more simple and sombre moments. The voice acting is also great. I can’t think of any way it could better. It’s easily one fo the best voice casts ten years on and sometimes I wish I was watching a movie.

When I say this game feels more like a port then a remaster nothing is more evident of that fact then the graphics. The game received almost no graphical upgrade or texture work. I say almost because the only real upgrade is the game looks like it would have looked on ultra settings on a PC ten years ago. That’s unfortunately as big of an upgrade you can expect.

One Of The Worst Remasters

Mafia 2: Definitive Editon doesn’t feel like a remaster in any way, in fact, it feels more like a downgrade of the original. A remaster shouldn’t have more problems then a ten your old version of a game. It’s a shame because Mafia 2 was a good game when it originally released and its remaster is easily one of the worst.

What should have been a great return for the ten year old classic ends up being one of the worst remaster I've ever played, with almost no graphical updates and staggering framerate issues. A remaster should fix the issues of the original not make them worse.