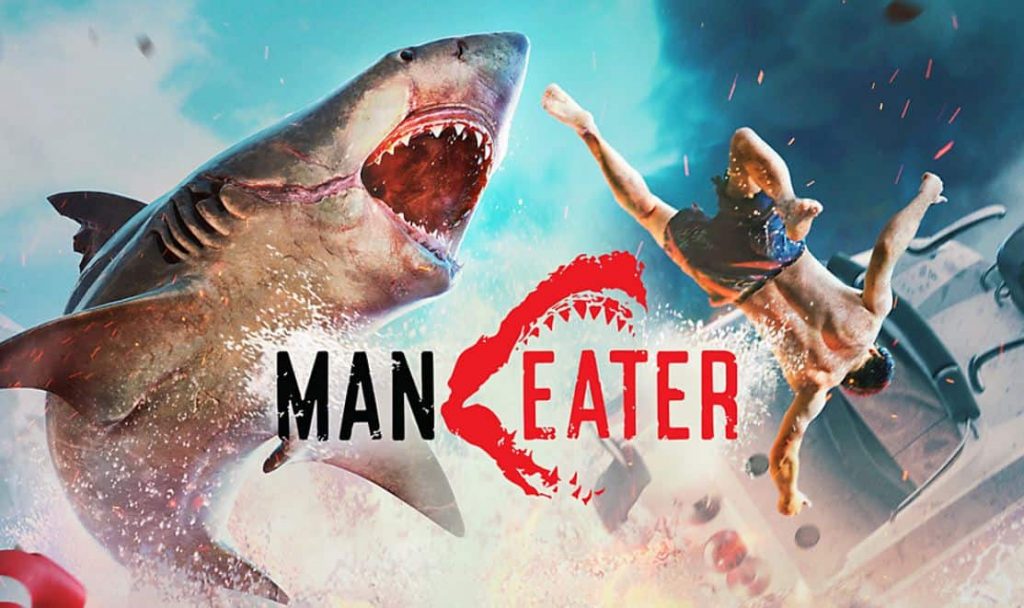 Maneater PS4 Review – It isn’t until I’ve thundered out of those emerald green waters, chomped and crunched down on my first dozy, flip-flop wearing and quite likely Nickleback listening tourist that I realize that we probably should have had something like Maneater long before now. One of the most fearsome bruisers in Mother Nature’s extensive gallery of hard nuts, the fact that the not-so humble shark has hardly been in the video game spotlight is certainly something of a crime and one that developer Tripwire Interactive is looking to emphatically correct.

Controlling a massive chunk of amphibious murder meat is simply intoxicating. Whether you’re leaping into the air and snatching some dunderheaded tourist off of a fishing boat or tearing a massive alligator to shreds in a protracted underwater fight to the death, Maneater has no shortage of moments that thrill and satisfy in gloriously equal measure. It also doesn’t hurt that our many-toothed protagonist is animated beautifully too, with each swish of its magnificent tail and the subtle turning corrections it makes while swimming through tunnels and around sea debris all looking eerily realistic.

Believe it or not there’s actually a semblance of a plot which underpins Maneater’s wonderfully spectacle stuffed and murderous shenanigans. As a newborn shark pup who finds herself brutally torn from the belly of her mother by a catastrophically Cajun shark hunter, you escape into the depths of the briny deep as you seek to marshal your strength and take revenge on the bungling bipeds that have managed to screw up your aquatic life quite so spectacularly.

If that whole premise sounds wonderfully B-movie you would be right – and Maneater doubles down on that impression too, boasting a highly entertaining faux documentary framing (with frequently hilarious commentary from Archer and Rick & Morty voice actor Chris Parnell, no less) that comically evokes the likes of Discovery channel style American documentaries such as Deadliest Catch with cheeky aplomb.

Though the creators of Maneater describe their latest effort as an action RPG (or ShaRkPG, more accurately), Maneater instead bears a far stronger design kinship to the Ubisoft open world design template where a fairly sizable map is generously stuffed with icons of different shapes and hue, which in turn represent the numerous additional activities that you can get stuck into during the game.

Though this undersells the fact that many of these activities are legitimately fun to do, such as discovering long lost shrines, drowned mafia families and other such oddities which all trigger Parnell’s highly entertaining biting comedy, sometimes Maneater’s overall structure can feel pedestrian as it largely revolves around killing x number of this and collecting x number of that.

And indeed in that sense, when you find yourself falling into that familiar rhythm of scanning the map for collectibles and side activities, Maneater finds itself operating at its least surprising. However despite that and by embracing such a well used open world formula, it can be all too easy to overlook how much Maneater gets right – and it does get a whole load of things right.

For a start, progression in Maneater is both compelling and well-judged. Starting off as a pup you can only hope to avenge your savage birth by getting bigger and stronger and this is achieved by both eating everything that moves and collecting nutrient chests in order to level up, growing bigger and stronger as a result. Tying into this leveling system is the idea of mutations that also provide a variety of additional abilities such as improved sonar to detect other fish and objectives at longer ranges or hardened armor to defend against attacks, for example.

The trick in obtaining these useful mutations however, is that they require a minimum amount of nutrient components in order to be upgraded, with only the best epic and legendary mutations being possible once you’ve acquired sufficient mutagen to get the job done. The result as you approach the end of the game then, is that you end up with a massive, and really quite terrifying scarred and mutated adult Megalodon that boasts electroplated spikes and other such terrifying upgrades. Jaws by way of Saints Row? Yeah, you wouldn’t be far off the truth in that comparison.

You need to be careful too with how approach your human prey. If you speed just beneath the surface with your murder fin visible, they will, quite naturally, scream and attempt to get away – alerting fellow humans to your presence. Likewise, kill too many humans in clear view of others and you’ll find all manner of hunters and nasty boat folk on your doorstep in short order. Being a successful shark is as much about brains as it is eating your weight in fleshy idiots – though the blood curdling screams of the latter certainly cement it as something you’ll want to do rather often to say the least.

When it comes to the combat side of things, Maneater does actually function closer to a much more traditional action RPG. With bespoke leveled enemies and an emphasis placed on melee combat where you can snap with your jaws, use your tail to whip your enemies into the environment, cleverly leverage unassuming swordfish as a spear and use special electroshock stuns and other abilities to gain an advantage, there is a surprising amount of creative freedom available in terms of your shark’s offensive repertoire.

Such fights also end up being quite challenging too. Whether you’re evading the unblockable charge of a massive alligator or dodging a volley of incoming bullets and harpoons from a crew of bloodthirsty hunters before leaping up out of the water and snatching them from their boats, Maneater provides plenty of difficult battles for players to take a bite out of. Luckily, though some of Maneater’s later battles can be quite difficult, there is almost always a decent supply of smaller prey lurking around, allowing you to replenish your health mid battle and get back into the fight with little delay.

The issue with Maneater’s combat however, is that it can sometimes feel a little imprecise. Thanks to a combination of an oddly awkward lock on system and the fact that the majority of your attacks require you to charge at your foe (often while your enemy is doing the same), you can very easily find yourself grazing your target and shooting past them, breaking the original target lock in the process. Because of this, while chomping down and eating humans and slower prey feels hugely satisfying, combat with fast enemies feel sadly less so owing to that aforementioned issue.

Arguably, the best element of Maneater’s design DNA is its exploration. With a gorgeously rendered aquatic kingdom that stylishly oscillates between nature’s own domain and the discarded remnants of man’s influence on Maneater’s bayou inspired world, Maneater not only looks the part, but it provides an extensive watery kingdom and shore that just begs to be explored at every opportunity.

In the end, Maneater’s premise helps elevate it grandly above the relative doldrums of its distinctly shopworn open world tropes, to the point that just being able to direct every violent whim of an increasingly horrific apex predator proves to be something of an enduring thrill. Certainly, Maneater could so easily have fallen into a ‘Shark Simulator’ archetype or something of that derivative ilk but thankfully, there is so much more going on under the surface that it handily escapes the gravity of such base comparisons.

With its over the top presentation, general clunkiness but wholly satisfying minute to minute gameplay beats and unabashed sense of humor, it certainly bears repeating Maneater is akin to some sort of unholy marriage between Saints Row and Jaws, and that’s quite alright by me.

Maneater is out now on PS4, PC and Xbox One with a Nintendo Switch release due later in 2020.

An occasionally rough but always entertaining open world actioner that puts players in control of one of nature's greatest predators, Maneater is the over the top, human chomping odyssey that many of us never knew that we wanted. Until now.