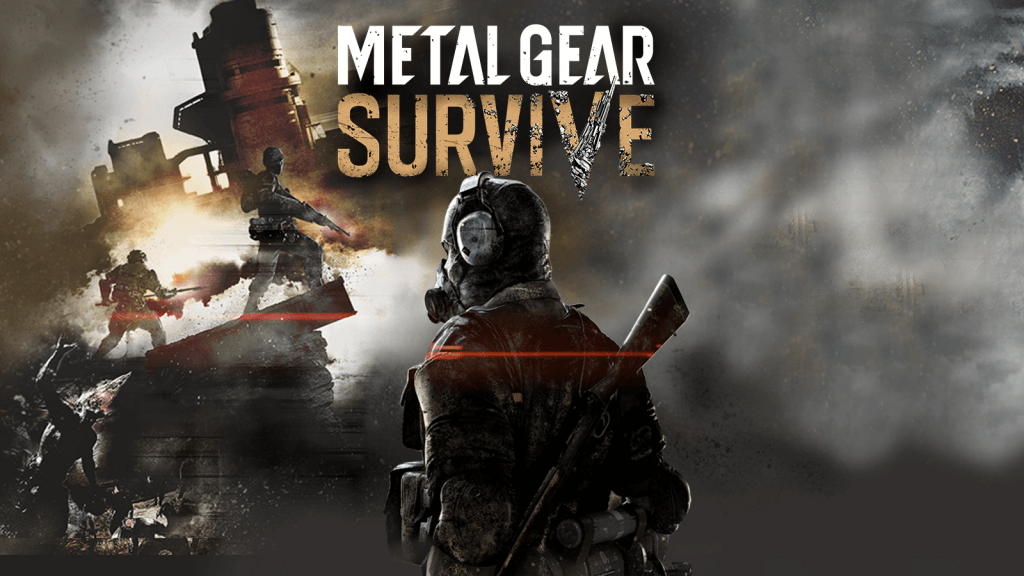 There is a point early in Metal Gear Survive where all that I’d dreaded about it seemed to come to roost.

An encounter with multiple enemies in harsh conditions with rapidly depleting thirst, oxygen and hunger meters had me stumped. I was trying to protect a survivor and protect a warp point that would take a short while to activate. I was woefully underprepared, and felt out of my depth because no matter how I tried to finish the mission, something new messed it up.

Then, after walking away and returning to Metal Gear Survive later. I made a plan. I gathered resources, did a side mission or two, and came back to the mission point with everything I could use. This time, I breezed it. It was then I learned that Metal Gear Survive is a tough as nails survival game in the early going. I also learned I couldn’t keep away from its strange, flawed cycles.

Having the Metal Gear name attached to any project in a post-Kojima world meant starting off on the wrong foot, and boy did Metal Gear Survive get off on the wrong foot, then proceeded to continue using that wrong foot to blunder downhill. If it wasn’t the rehash of existing assets, then it was the use of the survival genre and undead enemies. Even at launch the game swung that foot clumsily one more time with a save file debacle and players locked out of the game whilst waiting for a patch. I didn’t get to start the game until two days after launch due to this. The basic premise of Metal Gear Survive is suitably daft. In the battle to save Mother Base seen at the end of Ground Zeroes, a wormhole opens up and swallows a large section of the F.O.B. including the player. You then find yourself in a strange new dimension. One that sorta looks like Afghanistan (because it is) from Metal Gear Solid V. From there is government cover-ups, undead soldiers, stealth, survival, eldritch beasts and dollops of history lessons.

Metal Gear Survive is not a Kojima game, that much is clear. It definitely touches base with the over the top weirdness that’s his signature however. Don’t misunderstand me here, it’s not even close to the level of storytelling in most Metal Gear titles. That’s both in depth and in character, but it isn’t without the odd moment.

You begin by facing three key dangers. Your thirst, your hunger, and the crystal-topped undead known as Wanderers. As noted, it’s a good while in before you truly stop any of them kicking your arse, and by then the game’s thrown a few new bouts of sadism at you. Thirst is tough to begin with because apart from the odd one, nearly all water you’ll find is dirty. You may get away with a few glugs of filthy water, but eventually sickness will be an issue. Left untreated (there’s several medical aids for wounds and infections a la Snake Eater), and your character will be upchucking all over the place whilst losing health and stamina.

Hunger is a touch easier. You can gather berries early on and they’ll stave off a bit of your peckishness, but boy does that meter deplete quick. You can hunt the wildlife for better food, but it needs cooking to cut the risk of sickness. I say hunt, but 90% of all animal hunts were just me running up and Superman punching goats and wolves like Roman Reigns in a zoological spin-off of WWE.

The Wanderers are your introduction to actual psychical threats in Metal Gear Survive. They’re easy enough to dispatch with on their own, but that’s the trick see? They are almost never on their own. They can’t see, rather they ‘sense’ you, mainly through hearing. Alerting one pretty much means you’ve alerted a few more and they overwhelm you rather easily. Avoidance is key in most encounters, but time comes where you have to fend them of to activate a wormhole generator (fast travel points) and you learn the hard way how to prepare for these moments.

As you progress, you gain more and more ‘recipes’ and materials for better equipment and gear to tackle the Wanderers, and worse. Yet the start of Metal Gear Survive sees you poking pointy sticks through fences at these shambling husks. You pray they don’t get in your makeshift defences too quickly. That’s because the melee combat is so particular that one wrong move can mess up everything. The melee combat requires patience and timing. But as you can’t really always scope the enemy out before making a decision, it feels a bit at odds with dealing with swarms of Wanderers up close. That’s the point of course, but it’s not hard to feel like the game isn’t giving you a chance. It does appear that the game only truly feels ‘right’ when you begin to get more tools, gadgets and weapons to play around with. As such, you can see how the game gives itself one hell of a mountain to climb. You have to suspect the inclusion of microtransactions hampered the way Metal Gear Survive starts off.

You scrap and scrape so much during the early hours of Metal Gear Survive. To the point it feels a little too bleak. Could it have kicked off in a slightly more forgiving fashion? Perhaps, but for me, it made the later part of the game, when you’ve attained some sweet gear, and have a better understanding of how to handle things, a much more satisfying survival loop. You feel like you earned it. A bit of streamlining in the explanation of how things work, coupled with a slightly more forgiving meter system for hunger, thirst, and later, oxygen, would have gone a long way to lightening the pressure already on Metal Gear Survive.

Once the game hits its stride it really is good, hard fun. It certainly has its annoyingly cheap moments (you’ll definitely know ’em when they show up) and base and people management feels a touch laborious (you can rescue people to work at your base, but have to provide basic food, drink and shelter for them) . Yet the manner in which Metal Gear Survive ramps up the crazy in terms of action more than makes up for that.

There’s a co-op mode too by the way. Currently it’s simply rehashed versions of singleplayer base defense missions from the main game. In fairness, the rewards are decent and with the right team of people, it’s genuinely tense and enjoyable. I just wish there were more to it than that. I had hoped for a smooth drop-in, drop-out approach to all aspects of Metal Gear Survive. Alas, co-op is a rather limited affair at launch. Which makes the need for online connectivity all the more grating when the majority of your time is spent alone. Of course Metal Gear Survive’s biggest problem is that it simply isn’t the Metal Gear that fans wanted. The recycled assets, the slightly odd shift to a zombie survival base-builder, and the fact that it has zero input from Hideo Kojima after he was dumped by Konami. All of that and more have the game written off before it got out of the gate. Any failings from there are magnified significantly. We’ve seen before how acidic reaction can be to a property being used outside of its comfort bubble.

Konami are as much to blame as anything else for that. There is simply no denying that. All the same, Metal Gear Survive is a pretty effective, if slightly shonky, survival game. Just one that has the albatross of what many see as a dead name hanging off it. With refinement and the benefit of time, it may yet be regarded in a kinder light. For now, lumps need to be taken, and lessons learned. It’s hard to say if they truly will.

No, it is not a good Metal Gear game. Yes it is somewhat difficult to love thanks to a laborious and shonky opening act. Yet Metal Gear Survive is a good survival game underneath the grime of its controversial existence. Whether people will give it the chance to show that is a whole other issue.