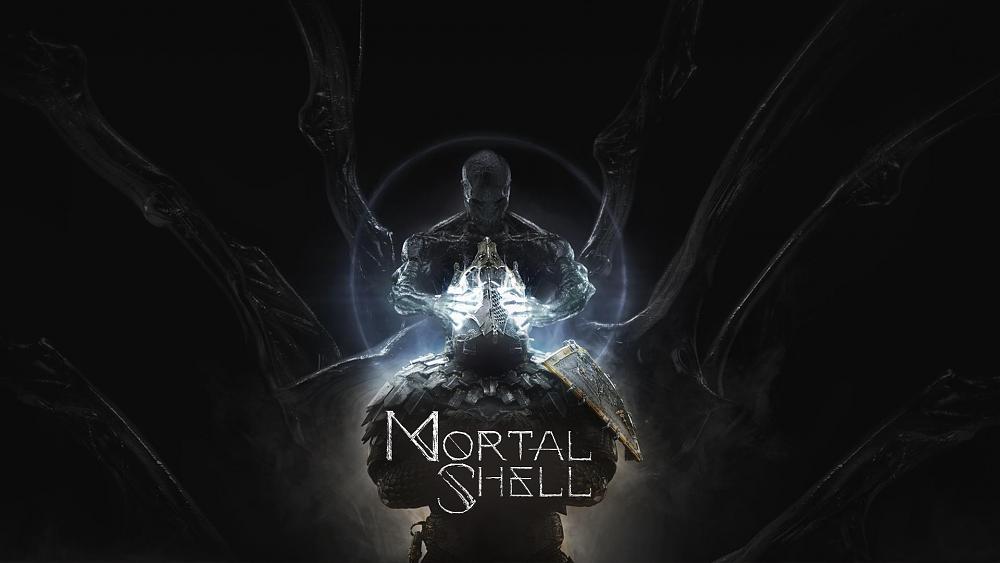 Mortal Shell PS4 Review – An extremely vague, abstract story, punishing combat and a dreary fantasy world. Has someone just released another SoulsBourne title? Yes, yes they have. There have been a lot of non-From Software Soulslike games over the years ranging from the great like the Nioh titles and the second entry in The Surge series to the poor including Lords the Fallen and Hellpoint.

Where does Cold Symmetry’s Mortal Shell fit into this increasingly populated niche genre?

Firstly, let’s get the big talking point done with, this game is as close to Dark Souls as you can get, minus a few tweaks that work with varying levels of success, it’s Dark Souls, just a poorer, less realised version of the game it emulates. There are brief points, like the load screens that show item descriptions, the rambling NPCs and dreary world design that occasionally leads you to believe you are in one of From Software’s highly acclaimed RPGs but unfortunately, just about every aspect of Mortal Shell fails in comparison.

You start in a decrepit dreamscape of a ruined castle where you take part in a brief tutorial. It is here, in this very bright, very white area that you are shown, for the first time, a part of Mortal Shell that tries to differentiate itself from the tried and tested SoulsBourne formula. You are shown hardening, which may sound like something you get at a back street seedy massage parlour but it is one of Mortal Shell’s main game systems. Instead of being able to block you can solidify your form and negate the next attack.

The hardening mechanic is probably my favourite part of Mortal Shell as it can be used in an array of different ways and can even be activated mid-combo. You can use it to block, to stagger enemies, to regain stamina while being invulnerable and the many ways you can work it into various combos is quite staggering. It takes time to get used to and it will take some adjustment to get it right but when you have got over the steep learning curve, it’s quite an enjoyable system to use; you just need to acclimatize to the cooldown time.

The rest of the tutorial is nothing new to Dark Souls players, roll, light attack, heavy attack and stamina management are all here and are all key to your success. One thing I will say is that the combat feels deliberately slow and more methodical than the Souls games and I don’t think I liked it as much. It does not feel as responsive and the robotic, bland enemies make it feel less satisfying. The combat just feels off somehow, I think it’s down to the slow plodding nature of it and sometimes it feels a bit too tanky and unresponsive to be really enjoyable.

At the end of the tutorial you are pitted against a boss of sorts and he kicked my ass, I was then swallowed by a big space whale and woke up in the game proper. Yeah, normal, weird stuff for games like this and no real surprise in any way. The story, very much like the games that inspired it, is very convoluted and uncanny. Unlike the Souls games though, where it feels like the game has a deeper, wider, unknown lore that you would like to explore and understand, I never felt this with Mortal Shell and I did not find myself wanting to know more, I just got on with it.

Healing Should Not Be Painful

Healing is a pain in the arse, no potions, not an Estus Flask in sight or anything remotely beneficial to hand. You can use edibles scattered through the world but they don’t do a great deal, the main way to heal yourself is to parry and riposte enemies when you have enough resolve. The resolve bar sits above your health meter and fills from killing enemies and performing parries. You can then use this resolve to parry and riposte enemies to regain health or use it for equipped weapon skills. It works adequately and it’s quite satisfying to pull off, it also creates an enjoyable risk/reward scenario but I feel most players will prefer a conventional healing system instead.

It’s not too long until you are introduced to your first shell because in Mortal Shell instead of having a character whose stats you can upgrade, you have shells that have differing amounts of health and stamina. This combined with different weapons determine your characters build and I found it nowhere near as fun or involved as building my character down to each individual stat and trait. I crave more control in how my character behaves, it is one of my favourite parts of these types of game, watching them evolve, watching them grow and sadly it is massively absent here.

Mortal Shell does a few other things to try and carve its own path in this ever-popular genre. The items get more information revealed about them as they are used and some even change what they do, which was unique and did make me try things I perhaps would not have done otherwise. The resources scattered around each stage also regenerate, which is different but neither really make that much of a difference to the gameplay, neither fundamentally make the game stand out nor make it remarkably unique. There is always the Ballistazooka though, which is as fun as it sounds.

When you die, you get ejected out of your shell in a massively dramatic fashion. You can return to your shell and you get a second chance to fight on, it’s different and does make the combat encounters feel a bit distinctive. Similar to Sekiro, it gives you another chance to hit back, especially due to the enemies freezing for a second to let you catch a breath. The animation is quite visceral and the system really does hit home the fact that you are a frail creature running around in the shells of fallen heroes.

Graphically, while Mortal Shell tries to imitate Dark Souls with its sombre environments, peculiar creatures and fantasy armour, it just feels lifeless and bland in comparison. The bosses are not as fun, the environments are low detailed and there are low-resolution textures aplenty. In fact the whole game has quite a blurry, watered down look to it, whether that is a design choice or not is anyone guess but the whole thing is frequently unpleasant to look at. When I think about it neither is Dark Souls a lot of the time but its art direction is far beyond what is on display here.

The musical score, while not amazing, does its job adequately. When you enter a boss fight, the music ramps up and make the fights feel more energetic. I just never really remember a time where the soundtrack or the sound design ever made me really feel anything special. I still remember parts of other games in the genre where the music really stuck with me and made me remember certain parts of the game long after I had finished it. Not here though, the music and sound work is sufficient but not remarkable.

Performance-wise, I had a few issues with Mortal Shell. I do feel the framerate dropped here and there and this made the enemy encounters sometimes feel a bit boggy and magnified the slow, cumbersome combat style the developers went for. Sometimes, I found the controls not as responsive as I would like and over time it made a combat system I initially enjoyed quite irksome and not very rewarding to slog through. Also the enemy AI seemed off, sometimes enemies would walk off into walls or get stuck and again, it just helped suck the pleasure out of the game.

Slowly Chipping Away At Your Enjoyment

I enjoyed my first few hours with Mortal Shell but over time things started to get to me and I started to enjoy it less and less. The more I experienced Mortal Shell’s world, the more I felt I was just playing a bargain bin Dark Souls and I was constantly disappointed. Mortal Shell does try to mix things up by using shells and the hardening system but if you are going to copy something that is popular like Dark Souls, you need to do it well. People will do nothing but compare it to other Soulslike titles and Mortal Shell repeatedly in key areas comes up short.

The slow, sluggish combat, the weird healing, wonky AI and constant poor Dark Souls imitations just got to me. There are far better, more enjoyable games in this genre to play instead of this one. I am a massive Dark Souls fan and I feel the genre is still in its infancy, it can be pushed forward, it can be evolved but unfortunately, not today. I find it hard to recommend this game over say Nioh 2 or The Surge 2 for the reasons I have mentioned, just play one of those instead. If you have played them all and fancy a gamble, hopefully, you may get more out of Mortal Shell than I did.

Mortal Shell is out August the 18th on PS4.

Unfortunately Mortal Shell just feels like a bad Dark Souls game, while I enjoyed it initially, the more I played the more it wore away my enjoyment. The few unique features it has do make the game feel slightly unique but its world-building, combat and enemies pale in comparison to its inspiration. The bad AI and other small issues do little to complement what could have been an enjoyable title. There are far better games in the genre.