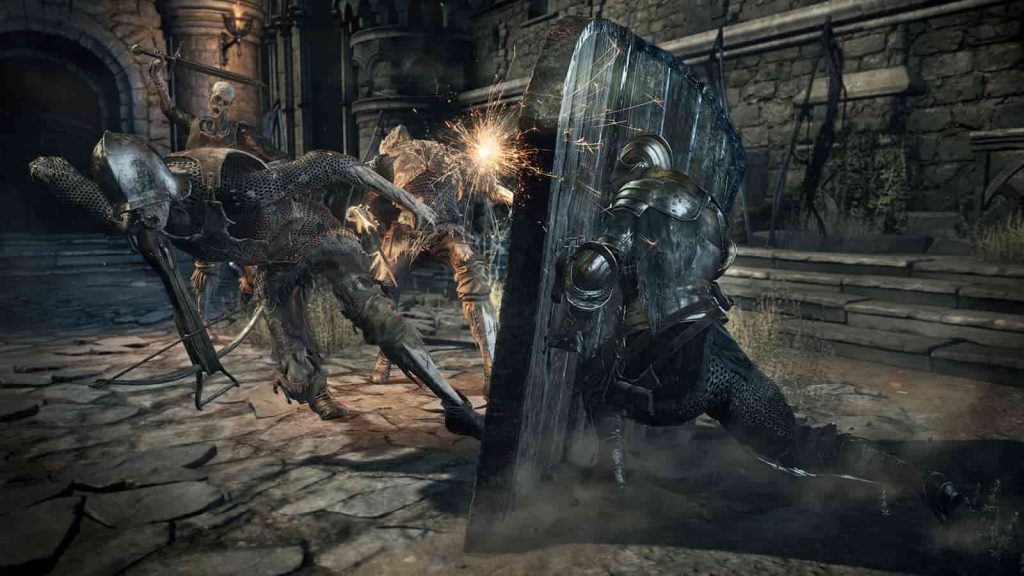 The Dark Souls franchise has cut out its own genre among all the rest. As is the case with all trendsetters, many others take inspiration from the Dark Souls franchise and have created games of similar nature. While there are several names for games like this, folks have typically gravitated toward the moniker “SoulsBorne.” Granted, FromSoftware, the team behind the Dark Souls franchise, has created another title outside of Dark Souls and Bloodborne. We might have to worry about that moniker getting longer and longer as the industry goes on…

In any case, the PS4 library now houses several SoulsBorne games and many more games inspired by them. So we have compiled a list of the best SoulsBorne games on the market. We know many more like-games will hit the market before all is said and done, but we’ll keep this list updated with only the best. This list is all-encompassing and not intentionally ranked.

I know, kinda cheating with this one, but Bloodborne is arguably some of FromSoftware’s best work. Combining beefy challenge with more streamlined combat, Bloodborne has fans agreeing how good the game really is. Our official review is a testament to that point. It may not have magic like the other FromSoftware games, but that focus allows for accessibility without diminishing challenge.

Nioh is a good example of the opposite approach to Bloodborne. Instead of focusing your options in combat, Nioh allows you to choose from a crazy amount of different ways to play, between different weapons to specialties and even stances. It’s just crazy how many ways the game lets you go about it. Like most of the games on this list, we also thought pretty highly of Nioh in our official review.

Sekiro: Shadows Die Twice is a vicious monster of a game. Among all of FromSoftware’s titles, Sekiro is by far the most challenging. Other Souls titles offer defensive techniques and abilities, but Sekiro makes you borderline depend on them, offering a very different experience from the Souls titles. Even with its rigid difficulty, we still loved Sekiro.

Star Wars: Jedi Fallen Order is what one might call Dark Souls Lite, as it gives you plenty of difficulty options to choose from. This makes the game much, much easier than the rest of this list, but it also offers new players an opportunity to completely test out the formula for themselves without as much of the frustration that comes with these types of games. Besides, we thought pretty highly of Jedi Fallen Order anyway, both as a game and a Star Wars installment.

The Surge 2 follows the formula for this list, but it allows you to really customize how you want to play. The Surge 2 improves on so much from the first installment that this is arguably a better place to start in that franchise. Despite its issues, The Surge 2 is another great SoulsBorne option. Plus, it’s a sci-fi option over a fantasy one!

Lords of The Fallen takes a very, very direct inspiration from Dark Souls as you escape from prison and fend off hordes of monsters along the way. Combat mimics its source matter quite closely, but the real difference comes with strengthening your character. You craft equipment to do more damage, but you also integrate gems into your gear to make them even better. Lords of The Fallen also has a Darksiders feel to it, making it a welcoming game for multiple game fans.