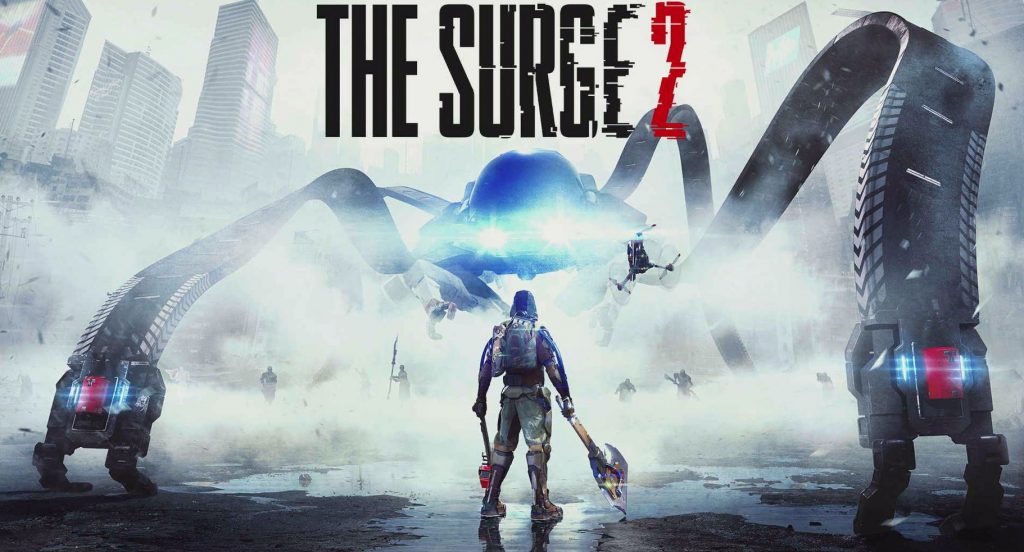 When The Surge released back in May 2017, it was a solid experience that could have been great if tweaks were made and some quality-of-life improvements were added to the game.

Well, with The Surge 2, Deck 13 have made a number of those tweaks and introduced tons of quality-of-life improvements that make the game a far better, more interesting, and more rewarding experience than the first game. However, some of the issues from the first game are still present here and those issues somewhat spoil an otherwise enjoyable action RPG.

A World Gone To Ruin

In The Surge 2, you awaken in a prison suffering from amnesia, with no semblance of where to go or what to do, other than a vision of a little girl. You follow that vision and make your way out of the cell and the Police Department. Upon leaving you step out into Jericho City, a sprawling open-world comprised of around a half a dozen districts that have been overrun by sentient Nanites (small, robotic creatures) who have bound themselves to every man, machine, building, and alleyway with the sole goal of taking over the city.

You then head out into the city to find out more about the girl and who is hunting her, what happened to the city, and your past.

That serves as the core throughline in The Surge 2’s narrative, but the characters you meet along the way help build the world of The Surge 2 infinitely more than the dull, lifeless factory of the first game did. The game offers far more characters to interact with when compared to the first game. The majority of these characters will offer quests for you to complete which outnumber the first game and are far more interesting. These characters are actual people living in the city and have their own lives, such as a lady who asks you to track down a debt collector and stop him coming after her.

Unfortunately, whilst the people are more interesting, the majority of these quests are fetch-quests and I found only the initial interaction with the quest giver to be intriguing. The later steps of the same quest ended up falling a little flat, with me hunting down items for the person. On top of that, very few of the quests actually provide any kind of satisfying ending.

But, The Surge 2’s world-building is saved by some varied and interesting environments. The game takes place entirely within Jericho City and has you finding shortcuts and pathways back through each area. However, during the last third of the game, I found backtracking to be quite tedious, due to how windy Jericho City is. There is often only one core path to an area and remembering where that was became a bit of a chore. The game could have done with a fast travel system to keep the experience tight and pacing smooth.

Each area has its own style and history, such as the ramshackle, metropolitan buildings of Downtown Jericho, the natural greenery of Gideon’s Rock, and the flimsy, man-made structures of The Cathedral of The Spark (which is run by a group of zealots that believe they need to become one with the Nanites, embracing them).

The environments are a huge step up from the first game and it is wonderful to not be stuck in a grey and orange factory for twenty hours. The Surge 2 encompasses every part of Jericho City from the streets to the underground tunnels and the game is much better of because of it.

The Missing Piece Of The Puzzle

Combat in The Surge 2 is mostly unchanged from the first game, with the ability to cut off limbs for body parts and weapons returning. However, this time, Deck 13 have added a proper parrying system to the game and it varies and deepens the combat experience immensely.

Within the first hour of the game, you pick up an implant that can be equipped that allows you to parry attacks by pushing the right stick in one of four directions as the attack is about to hit you. The direction you need to push is shown by a white arrow indicator in the centre of the screen. A successful parry will stun the enemy and allow you to perform a counter hit for massive damage.

Parrying reveals itself to be the missing part of the puzzle from the first game and it is practically invaluable. Combat also feels stale without it. It feels far more rewarding than just dodging an attack, landing a few hits, and repeating. Bosses can even be parried and stunning one, landing a damaging blow, and severing a limb is incredibly satisfying thanks to the excellent sound effects in The Surge 2. Hits feel powerful and I would argue that the sound effect when you parry an enemy is on par with that found in Dark Souls and Sekiro.

Bosses are also far more interesting and fun to fight when compared to the first game. Whilst the number doesn’t come close to that found in similar games, each one has a diverse range of attacks and oftentimes multiple phases that dramatically alter how you need to approach the fight.

The Surge 2 also doesn’t place you against too many static robotic enemies, with far more diverse human enemies as a result. If you do face a robotic enemy, it will have a more humanoid form and as a result, be far more interesting to fight. The creativity does come with some fairly significant difficulty spikes, which at times led to me spending multiple hours on a boss, hoping for a good run.

For all its improvements, The Surge 2’s combat suffers from an issue that was present in the first game. The final area of the game is a massive and unfair difficulty spike, that fills the level up with far too many enemies, that are far too tricky to take on in large numbers. This leads to what can only best be described as a clusterfu*k of enemies attacking you from all sides, with no way to defend yourself.

So, I ended up just running through most of the area, which is disappointing, given how enjoyable combat can be in The Surge 2. Another issue with the game is that the lighting is all over the place. At times the game can be too dark and at other times it can blind you with how bright it is. It wasn’t horrific, but it never looked right and it led to me frustratingly having to adjust the brightness slider every few hours, as I changed locations and fought new enemies. This problem was exacerbated by the significant pop-in on a regular PS4, as well as some muddy and blurry textures on buildings.

Quality Of Life Improvements By The Dozen

One thing that is immediately evident in The Surge 2 is how much work Deck 13 have put into improving the inventory systems and a lot of the smaller mechanics in the game. For example, each Gear Set comes with partial and full set bonuses that provide additional effects on top of defence buffs, when equipping items from the same Gear Set.

Implants can now be equipped and unequipped anywhere, allowing you to change your loadout on the fly and adapt to any situation instantly. Those implants are also far more interesting, with them utilising the new parry system to provide bonus effects, such as a damage buff on a successful parry.

There are a number of smaller changes, such as being able to dismantle all of your Tech Scrap consumable items at once, the ability to convert higher-level materials into lower-level ones of the same type, the Drone is actually useful and effective now, with a number of different weapons and tools that can do everything from pull an enemy towards you to snipe them from afar. Gone are weapon proficiencies, which their absence encourages you to experiment with the more than 50 weapons that are present in The Surge 2.

Deck 13 have even added multiplayer features such as a Tag system that allows you to leave notes in the environment for other players, similar to the Dark Souls-style notes system; although, The Surge 2 opts for symbols rather than words. If you had an irk with the first game or felt like a system was underutilised, then The Surge 2 more than likely fixes that for you. The quality of life improvements and smoothing of the player experience helps keep the game engaging throughout its twenty-or-so hour campaign and I The Surge 2 stands far above its predecessor because of them.

A New And Much Better Game, With Some Old Problems

The Surge 2 is a far better game than the original and the number of improvements Deck 13 have made to the game is staggering. Bosses are more interesting and fun to fight, quests can be tracked, parrying is a fantastic, new pillar to the combat. I could go on.

All the improvements make The Surge 2 a must-play for anyone that played the first game or even tried it and dropped off. Anything that was good about The Surge has been improved upon here and most of the tedium and monotony has been removed. However, during the final hours of The Surge 2 and coming away from the game, I can’t help but feel that a few more months of fixing technical issues and play-testing some sections of the game and bosses would have helped to improve the experience even more.

The Surge 2 is available now on PS4, Xbox One, and PC.

The Surge 2 is a much better, engaging, and rewarding experience than the first game. Dozens of quality of life improvements, more interesting environments and characters, and the addition of parrying makes The Surge 2 a must-play for anyone who even slightly enjoyed their time with the first game. However, the game holds itself back from being an excellent souls-like with some poor lighting in areas, intense difficulty spikes, and a final area that is just plain unfun.