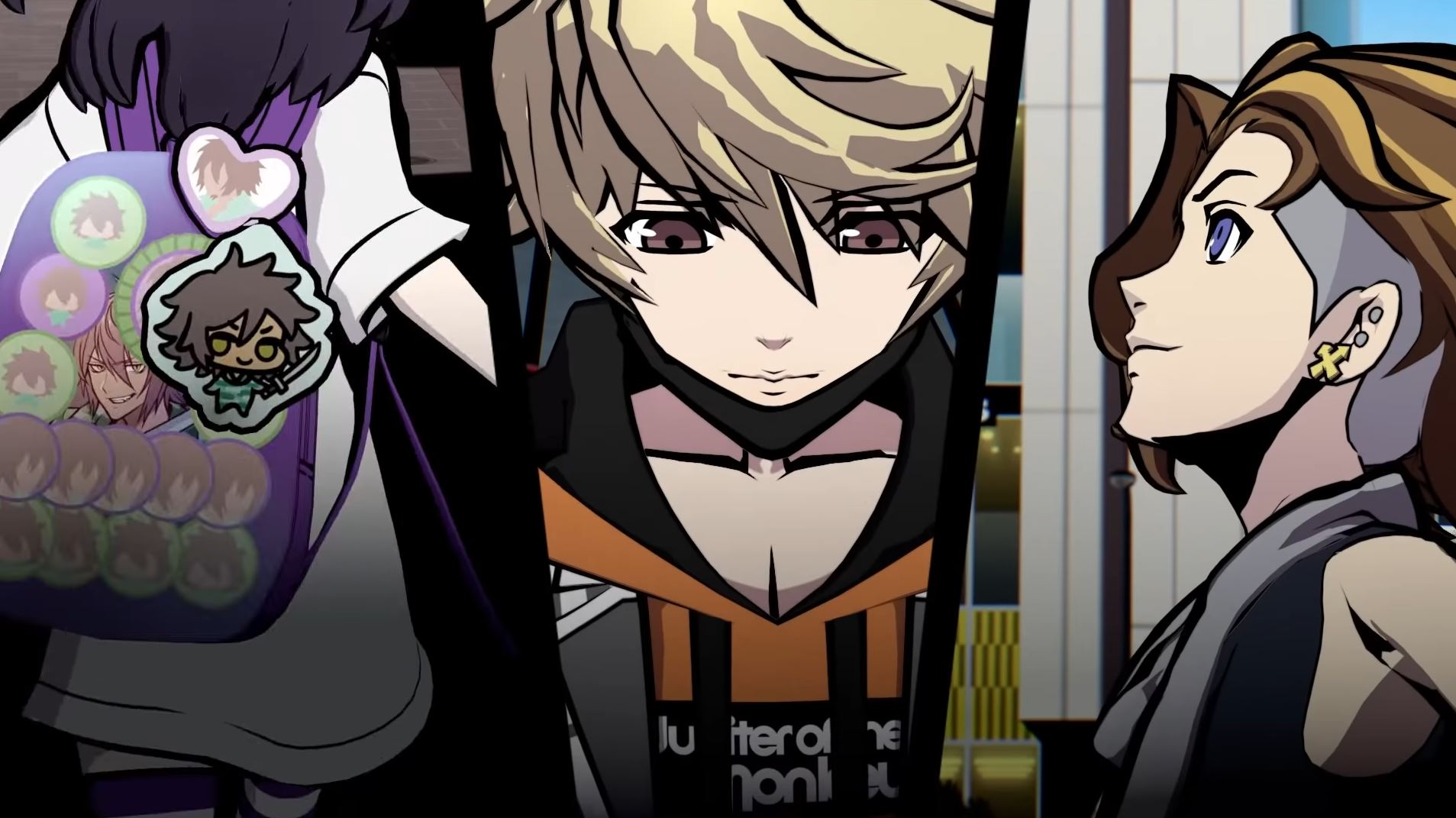 Neo: The World Ends With You PS4 Review

You play as the teenager, Rindo Kanade, who’s accompanied by his friend, Tosai Furesawa, or “Fret.” You begin on the busy streets of Shibuya, meeting up with Fret. Suddenly, a man appears on the TV ad board, shouting “Sheeples of Shibuya,” introducing a new “Game” to everyone. Monsters, called Noise, appear out of nowhere, everyone flees, and the world starts to flash. Once the flash is over, Rindo appears back on the streets of Shibuya like nothing happened.

However, things feel different now. Passers-by don’t seem to see you, and initially your phone only sends and receives messages from Tosai. Then your phone starts installing different apps, which all revolve around some kind of Game that that man on the ad screen mentioned before. The people you meet also reference the Game, but they only feed you tidbits as you go along. 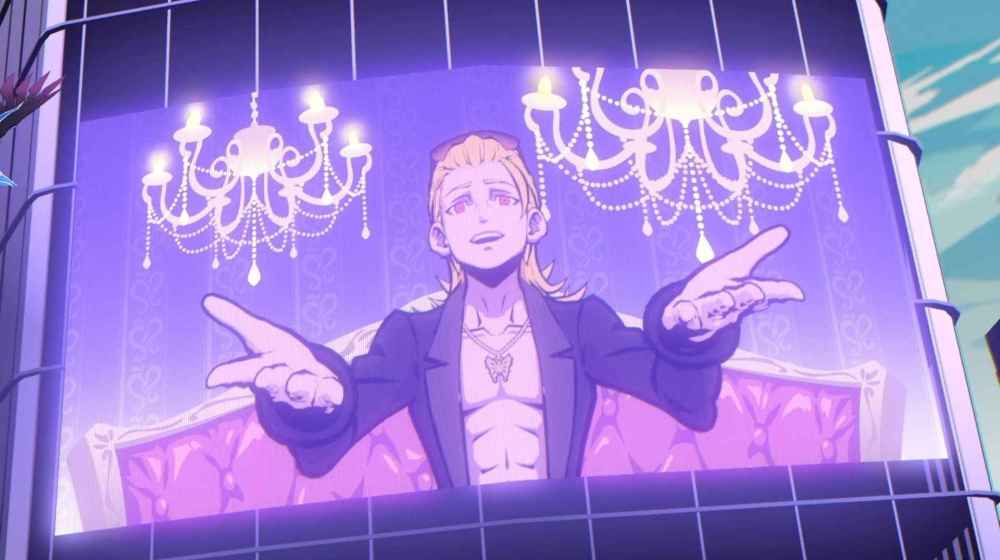 After the first few minutes of controlling Rindo, you come across your first Pin. Much like in the original game, Pins play a major role in the game’s combat. These act as abilities for your character, and they level up as you use them. Each of your three playable characters equips a pin, and you combine their skills to deal out damage in battle.

As previously mentioned, Pins level up as you use them, and many evolve when you max out their levels. Granting this kind of development to the Pins creates a motivation to develop all of the 300 different Pins available throughout the game.

While the first game had pins rotate in on their own, Neo allows you to equip pins to each combatant. This keeps combat more focused on managing your stamina bars versus responding to your Pins. I enjoy the new focus on action, and having a sequel with combat recognisable in its predecessor keeps both games relevant, but the strategy aspect goes down this way. 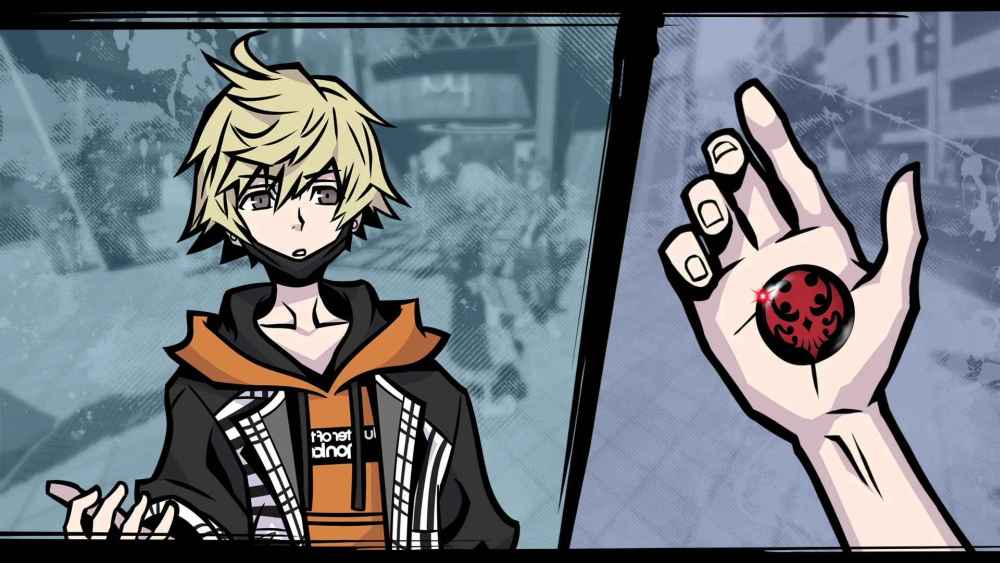 Pins still maintain a level of strategy, though. In compensation for rotating Pins, Neo allows you to strategize how you want to play by allowing flexibility with Pins. In fact, if you want to focus on one Pin skill, you can equip multiples of said Pin onto each character to increase its effect, such as increased elemental damage and so on. This maintains a level of strategy, albeit lesser than its inspiration, while still focusing on more action-oriented combat.

Take It To The Streets

All in all, combat feels less spontaneous than the original game. In contrast, NEO allows itself to take inspiration from its source material without trying to directly copy its previous successes.

Different face buttons are attributed to your Pins, with them attached to R2, L2, Square, or Triangle, and each character is represented in combat with their designated face button. To keep you from simply spamming attacks, stamina bars for each party member limit how many attacks happen in succession. This mimics the combat style of the first game, with the only difference being the way that the game displays the combat. 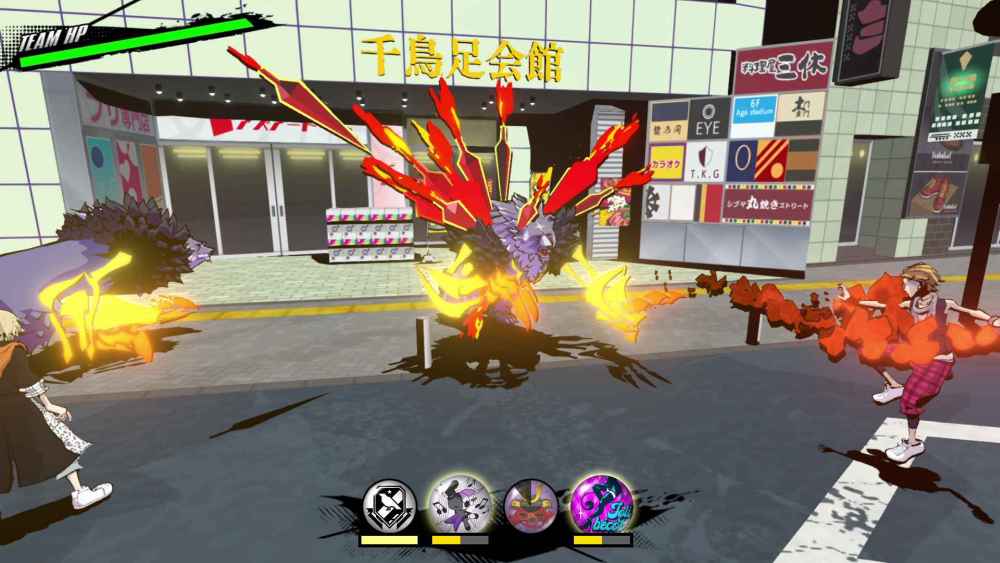 Instead of the original game’s side-on perspective, the camera sits behind your attacking character. When you start attacking with a different individual, that character takes the foreground and the others move to the side. Some attacks are held to power up while others are mashed for quick successive attacks. This allows you to charge up one attack while spamming another at the same time.

Groove acts as the final component of combat. Acting like a stagger meter, enemies weaken once their Groove reached 0%. At that point, you press Circle and let loose a combo attack with all three characters. These change depending on the types of equipped pins, and they make for quite a show.

At the start, even though combat is flashy and engaging, it all felt a bit mediocre. However, Neo introduces gameplay elements gradually, allowing you to grow accustom to each new feature. NEO gives you the time to learn how to play properly while still offering a natural sense of progression. This side of NEO offers a gameplay balance that I wish more games offered, because the feeling you get once everything comes together just feels wonderful.

The sights and sounds take this game to the next level. Neo sports a heavy cel-shaded art style combined with artsy camera shots, which greatly increases the visual integrity of the complete package. Along with that comes some high-energy music that accompanies the overall style perfectly. 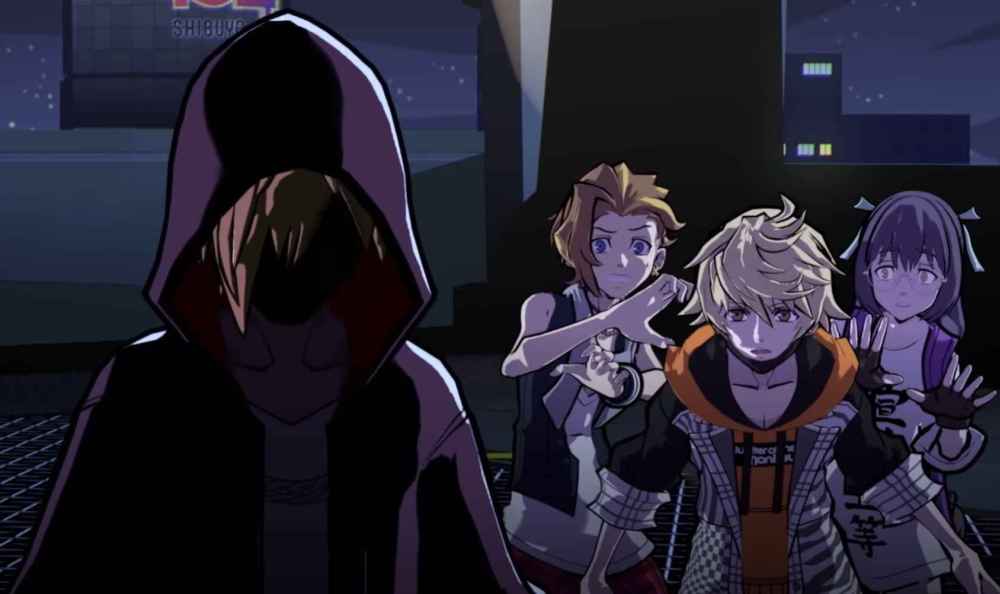 Characters lack the kind of deep development that comes with stronger narratives, but each character feels unique. Side characters also garner just enough showtime to feel like they don’t feel short changed at all, but rather slot into the narrative in a meaningful way. Again, not many of the side characters feel profound, but the added verisimilitude offers some nice breadth to the cast. Just don’t expect anyone to truly wow you.

Much of the story is delivered through text bubbles. While the writing holds up across the board, the writing tends to go on and on from time to time. While I dig this kind of natural characterization through exposition, many story sequences, often less important ones, take a long time to move through. Regardless, the writing remains fun in these sequences, even if they run long.

NEO offers mini-games as you go along. While they come across as somewhat goofy, they play well within the confines of the world. In particular, Frat uses his ability to interact with people in order to remind them of what they have seen. Again, they are somewhat goofy, but they break up the gameplay nicely and never overstay their welcome or get overused.

NEO: The World Ends With You takes the baton held out by the original game and runs the race in its own way. It takes the successes of its predecessor and finds its own voice. The game may run long and not be entirely profound, but it offers up an engaging combination of clean and flashy aesthetics, addicting levelling, and fun characters to create a complete package. Any RPG fan worth their salt needs to get their hands on this game.

Neo: The World Ends With You launches July 27, 2021 on PlayStation 4, Nintendo Switch, and PC.

Neo: The World Ends With You offers up something all its own while still keeping its roots in view. Some slow pacing and long-in-tooth writing doesn't keep Neo from being a delightful RPG. If the art style and music don't take you, then the combat and its mechanics will.

NEO: The World Ends With You