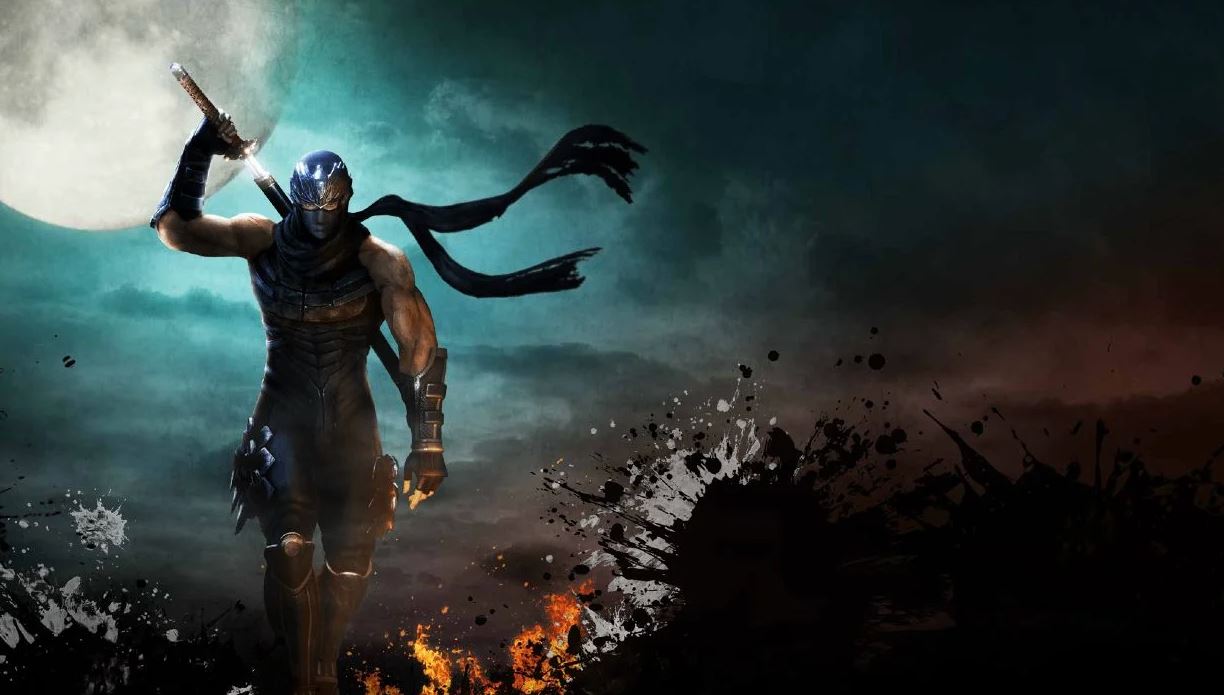 Thus, two things are immediately apparent. The first is that, for the most part, these games have aged pretty darn well (especially the first two). The second thing is that I’m old now (as opposed to just getting older when these games originally came out) and my reaction time has degenerated accordingly, making me trepidatious about how I would fare against the series legendary difficulty level.

Let’s start at the beginning though. Whether you’re playing the first, second or third Ninja Gaiden, each one carries with it a reputation for high difficulty and equally high octane, third-person action that is more than well-earned. It’s also worth mentioning too that for this collection, Team Ninja and publisher Koei Tecmo have elected to use the PlayStation ‘Sigma’ variants for the first two games as the basis for the conversion. 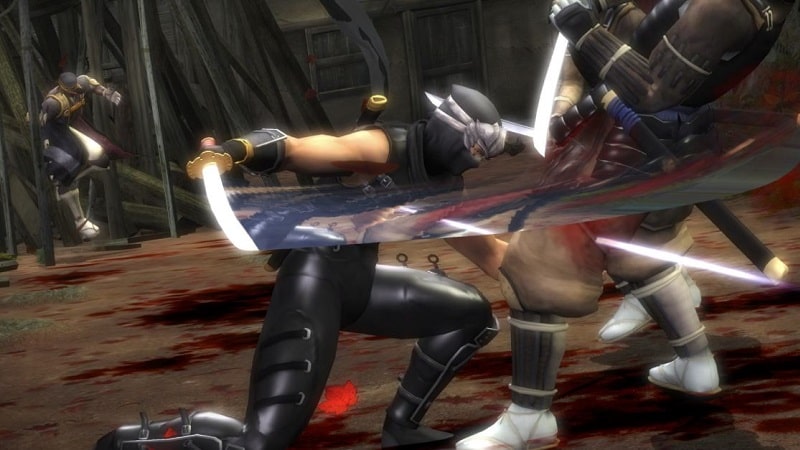 Now, if you’ve only ever known the PlayStation 3 and PlayStation Vita versions of the first two Ninja Gaiden games, nothing will seem different. If however, you’ve recently hopped over the fence from Xbox Land (hi there!), you might be surprised to discover that Ninja Gaiden 1 and 2 are both somewhat different from what you may have previously experienced on the Xbox and Xbox 360 accordingly.

Right off the bat, the Sigma versions of the first two games include a bunch of additional enemy types, extra save points and weapons not present in the original Xbox versions, additional Mission Modes and unlockable characters. While that all seems like good stuff, where the Sigma variants (so to speak) have rubbed OG veterans up the wrong way, is in the implementation of new ‘Ninpo’ powers, which allow protagonist Ryu Hayabusa to build up reserves of Ki and target enemies with a blast of magic that essentially kills them outright.

Oh and that’s not the worst of it. Back in the day, Ninja Gaiden 2 Sigma had a ‘special function’ whereby the motion control aspects PlayStation 3’s Sixaxis pad can be used to make the boobs of guest character Rachel jiggle depending on the severity of the movement. Thankfully, such painfully thirsty ‘functionality’ is not present in the Master Collection version of Ninja Gaiden 2. So you can see why, back in the day at least, a fair sized chunk of gamers who already made their bones on the original versions of Ninja Gaiden and its sequel, would find these changes a little bit jarring to say the least. 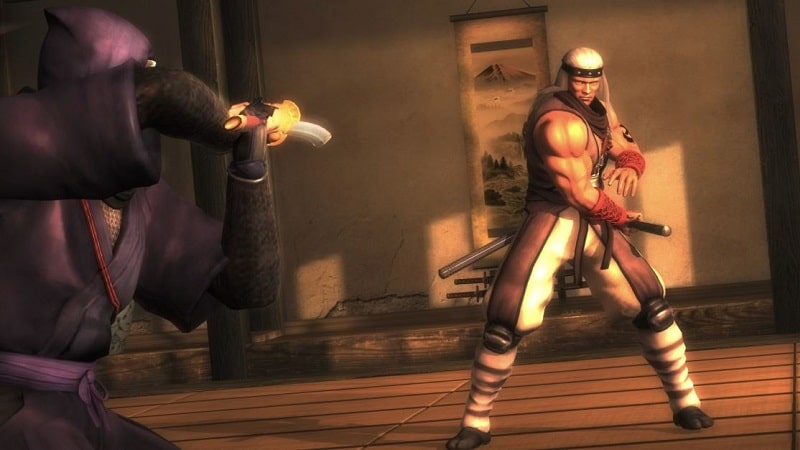 Regardless of such tweaks to the base formula of the first two Ninja Gaiden titles, the fact remains that each offers up a bounty up of hyper-responsive, hyper-kinetic third person action that is rarely seen these days. Starting with the first game in this muscular package, Ninja Gaiden has aged extraordinarily well. Ryu Hayabusa’s muscle twitch movement and how ultra-quickly he responds to commands, is easily up there with any contemporary action effort, while the violent creative latitude permitted by Ninja Gaiden’s is also pleasingly substantial.

In fact, it’s the latter part of Ninja Gaiden’s enticing design that has aged the best. Mixing up weak, strong, aerial strikes and blood spraying dismemberments, in the hands of a master, Hayabusa’s murderous ballet of acrobatic slaughter can be a thing to behold. It’s no wonder that Ninja Gaiden has been so well regarded all these years as a truly hardcore action effort, because that is the audience that it is laser focused on satisfying.

Then there’s the sheer content offering that each title in the Ninja Gaiden: Master Collection offers. In addition to having most of the available costumes that were released for each game, all three Ninja Gaiden games also boast all of the additional modes that were appended as a result of the Sigma update. Present and correct in the Ninja Gaiden: Master Collection, players can embark on a variety online co-op missions in Ninja Gaiden 2 and 3, as well as a wealth of other offline challenges and modes that all serve to add further value to what is already a value stuffed package. 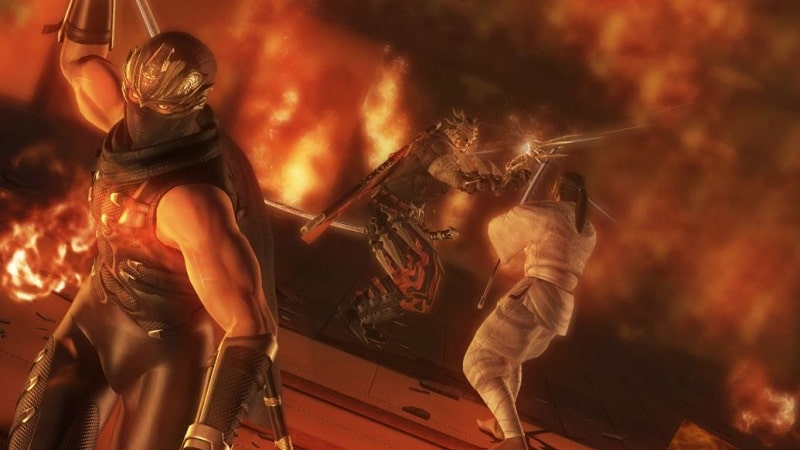 That said, those who have yet to properly ingratiate themselves with the nooks and crannies of Ninja Gaiden, will still nonetheless find a path to satisfaction and reward here, as each game in the Ninja Gaiden Master Collection provides a ‘Hero Mode’ in which the player is given an inexhaustible supply of Ninpo attacks and an auto block to boot. Sure, the arguable meat of the Ninja Gaiden experience is that difficulty and the overwhelming feeling of satisfaction you get when you’re victorious, but Hero Mode still crucially provides the less skillful or experienced among us a decent way to get started on the ground floor, so to speak.

However, as well as the first Ninja Gaiden has aged, it still has some fairly serious problems with the camera. While Ninja Gaiden often permits the player to freely pan the camera or set it behind the player, when the action shifts into more constrained areas, such as inside a dojo or other such similarly sized room, sometimes the camera can get confused, often resulting in a less than ideal view of the action as you’re getting pummelled to death by your merciless enemies.

Speaking of merciless, Ninja Gaiden’s overly steep difficulty curve is perhaps nowhere better illustrated than its first boss. Essentially Brock Lesnar with nunchucks, the fierce Murai is a force to be reckoned with; blocking all of your attacks and retaliating with lightning quick offence and devastating takedowns, the only way to defeat him is to dodge at the last second and gradually chip away at his substantial health bar. As such, Murai is emblematic of the whole of Ninja Gaiden; a true trial by fire in which your success is exclusively dictated by your reaction time, combo linking ability and talent for split-second blocks and evasions. As it should be. 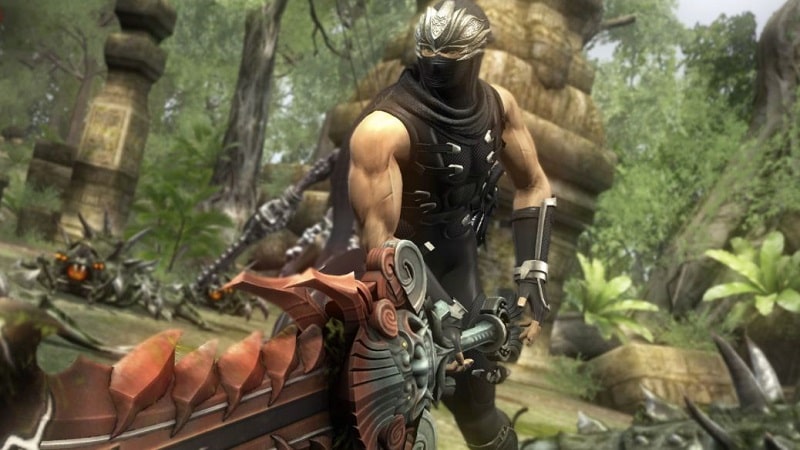 Moving past the first title in the Master Collection, Ninja Gaiden 2 is a great reminder of the fact that Team Ninja really perfected the series with its second instalment. A consummate combination of refined, high octane combat, a much better judged difficulty curve and some of the best looking levels in the entire trilogy, Ninja Gaiden 2 can still comfortably command its position in the higher echelons of the third-person action genre.

With more weapons, much more gore and all new enemies than ever before, Ninja Gaiden 2 also offers up something of an entirely fresh challenge for veterans of the first game too, with some of the most original and challenging bosses the series had ever seen. As it turns out, Ninja Gaiden 2 was one of the best looking action titles of its day too and that carries through into the Master Collection too, with star studded skies hanging above dense, Tokyo-inspired urban sprawls and rose blossom dappled courtyards and bridges lending the game a traditional sense of beauty that holds up even today.

Sadly, Team Ninja would drop the ball somewhat with Ninja Gaiden 3: Razor’s Edge. Immediately, it’s somewhat telling that Tomonobu Itagaki, who directed the first two games, had nothing to do with the third game in the series – and for good reason. Ramping up the difficulty to an insane level and suffering from a range of poorly realised enemies and locations (the faux-cockney spewing enemies of the first level are total cringe of the highest order), Ninja Gaiden 3 is quite simply a shallow imitation of the two games that came before it. 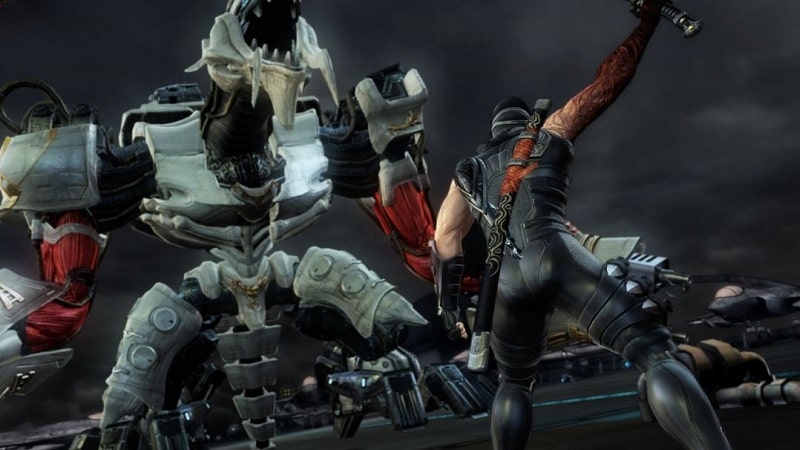 Underscoring that problem, Ninja Gaiden 3 also includes a number of pointless QTE and oddly placed ‘stealth’ sections that rather than meaningfully augment the experience, instead detract from it and rob the Ninja Gaiden threequel of much of the depth that characterised the previous two games. Bereft of verve and soul, Ninja Gaiden 3 is hack and slash by numbers and is arguably not fit to bear the franchise name.

All the same, while Ninja Gaiden 3 is arguably the worst of all the games in the Ninja Gaiden: Master Collection, having it present as an odd curiosity of sorts (if only as a means to illustrate how an otherwise great series can go off the rails so comprehensively), is also worthwhile and certainly adds in an odd way, to the overall value of this muscular trio of action efforts.

Of course this being a modern remaster (rather than a full-blooded remake along the lines of Bluepoint Games seminal Demon’s Souls), expectations need to be set in check as to the sort of visual uplift you’re getting here. While the resolution hits a razor sharp 4K on PS4 Pro and PS5 consoles and 1080p on the standard PS4, little else has been done to bring these games up to date for contemporary consumption. These are still the same character models and environments that you saw all those years ago, but now running at 4K (if you own a PS4 Pro or PS5) and ticking along at an unbroken 60 frames per second. 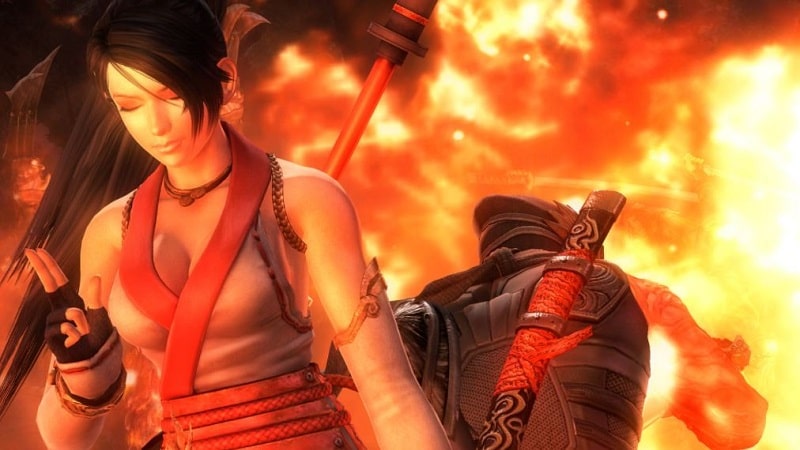 So if you’re lucky enough to be the owner of a shiny new PS5, you aren’t going to be seeing much of an uptick in performance over PS4 Pro folks other than speedier loading times, meaning that yours (and sadly my) dreams of a ray-traced, fully upgraded Ninja Gaiden will likely stay as just that for a good while yet. In regards to the technical presentation though, there is one little oddity. While the real-time cutscenes seemingly bomb along at 60 frames per second in the first game, they’re reduced to 30 frames per second in Ninja Gaiden 2 and 3, making the leap to those titles a little more jarring than it otherwise might have been.

A rousing re-release of Team Ninja’s golden era of third-person action adventures, Ninja Gaiden: Master Collection gives current players a fantastic way to play two of the greatest third person action games ever. And Ninja Gaiden 3. If you’ve got a hankering for the Ninja Gaiden titles of old, or, if you just want to see all the fuss is about, there’s arguably no better place to start than this.

A much needed re-release of Team Ninja's trio of Ninja Gaiden titles, though the third game is a step below the other two games, and the remastering effort a touch on the conservative side, it's a proper joy to be able to play the first two Ninja Gaiden games once again on contemporary hardware; camera issues with the first game notwithstanding. Bolstered by a neat amount of extras and the seemingly ageless and satisfying combat that's as good now in 2021 as it was before, the king of high-octane, hyperviolent ninja action has returned.