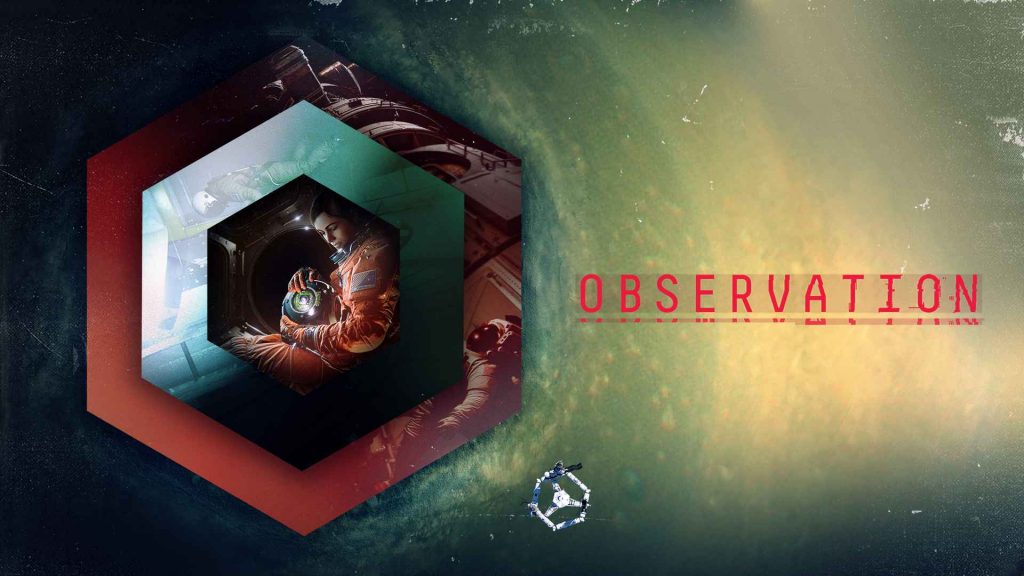 There was a moment in Observation where I had to go outside the station and fix an issue with clamps on adjoining station segments. I depressurized the hatch and then opened it and then moved to go outside but stopped at the exit. Segments of the station stretched out in multiple directions around me, and space extended out into an infinite nothing.

Observation throws you right in

The only thing keeping me bound to the station was me, Sam. Sam is the station’s accompanying AI. As Sam, I took control of a robotic sphere and proceeded to go out into space. This is a game. My character is a robot. I’m still on my couch. No matter what I told myself, the endlessness of space and the fear of careening out into it scared the living hell out of me. This, among a fair few other moments, is what makes Observations special; wonderfully-expressed tension. Unfortunately, these moments often took a backseat to decisions that favor the environment rather than narrative progression.

As I mentioned before, you take control of assistant AI Sam on board the space station Observation. Something has gone awry, and you find yourself alone with crew person Emma Fisher, the rest of the team nowhere to be found. From there, you must go in and out of the station’s computer systems to get the station back under control.

The kind of loneliness in space is existential, and Observation plays to that so very well. Many moments are tense and riveting, poking and prodding at your want to succeed while overcoming heaps of limitations. Many of these intense moments would not be the same in other settings or presentations either, which is why it’s unique.

Certain choices garner too much attention

However, many creative decisions often shift focus away from the intensity that comes with space isolation. This shift turns the gameplay into extensive patches of time where you find yourself scouring the station, looking for clues as well as ways to solve the problems you’re facing. Part of this issue comes from how the game refuses to hold your hand. At times, this feels great – discovering how things work on your own is rewarding in its own way.

However, some steps are very well hidden, with hardly even a subtle hint to help. I am confident that most people won’t have as big of an issue as I had, since my ability to solve problems in video games is hindered by my tendency to be impatient with them. The time I had the biggest issue occurred when I had to report intel to Emma, somewhere around the three-hour mark.

Granted, my time figure is a bit skewed, since I spent so much time running around, looking in all the wrong places for answers. I had to dig through computer logs and think about past techniques. A response menu helps you identify important points and talk with Emma about that identified item. I took that knowledge for granted until I tried using the Response Menu on the Alert menu. I was then able to tell Emma what was going on.

In hindsight, it seemed so obvious. Needing to know the ins and outs of the game plays to Observation’s strengths, ultimately. A lot is going on, and a big part of the game is finding all the information you can in order to succeed.

Realism is everything in Observation

Having issues with puzzles is a consequence unique to me, but it highlights something that Observation does quite often. In order to fulfill a task, you regularly have to jump to different locations in the station’s internal systems in order to achieve that task. This often requires a code to unlock or lock a door before entering in a second code to open or close that door. Many times, you have to do this same set of actions a few times for each task and as such, tedium can often get in the way of intent.

These demands give a sense of realism to the environment and scenario and this is great at times. At many other times, however, this push for gameplay realism comes at the cost of delayed pacing and, ultimately, decreased tension. In defense of Observation, the second half of the game feels more organic and better-paced, leading into a very compelling, distressing ending that left me wanting more in the best ways.

Visually, Observation is stupendous. The level of detail is top notch, with hints of each crew member left here and there alongside all the specific tech needed to run the station. You have to learn the parts of the systems and how they interconnect in order to move on in some areas. That attention to detail is above and beyond a major part of what makes Observation so believable. Some rigid, almost ironically robotic facial and bodily movements from Emma can lightly diminish what’s going on, however. Equally, presentation is so strong in general that the subtle human limitations take a backseat to what’s really going on.

Space makes for an intense backdrop

All in all, Observation is a peculiar title. Ideally, because of self-inflicted limitations, I veer away from puzzle games. However, Observation has an appeal all its own that I’m ultimately glad I played. Observation is a game meant for those looking for a realistic game on space travel, those wanting a tension-based horror experience, and those who live for environment-based puzzle solving.

Pacing is an issue, especially in the first half of the game, and some human animations leave a lot to be desired. In any case, Observation has a level of presentation above and beyond the industry, and its most tense moments are worth the time it takes to get there.

Observation does a lot of things correctly. Honing in on the isolation of space generates a wonderful tension on its own. Some pacing issues keep it from excellence, but there is plenty of appeal here for many different gaming preferences.