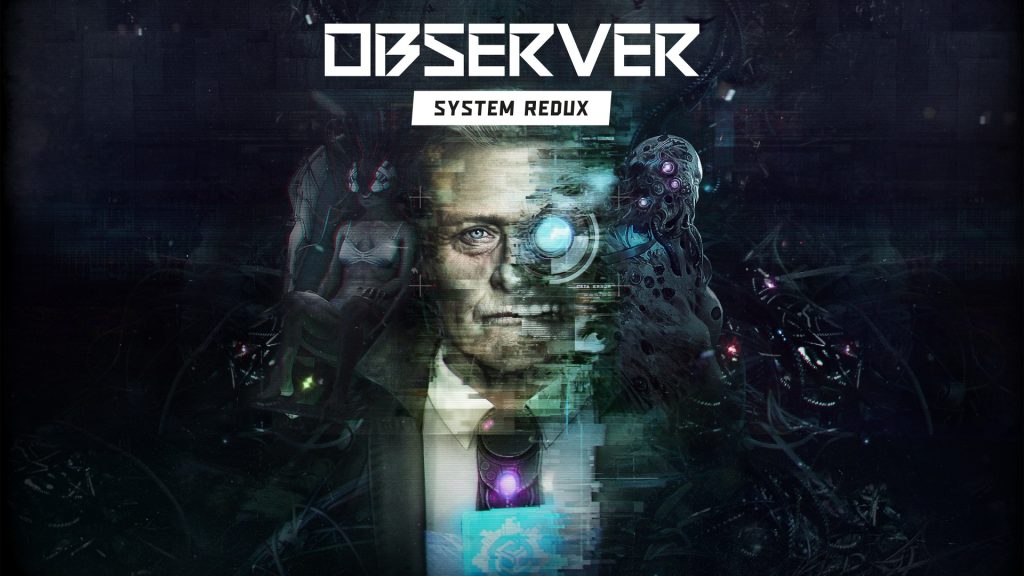 Observer: System Redux PS5 Review – Observer: System Redux is the updated version of the 2018 dystopian cyberpunk murder mystery title Observer. Hailed as a terrifying horror title set in a futuristic landscape, Observer received plenty of accolades, but it also had its share of problems. Does the updated Redux Edition address those issues? In simple terms, yes, it does.

A Great Story Set Inside A Horrifying World

Observer tells the story of Daniel Lazarski, played by the late Rutger Hauer, as he receives a phone call from his son asking him for help before their connection is cut out. Lazarski is an Observer. He’s able to scan environments for hidden rooms, analyze blood, and hack various machines. In a sense, an Observer is like a one-person forensics crew.

The most important tool in an Observer’s arsenal is the ability to jack into people’s brain chips and live through their memories. Take it most of these journeys are jumbled messes full of glitches and misshapen objects.

As Lazarski arrives in his son’s apartment, he finds a decapitated corpse, and the apartment building mysteriously goes into lockdown. Lazarski sets out to determine what happened to his son, but the truth is always more terrifying than he could have imagined. As clues leading him to multiple dead bodies, the mystery gets deeper and deeper.

It’s this mystery that had me completely engrossed in the game’s narrative. I always wanted to see where the next clue will lead me. The apartment building itself is a character in its own right. Hiding many secrets and tenets that take a key interest in Lazarski and his sudden arrival.

Observer Has Some Amazing World Building

Observer does a great job at building its world. Although the entire game takes place in one building, the files you read from computers and your interactions with the various tenants expand on the world this game takes place in.

Hearing the residence talking about the pandemic’s fear brought the world to its knees, specifically people with cybernetic parts. It’s incredibly captivating stuff. The world of Observer is terrifying to imagine. Full of drugs and sadness, it’s in a bad place. This dread adds to the world-building, and the game’s dark and gritty visual style is represented perfectly on the PlayStation 5.

System Redux takes full advantage of the new hardware by upping the frame-rate to 60 FPS and adding Ray Tracing to bring the world that Bloober Team has created to life. The dystopia looks amazing with Ray Tracing and really puts you in a living, breathing world.

The building itself is run down, and a lot of its much-needed maintenance work is covered up by advertisements and various other digital effects that hide its disastrous state. Something so ugly looks pretty great on the PlayStation 5.

One thing I wish would have been addressed from the original is the number of people Lazarski encounters. Outside of the various dead bodies, he runs into as part of his investigation, the only other character he interacts with face to face is the building Super.

The building isn’t devoid of residence, though. When it comes to the various other tenants, Lazarski interacts with them through their apartment door. Listening to their problems and questioning them about the murders.

One thing that took me away from the narrative was the actual delivery of the voice work. Rutger Hauer’s voice is perfectly suited for Lazarski’s character. Still, his delivery feels somewhat dry, as if he’s simply just reading the lines and not putting any real emotion behind them. Of course, it’s impossible to re-record the lines due to Rutger’s passing; some form of voice manipulation could have done wonders. But, I understand the decision not to make any changes and preserve one of his last works the way it was recorded.

It’s not just Rutger’s performance. Almost everyone speaks with almost no emotions, and some characters take way too long to get a sentence out, especially the superintendent. Who sounds like he’s about to fall asleep as he’s talking.

Though the game atmosphere is top-notch, the horror aspects come into play when Lazarski dives into the memories of the victims he encounters. Trying to piece the puzzles of their death together, Lazarski will see some terrifying images and, in some cases, monsters that he has to avoid.

Taking Advantage Of The DualSense Controller

These gameplay sections play out like a long puzzle that Lazarski has to solve to figure out what happened to the victim. It’s hard to put into words just how some of these sections play out, and that’s a nod to Bloober Team and their manipulation of visual and audio sensories.

The Dualsense controller also gets some love from Bloober Team, primarily with the haptic feedback. During many of the game’s more horror aspects, the vibrations would match the sound design’s tone, making you literally feel the sound. When it comes to the adaptive triggers, Bloober Team decided to go with a simple yet effective metered trigger resistance when you try and open locked doors. In some instances, the harder you press, the game will make a sound indicating that the door is actually locked. It’s just another way of immersing you in the Observer world by making you feel what Lazarski feels when he tries to perform various actions.

Observer: System Redux is a great upgrade from the original. Making some changes to improve the overall experience. The Ray Tracing adds to the atmosphere and really brings the apartment complex to life, and the Dualsense controller once again shows its innovation here.

Observer: System Redux is one of Bloober Team’s best games. Their innovative storytelling combined with great world-building and terrifying cyberpunk horror. Unfortunately, most of the improvements come from better hardware, and some of the small things don’t seem like they were really addressed.

A fantastic world brought to life by great storytelling, world-building, and visual and audio design. Though I wish the voices and dialogue could have gotten some extra work put into it, overall Observer: System Redux is Bloober Team's best game yet. The Ray Tracing breaths life to a dusty and decrepit building while the DualSense allows you to feel the various actions Lazarski performs. Observer: System Redux is a great example of what both Ray Tracing and the innovations of the DualSense controller are capable of.