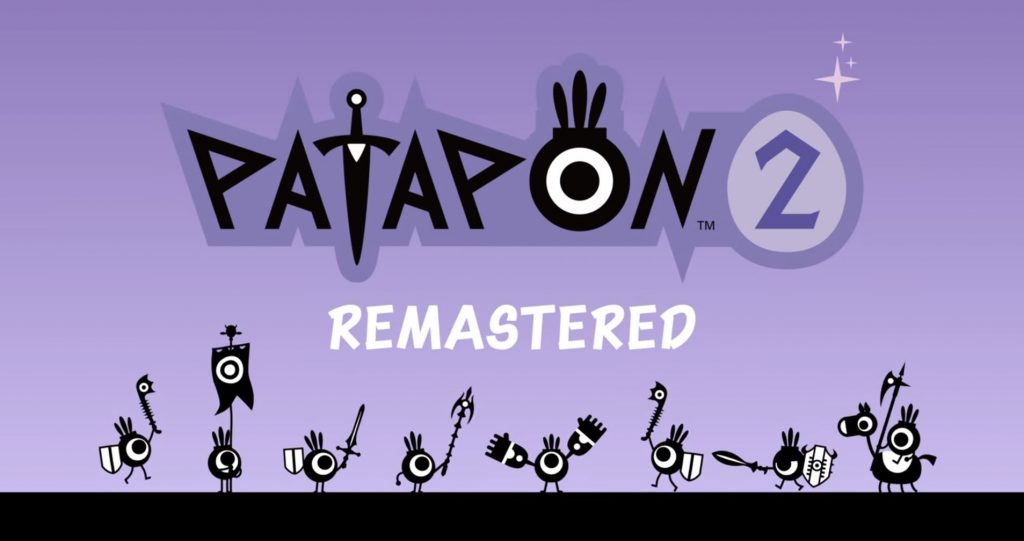 Long have I waited for the never-ending drumbeat of the mini musical warriors. I have yearned for a long time to lead my rhythmic army into the breach once more. If you had not guessed, I am a massive Patapon fan. I played all three originally on the PSP, and the series has a firm place among my favourites. I am so glad we got a PlayStation 4 remaster. In my opinion, Patapon 2 is the best of the trilogy.

Most people will not know what Patapon is, people who catch a glance at it are always intrigued but the title has always had a very niche following. Its a mix of a rhythm game, an RPG and real-time strategy, which may sound peculiar but these genres blend together in the most fantastic way. At its simplest, you command an army of warriors, move them with drum beats and must hunt, battle bosses, and pulverize your enemies.

In Patapon 2, you get shipwrecked while searching for Earthend. At the end of the last game, you set off on the ship and think things all went well but after the opening cutscene of this sequel, that is clearly not the case. It is your job to re-assemble the Patapon, fight through an engaging campaign and hopefully, finally, reach Earthend. While the story is quite light, it does a great job of giving you a reason to fight your battles and introduces new things to you at a nice pace throughout.

Patapon initially starts with two drums and one command to move your army forward. The game expands throughout the story and gives you access to more commands and more drums that must be executed in the right situations. Should you defend? Will you fall back? Can you attack?

These are all questions you ask yourself while trying to keep to the beat and keep your army firing on all cylinders. You execute these commands on four beats of the music then wait four beats while they carry out your order and repeat. Trying to keep the beat and momentum flowing to this pattern.

You can tell how accurate your drum beats are by the sound they make, too early or late and the drum sounds flat but hit the note perfectly and the drum sounds full. It’s a great system that after a certain amount of game time really becomes natural and has you adjusting your rhythm on the fly. After you hit a beat combo of ten, or less if you’re really accurate with your beats, your army goes into ‘FEVER’ mode and becomes more powerful, moves further, and gains slightly better attacks.

Staying in ‘FEVER’ mode really helps: Your defense is stronger, your attacks more potent, and it is easier to dodge bosses’ attacks. If you hit all four notes perfectly in one set, you hear a clanging sound and you can go straight into ‘FEVER’ mode. Also, your hero at the front of your army does special attacks when you hit four perfect notes. This whole system makes staying in time and hitting perfect notes rewarding and only adds to the overall addictiveness that Patapon offers.

Unfortunately, it seems that the Patapon 2 Remaster suffers from a little bit of input lag like the first remaster. It is a small variance, but it does take an adjustment period to get over the timing difference. You can set the game to easy which relaxes the timing, then knock it back up to normal once you have adjusted; that is what I did. It is only a small thing but it is noticeable.

What makes the game so addictive is its fantastic blend of genres, amazing art style and the constant evolution of your army and its troops. You start off with a small band of soldiers and throughout the game gain new units, weapons, and armor to adorn them with. It has a small amount of grinding, which is fun and really pays off with some of the later bosses and story segments. If you are struggling, you can re-visit previous bosses. They level up every time you beat them which enables you to gain resources and loot to increase your armies strength.

Your resources and loot can be used to evolve your Patapons into new types within each unit style. This is a game in itself: Want more critical hits to stun bosses? Want a more tanky style character, or do you want to spec into speed? These are all questions you must ask, and it is always wise to have different plans to tackle different enemies and bosses.

You can revisit the bosses that drop the resources you require at any time. Fail to prepare and prepare to fail, someone said that to me once and it has never been truer than in this game.

Fortunately, Patapon is not very punishing when mistakes are made. If your Patapons die, they will get resurrected at the end of the mission. A select few times you lose them forever, but even then it is not too much effort to create a new one. I really enjoy this aspect of the game, it encourages trying out new strategies and having fun with the game’s many units and evolution types without fear of losing too much.

Patapons art style is to die for, especially with this remastered version. The 4K image really brings this amazing, colourful world to life. Everything is so crisp, incredibly well animated and extremely beautiful. I especially love the brilliant animations of your troops as you crunch along to the games addictive beat.

Your troops pirouette on the spot, spin their weapons in the air and you can do nothing but bob your head along with it. It completely absorbs you. The visual clues your Patapons will give you on your journey will help you as well. The subtle animations are that good that they help you throughout your campaign.

When your Patapon’s eyes narrow, it means enemies are in range and all bosses have ‘tells’ that signal what moves they will execute. The smooth animation, great design, and crisp graphics all add up to a very unique experience that rewards you for learning techniques and paying attention to the game’s subtle signals.

Patapon 2 is the same story with the game’s soundtrack. The never-ending drumbeat mixed with the chants of your Patapon army really start to drill into your mind and soul. I spent most of the day at work chanting Patapon war chants as it was ingrained into my consciousness. It’s chirpy, sharp, unique and again, like the art style completely all-encompassing.

I Adore These Little Fellows

I am sure it came across in this review but I absolutely love the remaster of Patapon 2. It is so unique, well-designed, and very addictive. Patapon 2 has a beautiful art style like no other and the soundtrack will dig into your mind for days on end. It runs beautifully at 4K on the PlayStation Pro and apart from a few low-resolution cutscenes left over from the original game and some input lag, is a near-perfect remaster.

I really hope the third game gets remastered and the series continues in the future. Right, leave me be, I need to Pata Pata Pata Pon on to the Platinum Trophy.

Patapon 2 Remastered is out on January 30 and is available only on PS4.

I must have played through Patapon 2 five or six times now and it is still amazing. One of the most original, unique games you will play and brilliantly addictive. The soundtrack buries itself into your mind and does not want to let go. The gameplay is surprisingly deep, a truckload of fun and extremely rewarding. It's beautiful and animated amazingly. Patapon 2 is the perfect length, long enough to get sucked into but never overwhelming and never overstaying its welcome. Get out there, assemble your one-eyed army, and reach Earthend! Pata Pata Pata Pon!