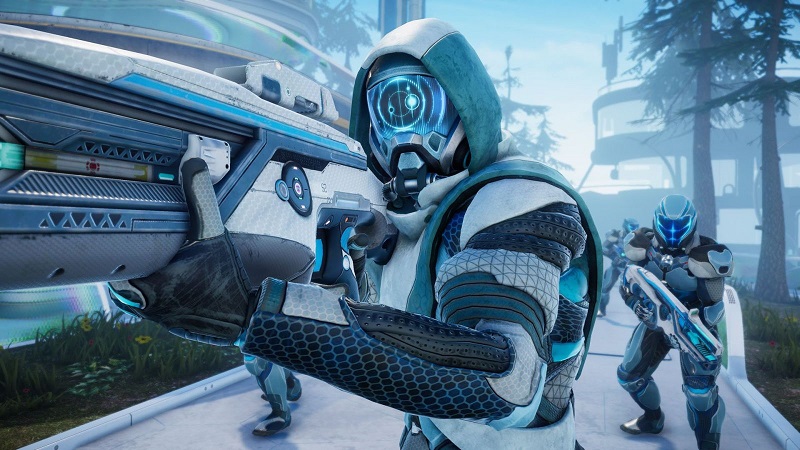 Phoenix Point Review (PS4) – There’s been a fair few attempts at replicating the X-Com/XCOM formula in the past decade, but it’s exceedingly rare to find any that come close to beating that. So who better to have a go than Julian Gollop; the creator of X-Com itself?

That’s what his studio’s game Phoenix Point aims to do, and while it does a lot of things that improve on that formula, there are parts that are less successful. 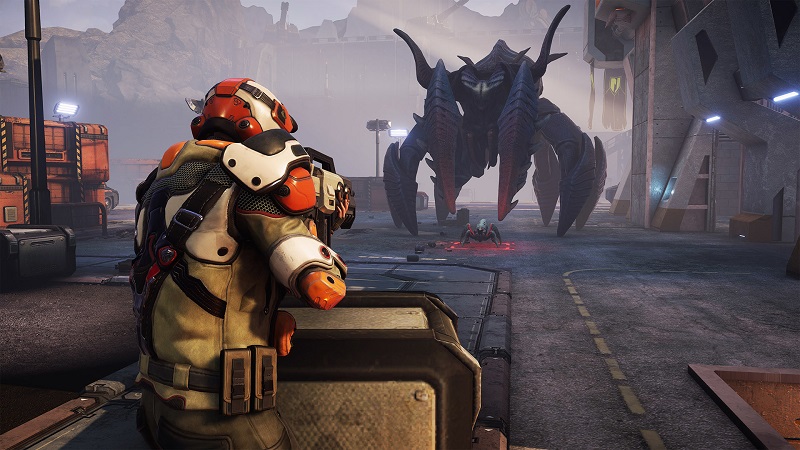 In fairness, Phoenix Point isn’t trying to be one or the other of X-Com and XCOM, it’s trying to be a combination of the two with a few new tricks. To that end, it comes across as the most fleshed-out rival to Firaxis’ modern-day crown.

Phoenix Point is the name of the fighting force under the player’s control, out to combat the return of a deadly monstrous threat and walk a political tightrope between warring factions at the same time. Earth is already scarred from the emergence of mutations years before, and this resurgence threatens to wipe out what’s left of humanity.

On almost every level, Phoenix Point is deeper, and more intimidating than XCOM which is as thrilling as it is dispiriting. Translating its nuances from PC to PS4 can’t have been easy, but a pretty strong effort has been made to at least try and make it a comfortable transition. 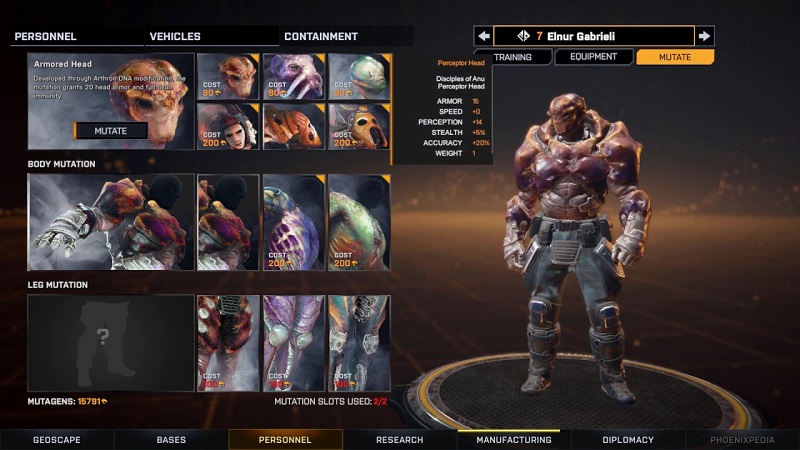 At the centre of Phoenix Point is the globe. It’s a 3D map of the Earth that helps you plot out points of exploration, and interact with the various factions at their home bases. You start with a small chunk of the map you can see and interact with, building a wider viewpoint as you explore and establish new bases. In that space, you can choose to explore any of the selectable points of interest in any order you wish.

Until you reach and investigate them, you rarely know what predicament it’s going to bring with it. It might be a conversation with the local weirdo that holds some potentially useful information, it might be the base for a faction, or it could be an encounter with the mutated creatures that dominate the Earth.

There’s more of an RPG element to Phoenix Point than I expected, and it’s a nice surprise. There’s a significant amount of written dialogue and choices within them. Your actions impact your reputation with the factions and the game is flexible enough to allow them to be allies or enemies who can offer new soldiers, trade, information or in the case of being foes, raided for goods.

This level of engagement is as good an example as any for the often bewildering complexity of Phoenix Point. Tutorials do a fairly decent job and spoon-feeding the player all the relevant information needed, but it’s a hell of a lot to take in, even for those somewhat savvier to the underlying formula. As such, my first run very quickly careened towards disaster. 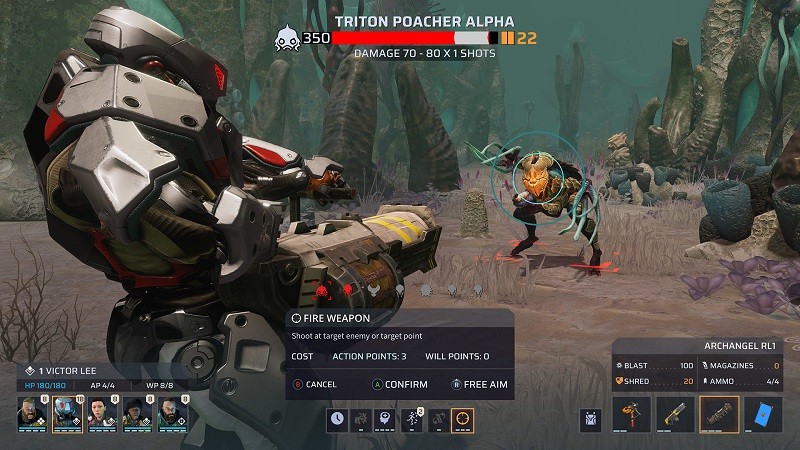 Somewhat expected, but it hit a spike in difficulty out of nowhere as new foes were introduced at a quickened pace whilst I was still understanding what my squad could and couldn’t do. It’d be fair to say that Phoenix Point perhaps shook me out of my comfort zone in that initial run, but it does continuously hit random difficulty spikes beyond that as far as I can tell.

Phoenix Point’s turn-based strategy is the expected mixture of tactical warfare and chance-based percentages, but has a few more options than most. The key takeaway is the V.A.T.S. style limb targeting system. Enemies are varied and come with different weak spots. It’s up to you to decide which spot is best to hit in any given situation.

Want to slow an enemy that can cross large distances in a single turn? Take out its legs. Need to lower the chance a foe will lop your favourite squad member’s head off their shoulders with their insectile bladed arm? Maim that blade. I found it fascinating how many options this system opened up whenever the situation looked grim and final.

Making the right choice about how to injure an enemy can be the difference between walking away as a team and being on the wrong end of a slaughter. 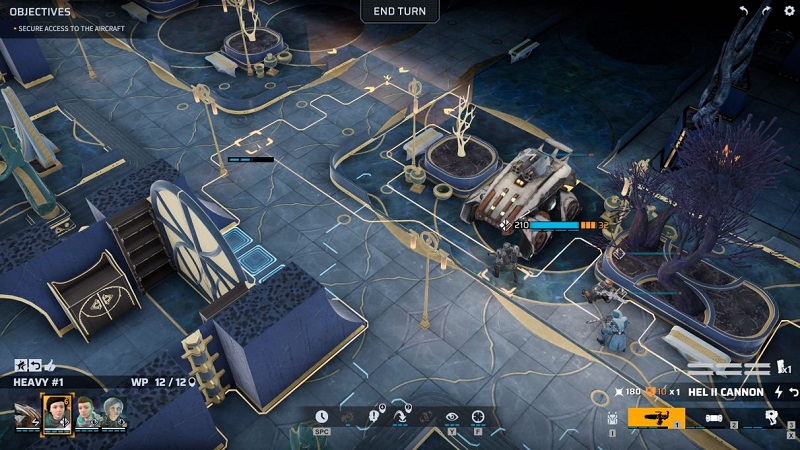 Outside of combat encounters, the priority is building up Phoenix Point, repairing the broken parts of any old bases you discover, and upgrading them to give the ground team more of a fighting chance in battle.

Scavenging or trading for materials is the most common route for this, but depending on what paths you choose throughout the campaign, opportunities arise to acquire all sorts of helpful loot.

There’s a power fantasy at the heart of Phoenix Point, a rebuild of a once great force from ragtag squad of nobodies into the biggest bad-asses on the planet is so much more engaging because of the structure surrounding it. As with XCOM, the overall story is warmly familiar, but it’s in the decisions you make that causes each playthrough of Phoenix Point to feel unpredictable and exciting.

At this stage, Phoenix Point has had years in Early Access on PC, accumulated some hefty expansions (which are all present in the PS4 version), and gone through a mountain of player feedback, so in theory, this is as close to the finished article as the game can be. 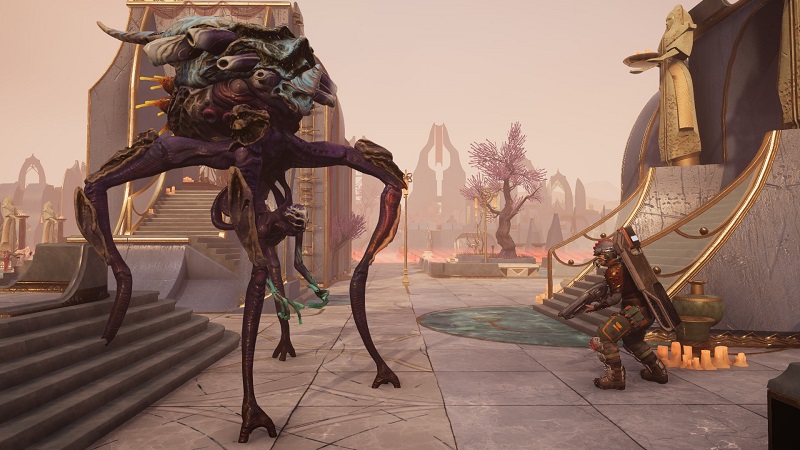 This drawn out development cycle and clear vision to marry a lot more old school to the new school of tactical turn-based strategy has done it wonders, but its not without its technical gripes.

Load times, even on PS5, can get a little ridiculous, especially when they ramp up in frequency. Action occasionally stutters regardless of how much appears to be going on, and the odd bit of audio fails to sync up (this only happened a few times over several playthroughs for me, so it’s probably not a big issue).

The art style manages to conceal some rougher looking aspects of the game’s visuals, but that’s fairly forgivable given it’s handling a lot at once. Happily, it’s not in the kind of rough shape that XCOM 2 was at console launch.

Phoenix Point’s main problem, for me at least, is that it lacks the relative immediacy of its Firaxis kin. This game sees you juggling multiple jobs at once, and not all of them are particularly engaging or easy to use.

Part of that is simply down to how difficult it is to make the game work for a controller, but it also comes down to pacing. If XCOM is like a television show gradually building to a finale, Phoenix Point is like reading the chunky novelisation and an instruction manual at the same time. It’s worth the effort in the long run, and offers a genuine alternative, but you’ve definitely got to put in the work and concentration to really get the best out of it.

Phoenix Point is available on PS4.

Phoenix Point manages to blend the very numbers-based approach of classic X-Com with some of modern XCOM’s streamlining. The result is a colossal, cavernous tactical strategy game that struggles to hold its shape at times. Its wealth of information and systems requires patience, but if you can persevere, it’s very much worth the time.