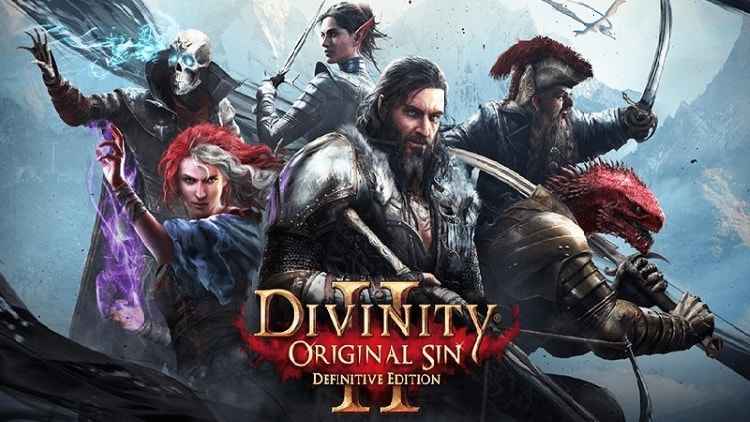 Divinity: Original Sin II is an enormous game that will take you hundreds of ours to experience everything you want, and the sheer amount of content and how that content is presented is impressive. If you’ve ever wanted a true video game experience of Dungeons and Dragons, Divinity Original Sin II is that game.

I started my adventure by selecting my character. I was able to either craft my own character from scratch or select one of the already preset characters. The preset characters come with their own story and classes and attributes selected. These are some of the characters you’ll throughout the story to recruit.

A vast story that plays out how you want it too

After selecting my character I began my journey as a prisoner on a boat. Everyone’s story starts in the same location – you are a prisoner for the simple fact that you present signs of magic. Those who present with signs of magic are imprisoned by Magisters, an order hell bent in stopping magic form being used.

Monsters known as voidwoken have begun to appear around the world due to the use of magic and the Magisters believe that stopping magic users will end the threat of the voidwoken.

Those looking for a good story won’t be disappointed. The great thing about the story in Divinity Original Sin II is that it can play out however you want it too. This can be said for most of the game. The main quest and even the side quests are exceptionally written. Almost every line of dialog has multiple conversations options and all of these present different ways to complete your objectives.

Every decision you make has a consequence and an impact on the world. The side quests in general can shape the landscape for the better or worse. Quests will present you with some hard decisions that shouldn’t be taken lightly as a decision to eliminate a small town gang leader can lead to a worse gang to take over the turf. The options to complete quests are vast and sometimes thinking outside the box can lead to some surprising ways to complete them.

Form the best party to tackle the most gruesome battles

An interesting concept in Divinity Original Sin II is the party itself. Unlike other role playing games, your party can come and go in. You’re able to only have a party consisting of four members including your main character. There are other members, of course, that you can ask to join your quest but you can only have four maximum.

This presents a big problem or a big opportunity to see what type of party you really want to make. From Clerics to Rogues there is always someone to recruit. Another interesting and perhaps controversial feature of the game is the ability to loose party members pertinently. If party members don’t like the decisions you make they may leave the party and never come back.

Party members can also die. Once they die the only to revive them is to use Resurrection Scrolls which will cost you an arm and leg. The price of these scrolls is high especially early on in the game so keeping everyone alive is incredibly importantly if you plane to keep the party members you want.

Inventory management and combat indicators can be pain to deal with

On the negative side of things there are a lot of things that bothered me when it came to the games interface and item management. Constantly having to switch characters to have them pick up specific items and objects can be tedious when it could of easily been handled by asking me which of my party members should pick up an item when I select it.

The other time I was annoyed was during the combat and the amount of effects that can transpire during combat. A lot of the attacks that can be preformed add effects if they are hit from behind and there are indicators telling you if you that your character is in the right position to make that perfect strike from behind.

Combat in Divinity Original Sin II is turn-based, and though it may seem easy to use, the options available to you is just as vast as the storytelling. Combat presents a unique experience. Sure you can go in and just simply attack but that will probably get you killed.

Combat consists of using Action Points. depending on what you do during your turn will impact how many of these points you will use. It’s important to pay attention to what you’re doing because a simple decision can have catastrophic consequences. Do you take the time to heal which will take up all your points or do you try to run away from a power enemy and hope to get a chance to heal on your next turn?

One of the most exciting aspects of combat is using your environment to your advantage. In Original Sin II you can take just about anything into your inventory even treasures chests. A lot of the objects you carry can be used as weapons or traps.

Throw a barrel of water at an enemy and it won’t really do anything to them but then use an electrical spell on the water and it may electrocute your enemies into a barbecue. Experimenting in combat can lead to some of the most entertaining

Divinity Original Sin II is a great showcase in storytelling and fun experimental combat. A lot of it’s features aren’t for everyone including myself but I can’t deny the appeal they hold. For those looking for a deep time consuming game that they can play for months and months on end, Look no further then Divinity Original Sin II.

A constantly evolving game that will keep you occupied for hours and months on end. With fantastic storytelling and engaging combat there is a lot to love about Divinity Original Sin II.