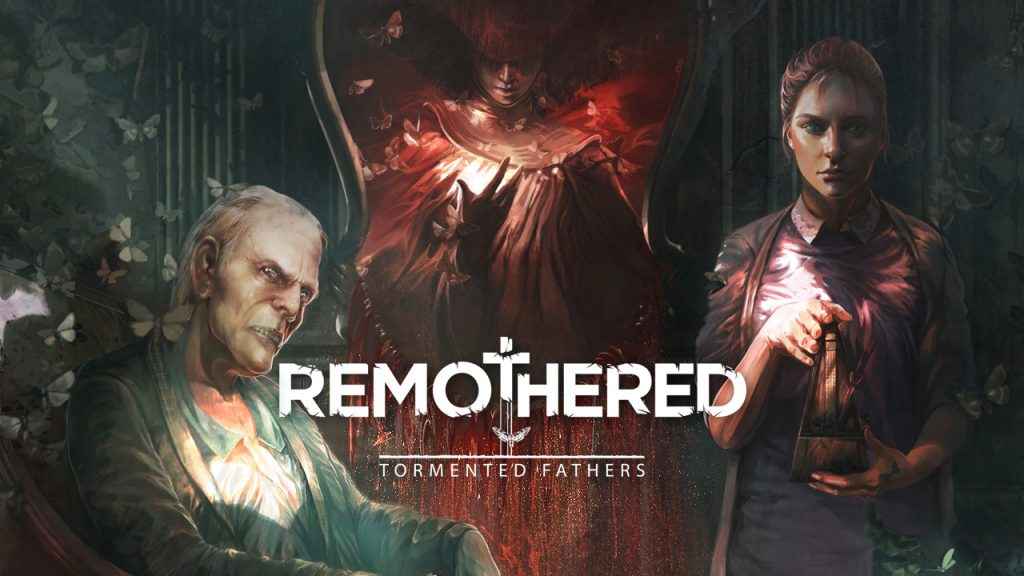 Remothered: Tormented Fathers is an interesting return to survival horror, with a stronger emphasis on survival. Developed by newcomer Darril Arts and Stromind Games, Remothered is a good first title for the studios and a great starting point for them but not the perfect start.

Remothered follows Rosemary Reed: a mysterious woman who has a striking resemblance to Jodie Fosters Clarice from Silence of the Labs. Rosemary wants to find out what happened to a young missing girl named Celeste. Rosemary believes that the clue to her disappearance lies with her father, Dr. Richard Felton. So, Rosemary pays him a visit.

After confronting Gloria, Felton’s home nurse, Rosemary convinces Gloria to allow her to speak with Dr. Felton, where she questions him about his daughter.

As she asks more and more questions, Dr. Felton slowly starts to break down and become more agitated. Rosemary is asked to leave by Gloria, but Rosemary decides to hide out until sundown to sneak in and find out what Dr. Felton is hiding. Of course, things go horribly wrong.

The story in Remothered is a great one. There is a lot to take in, and I feel like a lot of people may not be able to follow what’s actually going on without picking up and reading a lot of the newspaper clippings and other collectibles.

These collectibles reveal a lot about the backstory of characters and even fully explain one of the characters stalking you, the Red Nun.

Run like your life depends on it because it does

Survival is the key to Remothered. Gathering inspiration from similar survival titles like Clock Tower and Haunting Grounds. Running and hiding is your only option when being stalked in Remothered. The stalkers that look for you will walk around Dr. Felton’s mansion in search of Rosemary.

As they stalk you, you can simply avoid them by going to the various rooms around them. You can also distract them and lure them to a different location.

Throughout the mansion there are plenty of items you can use to throw and place down to lure the stalkers away from you. You can only carry three of these at time, and they can be a life saver.

There were plenty of times when I saw one of the stalkers heading right in my direction and right before they turned the corner I was able to lure them away by throwing a class bottle forcing them to change direction. You can also distract them by turning on the radio in another room.

The stalkers will essentially kill you if they catch, you resulting in some brutal kill animations. Although you can defend yourself if you have a defensive item. Knifes, screwdrivers, and other sharp objects can be used to stab the stalkers, stunning them and giving you time to escape. For the most part, though, these are one-use items.

Hiding is what I did most of the time I got spotted. Rosemary is able to hide from her stalker under sofas and inside closets. If you’re able to actually get away from your stalker long enough to be able to hid from them (they run really fast), the stalkers will linger around your hiding spot.

A big circle will appear in the top right corner with a smaller orb inside that circle. You have to keep this orb inside the circle with the right analog stick to not make any noise. If you fail to do so, you’ll get caught.

Sound plays a big role in Remothered. Sneaking around is a must, and I spent most of the game in the crouch position to avoid making a lot of footstep sounds. While sounds can give you away, they can also be used to help you determine where the stalkers are located.

This unfortunately doesn’t work as well as it should. Almost every time I would enter a hall, I would hear the stalkers talking, trying to lure me out. The problem is most of the time I wouldn’t see them. I look and look, but can’t find them anywhere. The reason for this is because, even though I can hear them, they could be on a floor below me or on a floor above me.

This became a big problem as I was constantly discovered by the stalkers when they appear through a stairwell. Here, I had thought they were in a completely different location

Remothered soundtrack is also fairly chilling. Composed by former Metal Gear Solid composer Nobuko Toda, it fits the setting and mood of the title perfectly. The voice work is also well done outside of Rosemary, who is trying way to hard to sound like Jodie Foster.

Another issue I had was with some of the animations. Rosemary has an awkward running animation, where it feels more like she’s jogging due to how slow her movements are. The thing that bothered me the most was her purse, which is part of her character model. She has that purse with her all the time except when it comes to cutscenes. Plenty of times she wouldn’t have her purse in a cutscene and right as it ends the purse is over her shoulder again. It’s inconsistent.

A great psychological story set inside a creepy mansion. It may not be perfect but Remothered: Tormented Fathers does just enough to keep your interest up until the very end.