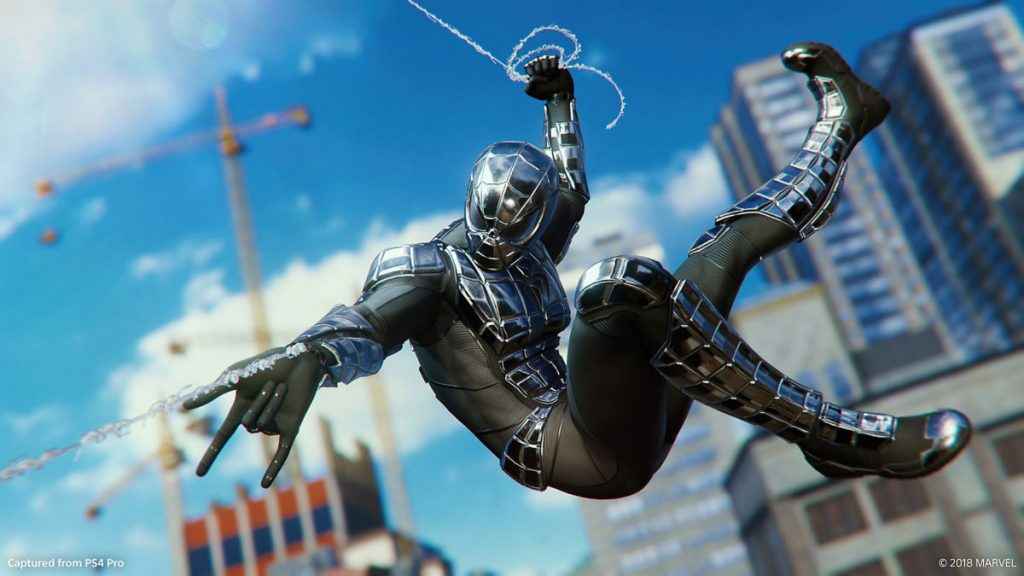 After the previous DLC expansion for Spider-Man, The Heist, simply gave us more of what we wanted from the original game – more story, more combat, more traversal and more side missions, it’s reasonable to say that Turf Wars feels a touch slight in comparison.

Certainly, as the mid-point in a trio of DLC expansion offerings, Turf Wars should be at the very least offering us ‘more of the same’, rather than dialling back on the additional missions and content that one would rightfully expect. After all, ‘more of the same’ only really works if you have ‘more’ to bring to the table in the first place and in this regard, Turf Wars certainly doesn’t feel as substantial as it should.

Taking place immediately after the events of The Heist, Turf Wars sees frequent Spider-Man ally Captain Watanabe returns to the fold in an active and prominent role within the story. With the fate of Black Cat up in the air (possibly quite literally), the focus soon shifts to tracking down monstrous criminal Hammerhead – a task that the good Captain and Mr. Parker split between themselves in earnest.

At the very least Turf Wars wastes no time getting into the action, as shortly after the expansion begins with Spidey tracking down Hammerhead to a sanatorium he’s accosted by a bunch of Sable weaponry toting mafia goons, triggering a massive and surprisingly challenging fight in the process.

It’s actually in this initial scrap that Turf Wars reveals a new enemy type, as well. A jetpack using aggressor, this new foe has body armor that makes him impervious to frontal attack, requiring our friendly neighbourhood Spider-Man to dodge as he boosts past and attack him when he’s vulnerable.

Sounds easy right? Well, what makes this enemy so dangerous is that as they boost, they leave behind puddles of fizzing red plasma that both damage and slow Spider-Man down; something that becomes a real issue when these goons join up with other enemy types in bigger fights. Essentially, your dodge and health top-up reflexes better be up to the task or you’re going to be dying. A lot.

Other than a few more fights and quick bit of Spider-Bot exploration, the campaign in Turf Wars is sadly somewhat lacking and over fairly quickly. Ostensibly, if you were to concentrate on just the story missions and nothing else (not there is a whole lot of other stuff to get into in fairness), you can have Turf Wars campaign beaten in just over an hour.

Also as before, this second expansion ends on a cliffhanger and it’s one that marks a hugely interesting change in one of the main characters. Though as before, and as with anything Marvel related, stay until the post credits sequence, because the writers see fit to undo the some of the consequences of what happens at the end, making the cliffhanger feel a tad invalidated as a result.

Beyond the reduced duration of Turf Wars campaign when compared to previous DLC offering The Heist, there are some additional bits and pieces for players to do, which in turn unlock extra suits and so on, but the pickings are slim and hardly inspiring.

As was the case with both the main game and the previous expansion, the Crimes return whereupon Spider-Man can earn tokens by stopping various pockets of gangland foes by beating them up, stopping cars, or, well, beating them up. Likewise, the new base token awarding Hammerhead Fronts are basically more of the same base combat arenas that we’ve seen before – right down to the finishing animation of all of Spider-Man’s enemies being hung up in one great big web-sack.

Also returning is super-annoying influencer caricature Screwball who provides Spidey with a number of different challenges to conquer, with each focusing on a particular discipline such as combat, stealth or gadgets.


In particular, the stealth challenges are aggravating – not least because their design is so trite but also owing to the fact that these stealth challenges are insta-fail; meaning that if you get spotted once you’ll have to start all the way from the beginning again. I mean, I can’t think of anything else that Spider-Man needed less of than insta-fail stealth sections.

When ‘more of the same’ begins to lose its luster

Aside from the regurgitation of old mechanics, Turf Wars simply doesn’t include the same amount of additional content as its predecessor, The Heist. There are no narrative side missions and no real collectibles that provide any kind of further insight into the story – it’s just Crimes, Hammerhead Fronts and Screwball Challenges beyond the curtailed main story and nothing else.

By being both slimmer than The Heist content-wise and failing to offer much else in recompense, Turf Wars ends up being a meager offering that proves to be underwhelming to say the least.

Don’t get me wrong – what is here does prove enjoyable for the most part and being Spider-Man remains an evergreen joy – it’s just a crying shame that with a brilliant base game and a stellar previous expansion under its belt, that Insomniac Games didn’t make Turf Wars any more substantial or engaging than it is.

Review code provided by publisher. You can catch our original review of Marvel’s Spider-Man here.

Marvel’s Spider-Man from Insomniac Games is out now exclusively for PS4. The Turf Wars DLC is also currently available from the PSN store.

Though the thrill of being Spider-Man has barely dulled, Turf Wars simply doesn't offer enough content, new or otherwise, to keep you engaged for any decent period of time.