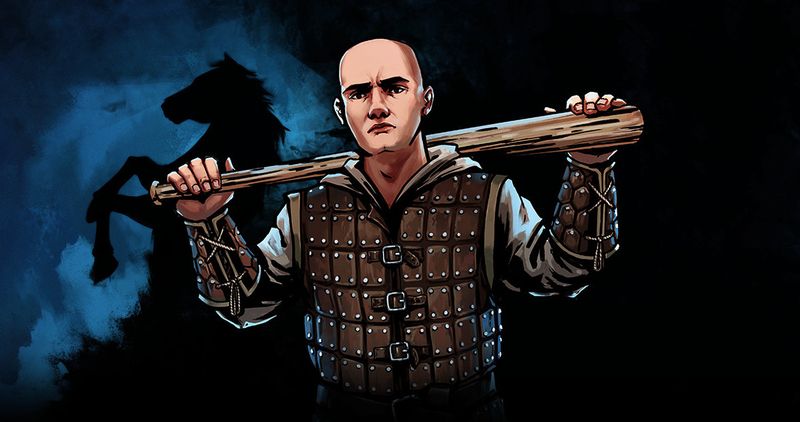 Rustler PS5 Review – Ditching cars for horses, and Uzi’s for crossbows, Rustler is the old school Grand Theft Auto you never asked for. Equipped with all manner of references and toilet humour, Polish team Jutsu Games has provided a continuation of 90’s top down sandbox savagery with a Middle Age twist.

Whilst there’s plenty of comic moments to keep you chuckling, the nostalgic gameplay that fills the experience feels unfortunately antiquated in the wrong way. Additionally, there are a number of functional problems that makes Rustler not quite the Medieval romp you may have hoped for.

Everything about Rustler plays almost exactly as you would expect. You have a selection of weapons, you steal horses, you have a “wanted” level, and you can go through a “pimp-my-horse” garage in order to fool the authorities. As a result, older gamers familiar with the first two Grand Theft Auto titles will intuitively grasp how to handle Rustler.

Other than the humorously historically inaccurate setting, there isn’t much to make Rustler really stand out from its obvious influences. However, there are a couple of appreciable inclusions. For instance, Rustler allows for blocking attacks, which is essential to the melee-centric combat. Additionally, a well-timed block can reset in a parry.

Frustratingly however, the mechanics don’t seem to work very intuitively, and a hit-and-run strategy or a good crossbow bolt are more than often better options.

Quite hilariously, throwing faeces is a standard part of your arsenal. Despite it sounding more for comic effect than a practical offence, it actually can be quite useful in slowing enemies down in order to isolate a target from a crowd.

Beyond that, it feels as though your options are very limited in these scenarios. Crowds of enemies can be patience-testing to deal with, and sadly the close combat doesn’t feel fun enough to endure it at times. 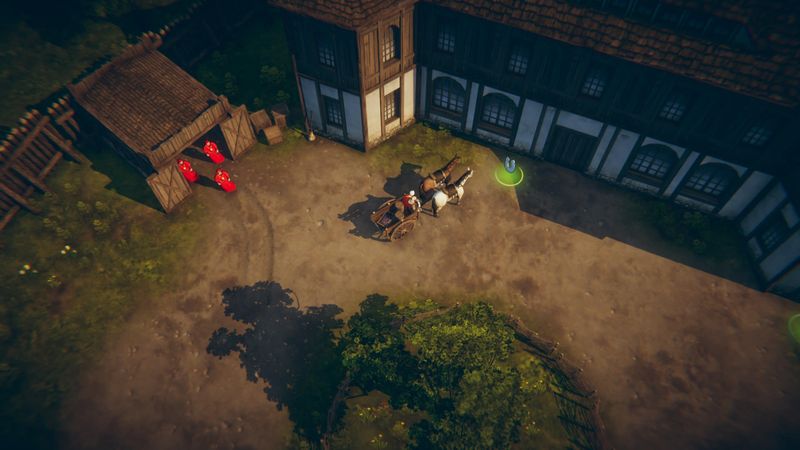 Combat aside, what you’re left with is a collection of the most timeworn elements of sandbox games. The majority of Rustler involves travelling to a spot, collecting, fighting, and returning. It feels very routine and uninspired at this point. Furthermore, doing all this by horse or foot is less than exciting at the best of times.

As horse riding implementation goes, Rustler’s is not the worst, but getting caught between trees is a frequent occurrence that isn’t easily corrected.

If Rustler has one saving grace, then that would have to be the relentless, irreverent humour it soaks into every crevice of the game. From beat boxing bards and Monty python references to the general shamelessness of the cast of characters, there’s plenty of laughs to get out of Rustler. At times it feels a little forced, and the sheer frequency of attempts a little tacky, but the overall effect is a persistent chuckle for those with a stomach for its vulgarity.

If not for the comedy on offer, the world of Rustler would be painfully ordinary. Graphically, it isn’t all that impressive on PS5, and there’s very limited music and no voice acting other than a few grumbling audio samples to accompany the subtitles. All in all, there’s very little to capture your imagination. 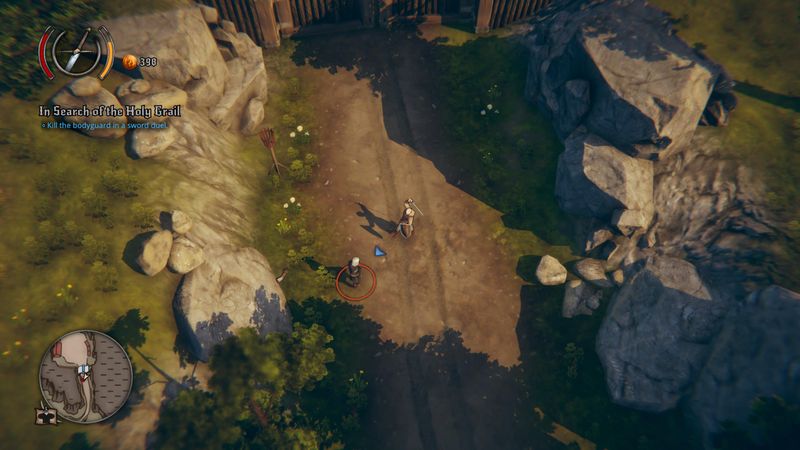 Worse still is the actual performance of the game. The frame rate doesn’t seem all that smooth, and a few technical errors can bring your game to a halt. All of this contributes to an experience that feels noticeably less immersive than what’s usually on offer on PS5.

I’m Not Your Buddy, Guy!

For all its aches and groans, if you stick Rustler out, you’ll find yourself enjoying an amusing plot. You play as a guy, called Guy, who along with his buddy (called – yep, you’ve guessed it – Buddy!) scheme to con their way into a nobles tournament, for women and fame. Along the road, you end up crossdressing, bootlegging for corrupt clergymen, and even scaring the locals by impersonating death.

The tale is not particularly fascinating, but it serves its purpose in providing a vehicle for its humour. In fact, the further you get into the game, the more obvious it becomes that this entire project exists for that purpose. From the hilariously cheap live action sequence to the very end, Jutsu Games never retract the tongue from the cheek. 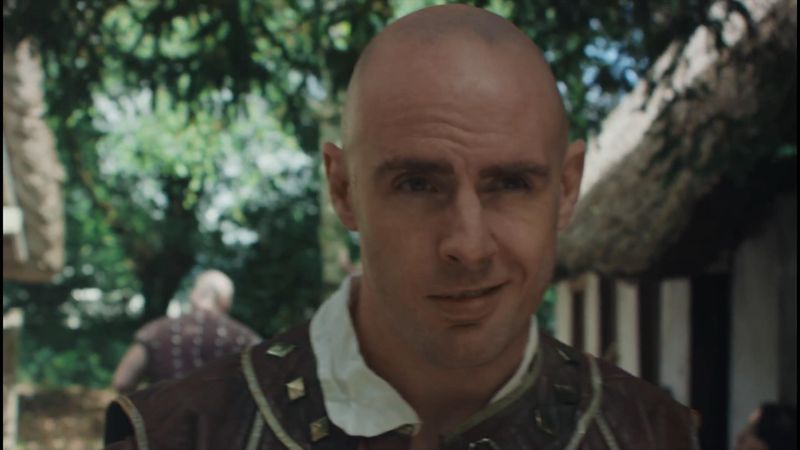 Over the course of a playthrough, Rustler does just about all it can to extract as much variety in gameplay as possible. Welcome moments like playing dress up, martial arts tournaments and racing offer a nice deviation from the formulaic fetch quests. However, they don’t happen often enough, especially in regards to the side quests.

Unlike Grand Theft Auto, Rustler has an upgradable skill tree. Earning experience or collecting horseshoes will unlock skills point in the pause menu. It’s a shame that most skills only offer increases to base stats. There are some instances where a skill offers additional gameplay, but in no particularly significant way to change up the experience. This feels like one of the bigger missed opportunities in the title, amongst a slew of others.

Crass Style And No Substance

While there is certainly fun to be had in Rustler, the entire experience leans far too heavily on its humour. With all the focus seemingly placed on delivering the maximum laughs the writers could muster, the gameplay is left severely basic.

There’s definitely a charm in what’s being attempted. Also it’s slightly amusing to go back to this more primitive style of sandbox, and generally wreak havoc on a whim. As a non-serious gaming experience, perhaps Rustler has something to offer, but it’s very limited. Moreover, fans of the old GTA’s probably won’t get quite the kick they thought they would out it.

While Rustler manages to live up to everything it says on the tin, namely Grand Theft Auto with horses, there’s not much in its delivery that leaves any sort of memorable experience. Relying almost entirely on its humour, Rustler tries to steal your fancy with crass jokes and pop culture references. However, it never quite manages to stand out as anything more than a basic sandbox romp, with all the repetitive fetch quests in tow. Couple that with some lacklustre mechanics, and what you’ve got is a fairly disappointing GTA clone.