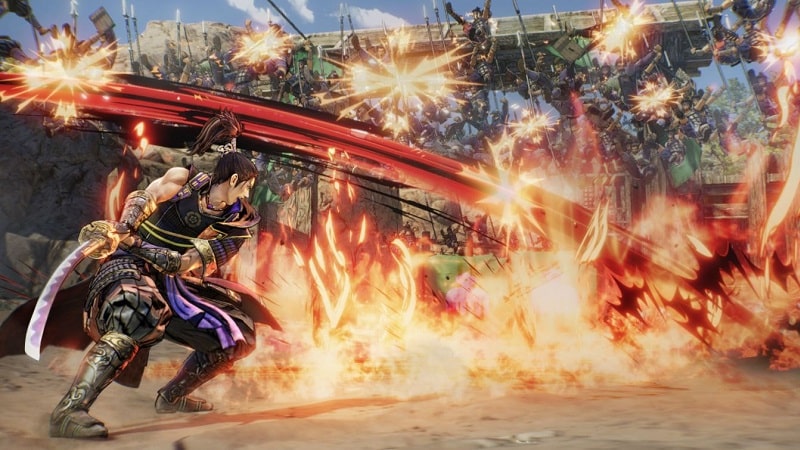 Samurai Warriors 5 PS4 Review – Samurai Warriors 5 returns to the franchise roots but expands on them in the best ways. After Dynasty Warriors 9, the experimental open-world formula proved to be less than appealing to long-standing fans. Samurai Warriors 5’s return to a traditional mission-based structure is a welcome one for someone like me.

The Best Story Mode In A Warriors Game To Date

Samurai Warrior’s 5 follows the story of young Nobunaga Oda and Mitsuhide Akechi through Nobunaga’s rise to power, his ambition to unite Japan, and eventually the betrayal by the Akechi clan and Nobunaga’s assassination. Though the story follows the main plot points of actual history, you can understand that it doesn’t depict things in the most accurate light.

In all fairness, I loved sitting through and watching the cutscenes and dialogue play out more than I ever have in a past Warriors game. Most of the cutscenes involve characters simply sitting around and discussing their plains, but it adds a lot of great characterization. I fell in love with many characters that I never thought I would care about, and learning who they actually were in history made it that much more thrilling. 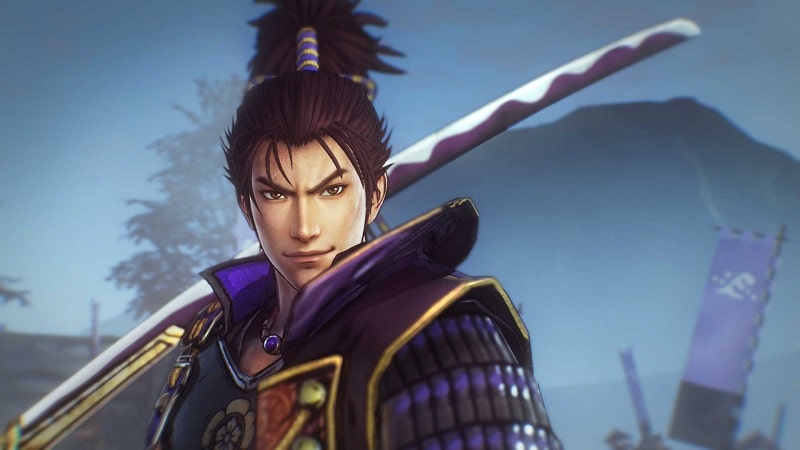 One cool addition that I adored was the loading screens. While the game is loading, you’ll constantly be given bios about the actual historical figures you encounter in the game and what role they each played during this troubling time of the Sengoku Period in Japan.

As you progress, the story will branch out and allow you to participate in battles that took place when Nobunaga was preoccupied in another battle or too far away to lend a hand. After a few chapters in you’ll unlock Mitsuhide Akechi’s campaign and see the story from his perspective.

Those who have played a Warriors game before know just what they’re getting into. You select a character from the games vast number of playable heroes and villains, and you go to battle against thousands of enemies in hack and slash melee combat.

It’s a simple game that somehow manages to hook you in and keep you playing for hours. Unlike past Warriors games, the story mode this time around limits you to specific characters that played a role in a specific battle. For the most part, you’ll take control of Nobunaga, but some missions see you take control of other characters under Nobunaga’s command.

You can, of course, go back and replay cleared missions in Free-Roam mode, allowing you to play with whoever you want, but the story is always locked to specific characters. 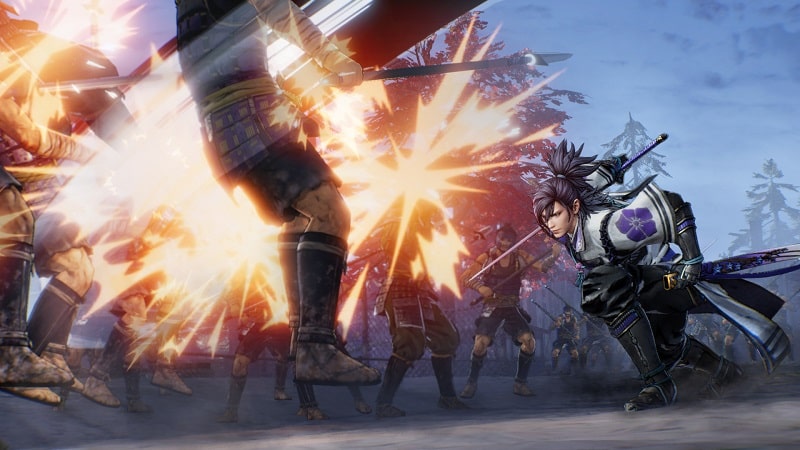 As expected, you’ll go through waves of enemy grunts using normal attacks that you can then combine with special attacks to pull off even more powerful attacks.

Enemy generals this time around are no pushovers as they can pull off some powerful attacks that can leave you scurrying off to find health if you aren’t paying attention. They can also deflect your attacks, leaving you wide open to attack. In past Warriors games, generals were designed to hit harder with greater difficulties, so seeing them add some more unique skills and strategies to your opponents makes the encounters more exciting.

There are a few new additions to the combat of the game. The biggest ones are the skills. These skills have cooldowns every time you use them but are game-changers, especially when playing on harder difficulties. All the characters unlock the same skills to increase their attack, defence, speed, and specific skills to the type of weapon being used.

These weapon skills add a little more strategy to the game as they have attributes designed for taking down specific types of enemies. The Helm Splitter skill is specifically designed to destroy enemy shields. Making it beneficial in your mission preparation to equip the skill and select a character that can utilize said skill.

This is just one example of the skills you can acquire. You’ll have to deal with special squads of archers and pull of specific attacks that target you. Spearman will constantly interrupt your attacks and use distance to their advantage. It’s these types of enemies that you have to select which type of skills to equip specifically.

At first, I was furious, constantly having been picked off from a distance by archers, but I quickly found a way to deal with them. In fact, it became that much more important for me to spend time in the preparation menu and check out my objectives to see just what’s in store for me in the mission. Believe me; you don’t want to go into a battle where you become surrounded by archers or riflemen without any real way to overcome their constant assault.

It is a shame that each character essentially unlocks all the same abilities because it takes away from the uniqueness of each character. This is the same for weapons. Characters who use the same weapons, such as a bow or a Kitana, all have the same attack animations and special attacks. You’ll get a few variants in animations, but 90% of attacks look the same and are linked to weapons rather than characters. The reason for this is because you can now change out what weapons a character wields. Tired of using a spear, you can switch to a bow. 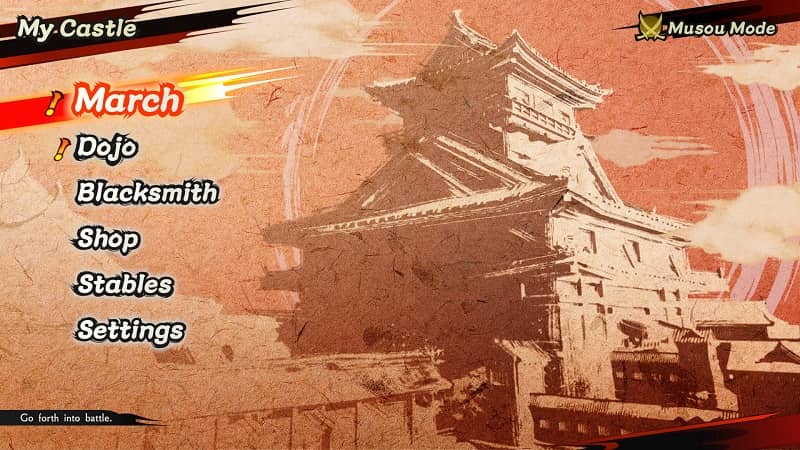 Each stage rewards you with Skill Points and Weapon EXP. Levelling up your weapons will make you more proficient in them and allow you to build more powerful ones and equip better gems that provided various bonuses like embedding your weapon with fire damage, extra attack damage, or faster cooldowns for you’re skills.

Skill points allow you to unlock attributes and stat boosts from a sphere grid system. It’s a nice system, but each character shares these skill points. So you may get around 60 skill points from a mission, but you have to decide which of your 20 or so characters you want to give those skill points to.

It’s great that you’re able to spend skill points on all your characters instead of having them locked behind a specific character. It allows you to upgrade characters you may not enjoy using and others who you love to use but don’t necessarily appear in the story enough times for you to use them. It keeps up upgraded and levelled up for the time in the story where you can use them again and not have to worry about them being underdeveloped.

Upgrading Your Castle Provides Plenty of Benefits For Your Heroes

Samurai Warrior’s 5 allows you to build your own castle, but it’s nothing you’ll be able to gaze your eyes upon as it’s mostly all menu based. To improve your castle, you must upgrade various shops in the game. These shops can be upgraded with materials such as wood, metal, and fabric. Upgrading shops provide a multitude of benefits. Upgrading and crafting new weapons and buying new mounts from the stables.

There are two ways to acquire the materials to upgrade these shops. You can buy them from the general store for gold, or you’ll have taken part in the Citadel Mode. This mode has you defending your castle from invading forces with various objectives to complete. Depending on how well your ranking is during the mission, the greater the rewards you’ll earn. 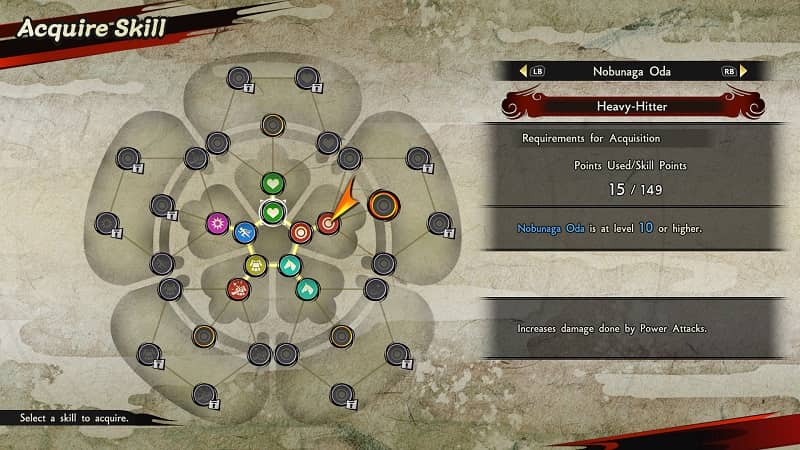 Graphically Samurai Warrior’s 5 cell-shaded aesthetic is very pleasing to the eyes, and the character models though somewhat flamboyant, are a lot more colourful than previous entries. The soundtrack is another pleasing change, mixing traditional Japanese folk music with its established rock soundtrack.

It’s not all good, though. Samurai Warrior’s 5 once again suffers from constant pop up of enemies on screen; there were plenty of times when I would enter an area with no enemies to be seen, only for them to appear in the hundreds a few seconds later.

On a more positive note, I never ran into slow down or frame drops from the constant waves of enemies I took down, which was a big problem in previous Warriors titles.

A Return To Form For The Warriors Franchise