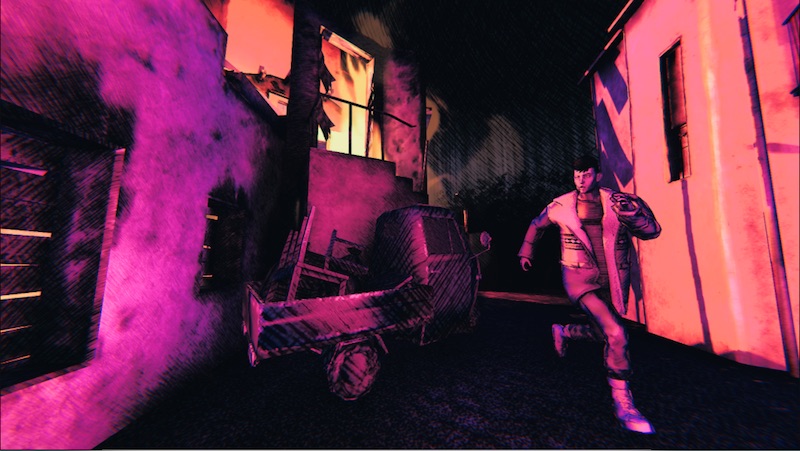 Can Santa Ragione’s Giallo-infused rogue-lite horror be the nightmare is aims to be? Find out in PlayStation Universe’s Saturnalia PS5 Review.

My eyebrows were raised the second I read that Saturnalia was inspired by the Giallo sub-genre of horror, and my eyes widened when I saw its unique visual style in action. If Santa Ragione could pull this off, then Saturnalia could be something special.

Saturnalia Review (PS5) – Giallo Tribute Has the Style and Some Substance

Saturnalia tells the stories of four characters in an undisclosed Sardinian village as they strive to uncover the dark secrets locked within it. Every time the characters perish, the village changes in various ways, but by completing certain puzzles and unlocking certain pathways, the four can make permanent marks on the landscape that will ultimately aid them in their dark journey of discovery.

The most striking thing right out the gate about Saturnalia is how it looks. Its visual style is reminiscent of both stop motion and rotoscoping with a sketchbook overlay. This combination is an impressive sight, but it initially feels quite disorientating and distracting until your eyes adjust.

I liken it to the first time watching Spider-Man: Into the Spider-Verse where it comes across as stuttery and ‘wrong’, but when the initial reaction subsides, it’s quite beautiful to see in full flow. If anything, its scratchy presentation is implicit in creating the unsettling atmosphere of the town. Something about it just left me on edge.

It’s here more than anywhere else that I could see the Giallo influence. The vivid splashes of color really make for a great representation for the visual style of Argento, Bava, et al, and the occasional shot delivers on that as well.

It’s not the most prominent aspect of Saturnalia, but what is there serves to make Saturnalia stand out from a technical perspective. The audio work does its part too, with experimental styles wholly reminiscent of the Giallo soundtracks of Simonetti.

So what about how the game plays?

I must admit I was a bit skeptical of a rogue-lite survival horror, because the wrong balance would invalidate the very point of survival, but in Saturnalia, the ‘reset’ that occurs upon death does carry some weight to it. A limited supply of matches helps light up the darkest, most dangerous areas of the village, and it’s often curtains for a character when these run dry, so making the most of the time available becomes an intense affair. Essentially, it’s a race to an unseen finish played out at a nightmarish crawl.

Don’t Expect Any Hand-Holding In This Horror Romp

There is minimal hand-holding or gentle nudging here. Saturnalia is the sort of game that stares coldly at you and tuts if you ask for directions. That’s not especially helpful given memorizing the layout of the village isn’t easy what with its fidgety attitude about remaining static. 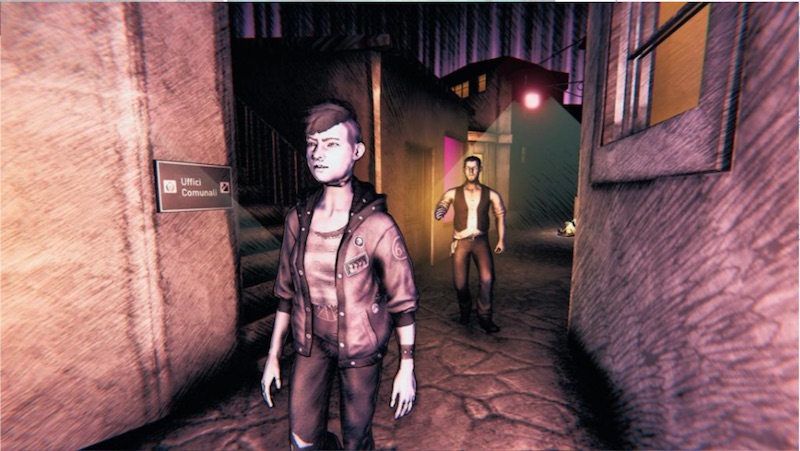 A part of me was happy to always have uncertainty and disorientation in each run, no matter how many of the permanent aspects I had figured out. Another part felt a bit annoyed at being given extra homework as a punishment for progress.

Still, the inherent danger in any run is an ever-present fear, and the consequence is heavy enough that the game pushes you into taking care and planning out the route ahead. The four characters can meet up in the course of the story and things get interesting and complicated. Those sparse matches play a big part in deciding a path, and the dread realisation that you made the wrong call is powerful.

For the most part, Saturnalia’s story works well as a drip-fed experience. Connecting the dots of the individual stories as well as the overarching one begins to snowball into a compulsion, but that does get stopped abruptly at points by the obstacles of an ever-changing environment.

This brings some frustration and breeds impatience in a game that requires considered play. I suppose you could chalk that up to a psychological effect the developer intended, but evidence of that is flimsy.

A Non-Linear Story That Shines

I found the use of traditional folklore a more enticing hook than the characters themselves, which isn’t really a knock on their stories; I just found the ritualistic traditions of the village that are uncovered to be the driving force that kept me invested. Happily, Santa Ragione has ensured it all ties together, so there’s little that deviates from that particular path in an intrusive manner. 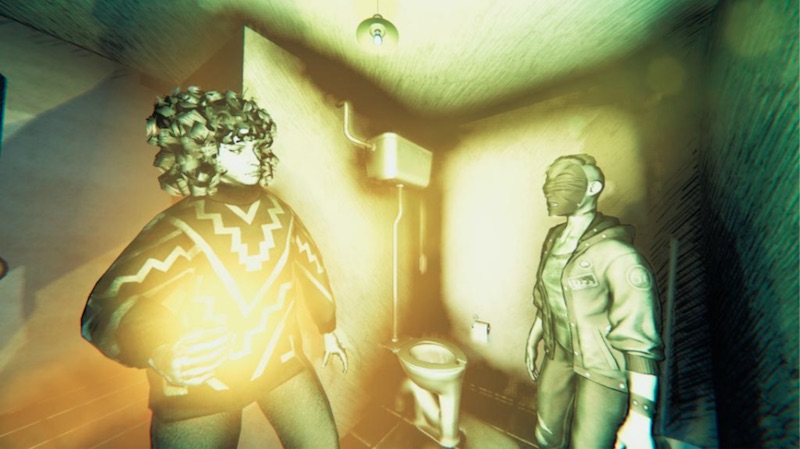 I also enjoy the fact the story is told in a non-linear fashion, with your personal choices adapting the place and shape of the main story beats. It means that, while you will generally get the same conclusion as others, the journey to it is very much yours.

Santa Ragione has committed itself to creating a loving homage to Giallo, and while it doesn’t always translate to a game as well as it might have hoped, the effort is a commendable one.

There’s an understanding at play in Saturnalia makes it a perfect representation of the Giallo sub-genre because it burns its way into eyes and ears with its distinct style, and its best story work is less about characters and more about the history that encroaches upon them like the unnerring darkness.

Saturnalia is out now for PS4, PS5, PC, Nintendo Switch, Xbox Series X/S and Xbox One.

Saturnalia is a striking homage to Giallo films and makes effective use of Italian folklore to power its horror. It’s often better in the ideas than it is in practice, but those are some damn good ideas.