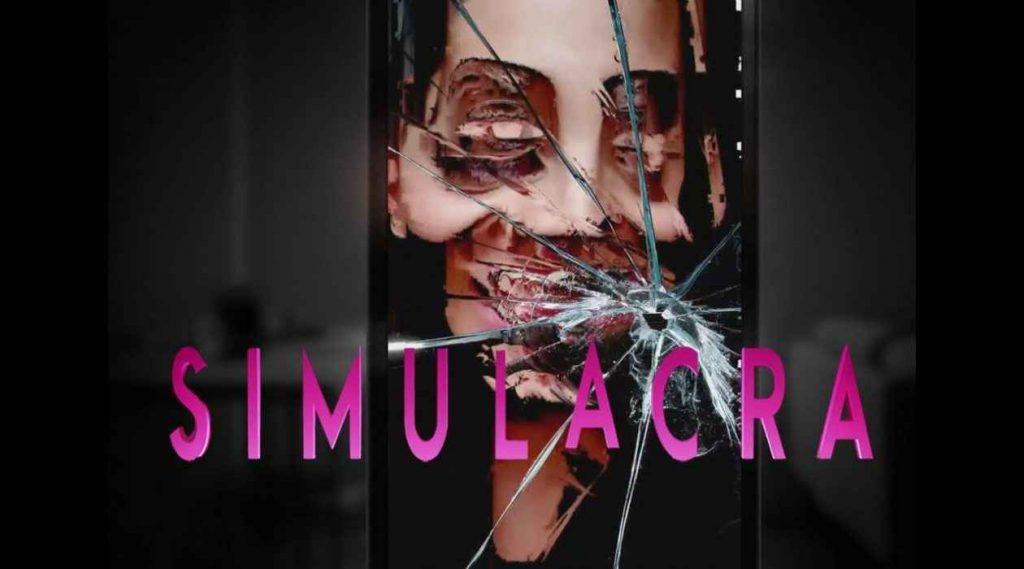 Every couple years, I stumble across cell phone horror in some form or another. Whether it’s a YouTube ad or series of images, I’ve always had that itch to check one out. The tension that comes from being mislead or misinterpreting something someone else said has its own level of intrigue. So, I naturally jumped at the chance to try Simulacra, but what I found wasn’t exactly the (An)droid I was looking for.

You find at your front door a random cell phone adorned with an eerie background image of a random woman, maybe in her 20s or 30s. The intrigue of unknown takes you, and you begin to explore the different apps on the screen, trying to unearth any information about the owner of this phone. As you discover more and more, you must connect with complete strangers in order to figure out what happened to the owner of this phone you now hold.

With Simulacra being my first exposure to this kind of storytelling, I’m not fully convinced that this medium works for effective horror. Most attempts at horror came with screen flashes, weird sounds on the other end of phone calls, and spontaneous images popping in and out. While horror isn’t necessarily the strength here, Simulacra is dripping with tension.

The kind of sensation you get from Facebook stalking a random person that you just met is a unique feeling, seeing you fall further and further down the rabbit hole that is that person’s visible life, digging for tidbits, oddities, and dirt. Simulacra is very much that experience. The more you learn, the more you want to know, and this side of the game becomes borderline intoxicating. This direction also ironically leads the game into one of its biggest issues: direction.

There is a handful of frustrating points in the game where you aren’t quite sure what to do, jumping back and forth between apps trying to find information you need. The game offers a pop-up menu that tells you what you need to learn next, but these directions are vague. The ambiguity of the game isn’t the problem I have, though, since that contributes in part to the intoxicating want for information as detailed above.

In having such scripted destinations for all the details you find along the way, you begin to fall into motions rather than unconsciously digging deeper into the narrative. This shift from intoxicating want to thoughtless motions hits about halfway through as the discovered information focuses more on real-world drama rather than anything eerie. Horror as a genre isn’t all about ghosts, ghouls, and the undead, of course. At the same time, all of the supernatural-like events that take place in Simulacra feel more like plugs for jump scares and nothing more.

Another issue I had with the game’s vague directions comes from how the game wants you to find information at critical times. I found myself in a handful of situations where I had one simple task to get more information from the Tinder-like app, but absolutely nothing came clear, no matter what I did. I even clicked on everything for a while until I found it. The suspense I had building up to that moment diminished greatly because of the frustration I had with interacting with the social media apps. When it comes to pacing, there needs to be a valid reason for investing extra time into a build up, and fumbling with unhelpful apps doesn’t play into the formula.

The final issue I had was in the character I was trying to save, Anna. From the limited perspective I had of her, she had some very real life problems, but she herself lacked much intrigue. She seemed privileged in some ways and hindered in others, which made for an appealing dichotomy, but the way the story was told didn’t offer up too much empathy for her. Rather than delivering her as an organic human being, Simulacra delivered her as a middle-class damsel in distress.

Simulcra Is Decent But Suffers From Clunky Suspense

The PS4 doesn’t have many games like Simulacra in its library. With something so unique to the games list, Simulacra stands out in a unique way. However, the stumbles in delivery and lack of character depth hit this narrowed perspective hard. Pick up Simulacra for its drama and not for its horror, because you won’t find much of the latter.

Simulacra is available now on PS4.

Simulacra does a good job of delivering suspense, but its capacity for horror is limited. Equally so, the way that the game utilizes its phone apps leaves much to be desired in such a brief package, elongating the experience with fumbling around for what to do rather than filling the time with some form of progress. Simulacra has a lot to improve on, but there is still something dramatic and interesting here.