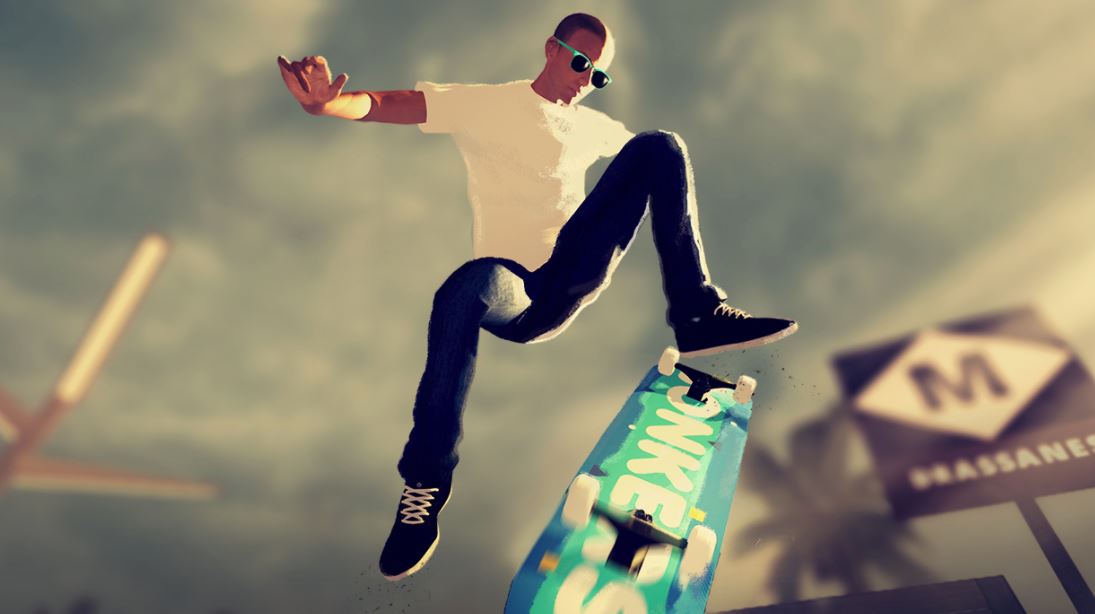 Skate City PS4 Review – Originally released on Apple Arcade in 2019, Skate City is widely thought to be one of the service’s best games and is very highly rated. Developed by Agens Games and published by Snowman, this 2D seemingly simplistic skating title will now see the light of day on home consoles. Can mobile titles translate well to our beloved PlayStation? Maybe, just maybe.

A Mobile Game Rolls Onto The PlayStation 4

I adore Skateboarding, both in real life and in video game form, the sport is very close to my heart. I grew up playing Tony Hawk and I thought Skate City looked simplistic, maybe even too simplistic for my tastes. Rarely do I play mobile games unless they are board game recreations, made exclusively for touch screens or something with a bit of meat to it. Yet, something still drew me to this street shredding title. 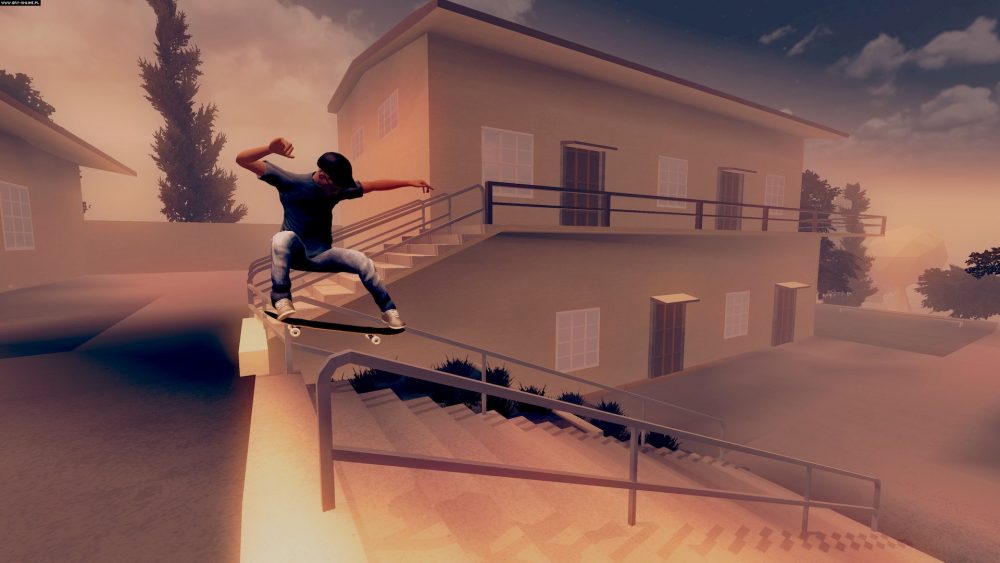 On the whole, I find games on mobile phones too laden with microtransactions and a little too simple. Skate City started out a very simplistic affair, press X to build up speed and flick the left analogue stick for a handful of flip tricks. It was all rather laid back and very chilled. For someone who plays a lot of skating games and especially with the remaster of Tony Hawk from last year still fresh in my mind, Skate City felt a little flat, at least initially.

After an hour or so, once manuals, rotations and grinds were introduced, the game started to gather some momentum. I started to upgrade my skills, buy new bits and bobs from the shop and even notice some unlockable super ‘tricks’. Don’t get me wrong, the game was still very simple, but now, at least I had things to work towards and with the nuanced additions, the trick system had new-found depth.

In Skate City you have three locations to skate in. Each of these locations has an endless skate mode that gives you a list of objectives to be completed at your leisure. Along with this, you have a list of one-shot challenges that award you up to three stars each. The format screams mobile game but that is not necessarily a bad thing. as it makes playing Skate City good in short bursts, which is the best way to play it.

Most of these challenges are exactly what you expect them to be, get a certain score, perform tricks in certain locations or my personal favourite, skate fast, do tricks and don’t get caught by the rozzers. When I say rozzers, I mean one meandering person of authority that chases you down the course while you do tricks. Fall and you will probably have to reset and try again. Resetting is instant though, so no worries on that front. 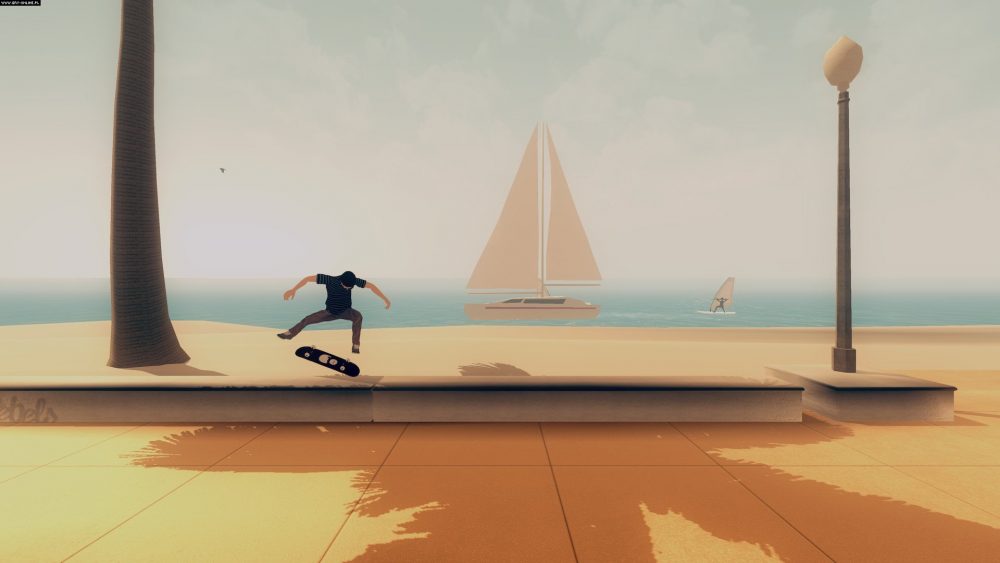 As you complete tasks in Free Skate and nail the game’s many challenges, you accrue points to spend in the shop. There are new locations to unlock but most of your hard-earned coinage will be spent on new hats, decks, and other tidbits to try and make your skater look the part. You can also upgrade your stats and unlock new special moves to use in your pursuits for skating greatness.

Related Content – The Best Indie Games on the PlayStation 4.

A Washed Out, Muted Art-Style

Graphically, while Skate City has its own art style, you can tell it’s been designed for mobile phones. It’s basic, it lacks flair or depth, and to be honest, the locations don’t feel or look distinctive enough. Skate City is by no means a bad looking game, I just felt it needed a bit more of a punch to make it stand out, especially on the environment front.

While your rolling through each of the game’s stages you are accompanied by a nice soundtrack, which is not really what should accompany a skating game. Again, it’s not bad I just want to shred to thumping beats or thrash along to some metal. In Skate City, the music is too safe and far too forgettable for the subject matter. Skating is about rebellion, skating is high octane, and unfortunately, I got none of this from the Skate City soundtrack.

On the whole Skate City performed well, the only issue I had was sometimes after sliding across the floor on my face my character would get stuck until I performed another trick. This was especially irksome during timed events and races. He would just skate on the spot until I did some sort of flip trick, it was weird and often infuriating. Apart from that, everything performed how it should. 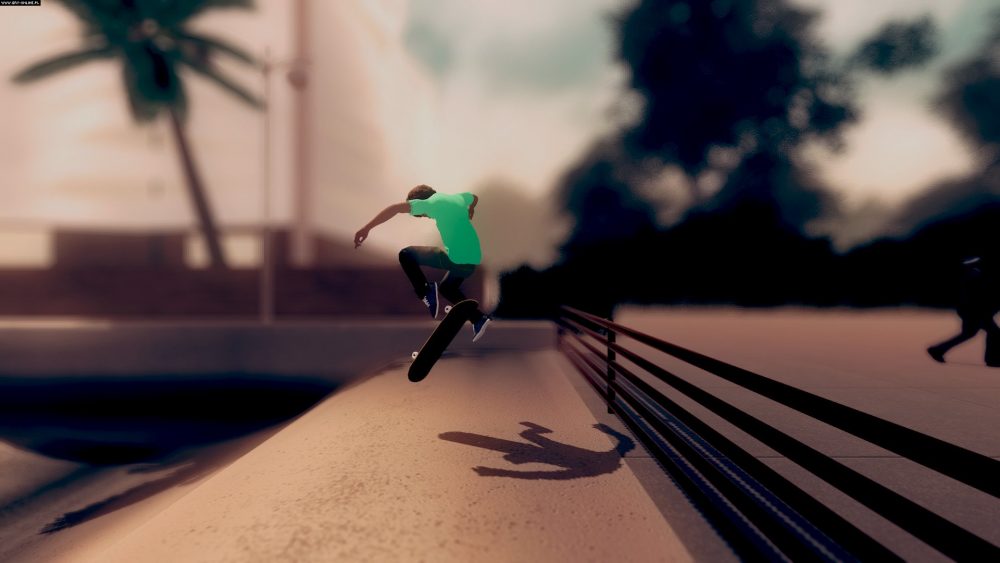 There Are Better Grinds Out There

Skate City is a game best played in short bursts. The small challenges and the handful of locations may be suited for a mobile device but any skating game fan will quickly burn through this modest amount of content. This paired with a simplistic trick system and bare environments make longer sessions feel a bit samey.

What has been crafted here isn’t bad by any means and I may have sounded negative but I enjoyed what I played. I enjoyed completing a few challenges between other jobs I had to do and I had fun busting a few runs out between playing other games on my PlayStation. It is just not a game I can get stuck into. It’s not even the best 2D skating game. OlliOlli 2, cough cough.

If you are in the market for a skating game and have played all the others, you may want to give this one a shot. Play in short bursts, don’t expect too much, and you will have a good time. Unfortunately, Skate City still feels like a mobile game, even on the big TV connected to your PlayStation and that’s just the way it is.

Skate City is available for PS4 on May 6, 2021, and is playable on PS5 via backwards compatibility.

Simplistic, light on content, and if played in longer sessions, repetitive. However, when played in short bursts and after you have got to grips with some of the games nuances it can be fun and rewarding. There are better skateboarding games out there without a doubt but if you have played them all and want to shred, Skate City does have its merits.