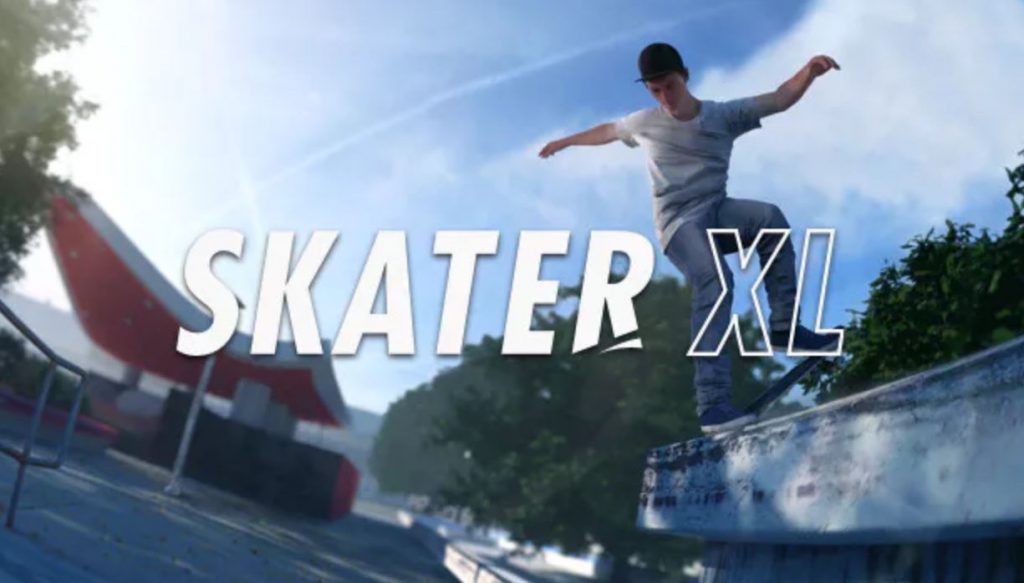 Skater XL PS4 Review – Being a heavy skater in my youth and I mean a ‘real’ heavy skater, I do adore a good skateboarding game. I could kick-flip and pop shuvit with the best of them when I was younger and I did. So whenever a skateboarding game comes up, it makes me very excited. Everything from Skate to Tony Hawks and from OlliOlli to California Games, I love them all. California Games you say? Yes, I am that old.

You Can Pop Shuvit Where The Sun Don’t Shine

Let’s talk about the good bits first, It won’t take that long. Skater XL is very physics-based. The head of the development team is a physicist and you can tell. Everything from the trick system to the collision system is very physics-base. It’s a more realistic skating game and I appreciate that but I do think it is a bit too realistic for its own good. Sometimes all you have to do is brush part of the environment to send you into a heap on the floor and at times it’s hilariously but too often annoying. You should be able to take a bit more of a knock, quite honestly.

The trick system takes some time to acclimate to but is very well made. You use both sticks and rotate and pull them in certain directions to flip and spin your board. I really liked that your character’s shoes are coloured to match which analog stick controls it. It made getting used to the control scheme and trick systems very simple and straightforward. So that was good.

Pull down then push up on the left stick will make your character ollie and using both sticks together does a more powerful version of skateboarding’s most basic trick. Mix in using your shoulder buttons to rotate, to perform grabs and flick your sticks after performing ollies to do flip tricks. You have a robust trick system that takes time to grasp but becomes quite natural soon enough. It’s a realistic trick system but sacrificing fun for realism is not a thing I think most players will want. No matter how good the system is.

I also quite liked the respawn point system. You can drop a pin wherever on the stages you like and restart from that point at any time you wish. It makes finding gnarly lines and good trick spots easy and simple to repeat. I did have some issues with my character dropping through the floor and other weird collision issues with this system though which was very annoying to say the least. The replay editor was a nice addition too, as you can edit your tricks and combos into a nice video using in-built tools, so that was fun for a minute or two.

Now to the stuff I don’t like, graphically the game is quite poor. Everything from the character models to the environments are very PS2-era looking and void of any character whatsoever. It’s the same story with the soundtrack, where are all the crunchy, high energy skating tracks? I can’t remember any track that got me pumped at all as it’s all very forgettable really. I find it hard to get fired up at all about Skater XL and that’s really disappointing.

Skater XL just seems so lifeless, dull and very drab. I am supposed to feel great and be excited – this is supposed to be skateboarding! It all just looks and feels so robotic and mundane. That, paired with a massive lack of modes makes for a not very entertaining time. I mean there’s free roaming free skate style mode, and a few trick challenges but nothing else. I wanted to be wowed, I was ready to be wowed but I was left feeling hollow.

The stages are the in the same boat, there’s no movement, no feeling and no life to them. It feels like you are skating around a ghost town. I have literally no drive to continue and nothing to aim for apart from finding decent lines to skate. That is fun, don’t get me wrong but you need more, I need more, what else am I supposed to do while I am skating around these mundane, arid stages?

I did not think I would ever say this but I think I would rather play the last Tony Hawks game and that was awful. At least it had stuff to do, was quite fun and wasn’t boring. It is just incredibly hard to find any energy to carry on playing Skater XL. I have all the achievements bar the stupid ‘Around the World’ one which is just ridiculous and is only there to try and get people to carry on playing this bland void of a game. I worked out I would have to play for over 2000 hours to get that one and I got the other trophies in an hour or two. Rubbish.

So there you have it, I suppose if you are gagging and I mean really gagging for a skateboarding game you may find something here to like but I find it extremely hard to recommend Skater XL. It has a severe lack of life, character and literally nothing to do apart from Skate around a few basic lacklustre levels. There is nothing to get stuck into, no goals, nothing to drive you to carry on playing and you may as well wait for Skate 4 or the Tony Hawk remasters later in the year. Sorry folks, this game is just not worth its asking price.

Skater XL is out now for the PS4.

I am a massive skateboarding game fan and wanted to love this game. Skater XL just does not have enough content to remain enjoyable for very long. The levels, characters and gameplay are dull and I find it very hard to get excited about it. I think it perhaps could be a good game in the future but I do not have that long to wait. Yes, it does have a unique control system and pulling off tricks is fun but we need more than that, as that can only take you so far. Move on people, there's little to see here.