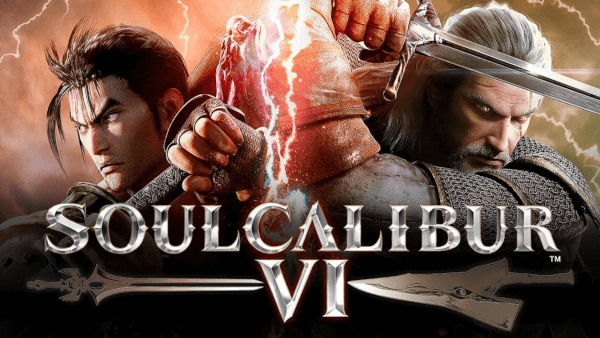 A long time has passed since I played Soul Calibur IV on PS3, my last foray in the franchise. Since then, what Soul Calibur showed me is how very accessible and tangible its mechanics are.

These mechanics allow for enough ease of access with enough layers to those controls to create a very complicated style of fighting. Combos are important, but they are not the status quo. Soul Calibur is more like chess than checkers, having to figure out when to be aggressive and when to counter.

Of the two single player experiences, I spent far more time in Libra of Souls for a few reasons. Soul Chronicles is a more pick-up-and-play experience, allowing you to jump into fights with a sense of overall progression that requires little investment. Libra of Souls, on the other hand, is a text-based narrative of your created character’s struggle with evil energy harbored inside it.

Many characters cross your path, and they all receive enough screen time to expand the world and create verisimilitude within your group. As more people appear, fights are inevitable, which grant experience to your character. Libra of Souls is also a beginner’s dreamscape. For those who have dabbled little in the Soul Calibur franchise, having the ability to develop and learn a character in such an accommodating setting creates a sense of real growth as a player. There is room for mistake forgiveness while being faced with enough challenge to necessitate taking chances on new button combinations. Sure, there is a Mercenaries Guild where you can recruit AI characters to fight for you, but why give all the gritty fun to the computer?

This sense of growth is not to the degree of a deep RPG, mind. Nonetheless, having a sense of growth to your character creates investment in it, giving Libra of Souls a sense of purpose beyond each victory bell. As you level, you gain access to different weapons for added benefits, with some traits being advantageous in specific fights. These aspects of the mode are easy to grasp and apply. Yet, they grant a development and preparation that would not exist if you simply jumped from fight to fight.

The potential downside to this mode for some is its text-based presentation. With very little visual representation, players take liberties with their imagination as scenes are described rather than displayed. Visual aids would have gone a long way here, I believe. In its defense, that less-tactile style is reminiscent of what makes games like Dungeons & Dragons feel so engrossing: You are the one creating the imagery.

At the same time, most screens are empty apart from some gorgeous grayscale background, text, and small character thumbnail images. Fights last mere seconds, so the vast majority of this mode is reading lines of narrative.

While the writing is good enough to generate easy and vivid imagery, I still believe a balance between visualization and imagination would have set this mode over the edge in the best way. The game’s introduction had a stellar, gorgeous introduction, so the formula is definitely there. As I mentioned at the top, Soul Calibur is a game of both action and reaction. Button-mashing does bring some success, but the real heart and soul comes from learning all of the combat intricacies. Defense and countering are as important, if not more than, attacking and comboing. Soul Calibur VI offers basic defense, countering with Guard Impact, and even countering counters with Reversal Edge.

Reversal Edge is another beginner’s dream, as a single button press counters any standard attack at any level. This element allows for a deeper “You’ve activated my Trap Card” experience, but it also eliminates the need for Guard Impact. I mean, why bother countering just on the good chance to be countered? Just use Reversal Edge.

Reversal Edge slows things down, stops combos, and has both players meet in the middle. Here, like in games like Dragon Ball Z Budokai, you guess what the other player will use so you can counter it. The mechanic itself is welcome. It is both gorgeously animated and rewarding like the rest of the game. However, Reversal Edge also counteracts other layers of combat that require more practice to execute.

But how’s that online, though

What makes Reversal Edge cool is how it plays out online. Having to make those decisions against other players is either deeply fulfilling when correct and borderline devastating when incorrect. A lot of sway lies in Reversal Edge for either side, flipping a fight or sealing it.

Servers are also very stable during combat. There’s no lag or feeling of being cheated with delays outside of bad player connections. Joining matches take a minute or so, but the matches themselves remain streamlined and fluid. Very little of the game revolves around online aspects, so you only find ranked and casual matches there to test your mettle.

Soul Calibur VI is a true fighter for all

All in all, Soul Calibur is the kind of fighter that I talk to my friends about. What makes that statement worth your time is that I am not a dedicated fighter player. Controls are easy to pick up and hard to master, which makes any fighter worth sinking hours into.

Soul Calibur VI has the heart and soul of what makes a great fighter great. However, Reversal Edge is a mixed bag, and some presentation elements lack visual investment. Regardless, Soul Calibur VI is the complete package, accommodating to newcomers and veterans alike.