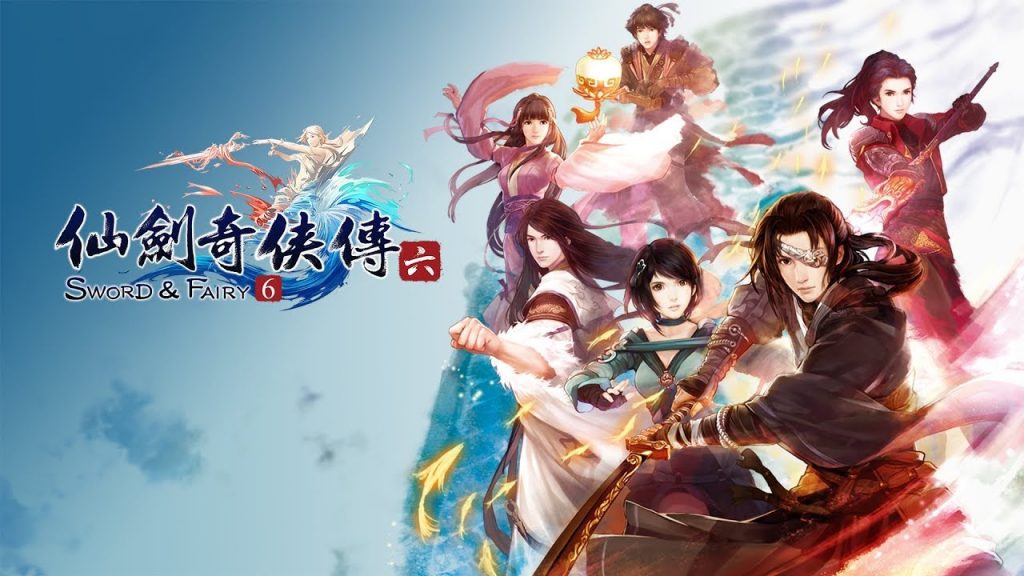 Sword and Fairy 6 is one of a handful of titles developed in China that’s been translated and released outside of its native country. As a result, the Sword and Fairy franchise has a long lineage that we haven’t been able to experience up until now. Unfortunately, it’s not a great example of what Chinese developers are capable of, because Sword and Fairy 6 just feels like an unfinished product in all regards.

What starts off with an amazing opening animated cutscene quickly falls apart when Sword and Fairy 6 transitions into actual in-game action.

The story begins with our heroes trying to stop a cult from swindling almost everyone in town. As they begin to explore the town, they discover that the cult is doing a lot more than just swindling townsfolk; they’re using them as human sacrifices.

Your journey to stop this cult leads to some fantastical locations, and it’s here where the story has a lot of potential. The problem with it all is it’s almost impossible to follow unless you’re a speed reading demon. The scenes go by so fast that I couldn’t keep up with the dialogue. The dialogue bubbles progress automatically, and if you aren’t fast enough, the dialog will simply go on without you. What makes this worse are the tiny subtitles which blend into the environment which makes them so hard to read. I had to squint right in front of the TV just to read them.

Sword and Fairy 6 is a turn-based role playing game, but it mostly feels like watching than playing. The biggest problem that presents itself in every moment is the frame rate. Getting into combat, the frame rate drops to what feels like five frames per second. What’s worse is the frame rate keeps the game from registering your button inputs. Many times I would try and select attacks and the game just wouldn’t register my input. I would have to press it three or four times for it to register.

Combat allows you to select multiple attacks that cost a certain amount of slots in a bar. The more powerful the attack, the more slots it takes. You can mix and match these attacks and, in theory, it’s a great system, the problem is that it fails to truly explain itself and is overly complicated to use.

Characters don’t level up in Sword and Fairy 6. Instead each battle awards “Soul” which is used to manually upgrade attributes like Strength and Speed by unlocking astrological stars which formulate the shape of your characters.

Because of the bad frame rate, I spent most of my time setting the combat to auto attacks, because it took so long to do anything.

Using the menus for whatever reason also drops the frame rate. Opening up the character equipment screen, I would have to wait for the frame rate to catch up just so I can change equipment.

Exploring is just as bad. Every time I would rotate the camera, the frame rate dropped and characters would move around at a snail’s pace. The world itself is as bland as it can get. What’s worse is you can even reach areas outside of the map and get stuck with no way to get out, forcing you to restart your save. I also noticed that in some areas the developers forgot to hide switches. These switches are development tools that developers use to tell the game when something should be lit like a fire or a lamp.

Graphically, the game looks like an MMO that launched back in the early 2000’s. Environments are bland, and characters don’t look great. The character animation in combat does actually look quite nice when the frame rate keeps up, but that’s not very often. Music on the other hand is really good as it fits the setting and time period of the game really well. The entire game is also voiced natively for those who can understand Mandarin.

I can go on and on about everything that’s broken and unfinished in Sword and Fairy 6, but it’s just too exhausting. The story does lead to some interesting moments, if you can actually keep up with it. It also has some really nice animated cutscenes, which also suffer from the dreaded frame rate drops. Sword and Fairy 6 just isn’t worth the time and frustration it’s bound to cause.

Sword and Fairy 6 is an unfinished broken mess that should probably be avoided at all costs. What should have been a triumph for Chinese game development is instead a massively wasted opportunity.