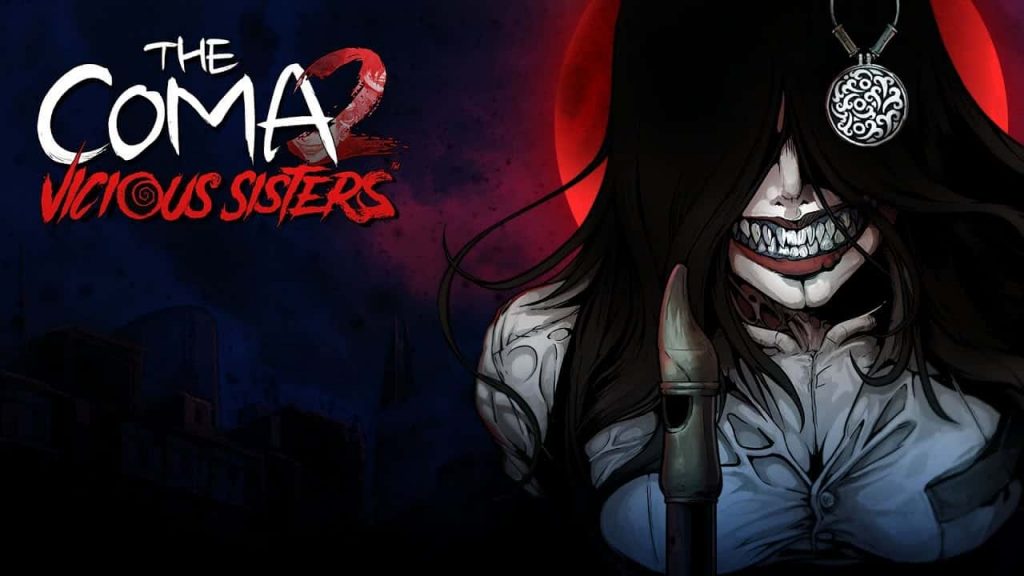 The Coma 2: Vicious Sisters PS4 Review – The Coma 2: Vicous Sisters is the sequel to The Coma: Cutting Class. A Korean Survival-horror title in the vein of classics like Clock Tower. Independent Korean developer Devespresso Games and publisher HeadUp Games has cut a nice piece of the pie of the Survival-horror genre for themselves by delivering a different and in some cases purer horror title then those found in more action-packed titles like Resident Evil.

Being A High Schooler Is Truly Terrifying

The Coma 2: Vicious Sisters tells the story of Mina, a high school student who has seen her world torn upside down. Her best friend is in a mysterious coma and she’s hit a deep depression. While remaining after school one evening she notices another student wandering the halls.

She decides to follow the student only to be knocked unconscious and wake up with the world twisted with now long-dead corpses and weird growths appearing on walls.

As Mina sets out to explore the nightmarish version of her school she quickly learns that she’s not alone. A monster with big sharp teeth and claws is out to kill her and Mina must do everything she can to escape the school and her stalker.

The premise is almost identical to the original Coma title. Both games take place in Sehwa High School and even the main stalker holds a close resemblance to the one in the first game. This builds on the lore of Sehwa High School in particular and why exactly things like this are happening there.

In The Coma 2 though it’s not just the school you get to explore. a lot of Sehwa district is explorable this time around. Mina finds herself in a police station and a Market at some points in the story among other terrifying locations. Each one presenting a different experience for the player, along with new stalkers to escape and areas to explore.

There is a lot to say about the story but saying too much will give away key plot points. I will say that I quite enjoyed the narrative though. It helps to be a big fan of Korean horror, as I am and experiencing a lot of it in other media. Aspects of the story didn’t seem cheesy or far fetched to me but some may feel different without exposure to that style of horror.

Exploration Is Key To Survival

Gameplay in The Coma 2 is very similar to its predecessor. You explore the detailed world to find items and solve puzzles, not only to save yourself but to help out a lot of the spirits that live inside this mysterious new world you find yourself in. Helping these spirits will net you some nice items that may even impact how Mina comes away after each area and even the type of ending your receive.

Each location you visit is a different level. Depending on if you found specific items it determines how Mina escapes from each location with different scenes being presented in great comic book cutscenes.

The gameplay is pretty simple as there just isn’t much that Mina can do in the game besides hiding and pick up items. Mina is very limited in her abilities and can’t really defend herself from the stalkers trying to kill her. Instead, she must hide from them.

Every time a stalker sees Mina you have to run from them. The stalkers will always be faster than her so getting into a room as fast as you can and hiding is your best chance of escape. If a stalker catches you it’s an instant kill.

There are items that can protect you for this instant kill mechanic such as pepper spray but they are few and far between. Hiding should pose a tense moment, but unlike Clock Tower where you have to watch your stalker slowly walking around and search the room hoping they don’t find you, The Coma 2 forces you to do a QTE mini-game to avoid detection.

If you fail the QTE you will be discovered immediately and most likely killed having to start from your last save point. This kind of takes away from the tension as you know you’ll survive as long as you succeed in the QTE.

Survival Horror Shouldn’t Be This Easy

Besides the stalkers, Mina will encounter other obstacles in her way. Some of the supposed dead bodies will come to life and slash at her as she walks by. These things like to hide in hard to see spaces such as under tables. Another enemy is just a big pulsating blob that explodes unleashing a poisonous cloud infecting Mina.

These obstacles aren’t too difficult to avoid, as you can simply sprint past them before they strike. The problem with these enemies is if they do damage you they cause damage over time. Poison will slowly drain your health and the ghost monsters will cause bleeding, also causing damage over time.

Resource management is talked about being a big gameplay mechanic early on in the game’s tutorial but there are so many resources to scavenge I never had a problem finding what I needed. The world of The Coma 2 is full of items to help you deal with the various situations Mina finds herself in.

Bandages to stop bleeding and antidotes to cure poison are scattered around the world. Even if you aren’t able to find the item you need you can simply buy it from the various vending machines you run across that is if you have enough money to buy them.

The Coma 2’s greatest strength comes in its art design. It truly does look amazing. The world is incredibly detailed for a 2D Side-scroller and the monster designs especially the Visions Sister is a standout.

Sound design is also good when it’s in-game. Hearing your stalker walking around just outside the room you’re in will quickly force you to stop and hide hoping they don’t come into the room you’re in. Unfortunately, I did feel like the game’s cutscenes had some sort of sound bug. Each scene was fully audible but then the audio cuts out all the voice work and music. I’m not sure if it’s designed that way but the way it happens I can’t believe it; it’s anything but a bug.

Solid Design With Some Lacking Tension

The Coma 2: Vicious Sisters is a decent game that features some incredible art design and a pretty good story building on the foundation of great Korean horror stories. It’s just a shame that the parts that should add to the tension and horror are reduced to QTE’s making it a simple gameplay mechanic.

The Coma 2: Vicious Sisters is available now on PS4.

The Coma 2: Vicious Sisters is an interesting take on survival-horror. You don't get to fight your way out of the situations you find yourself in. Instead, hiding is your best weapon. Devespresso Games have crafted a unique horror experience shrouded in Korean horror lore. It's just a shame their unique approach is hindered by some questionable QTE moments and item management.