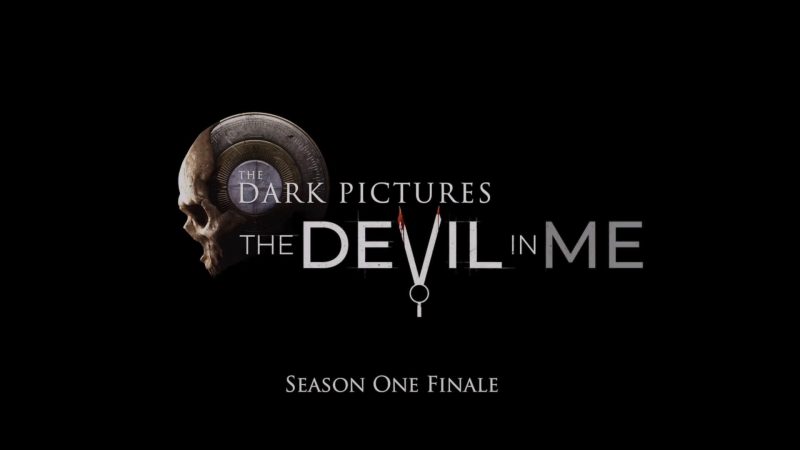 The Dark Pictures: The Devil In Me PS5 Review. After four entries, The Dark Pictures Anthology closes its book on this particular chapter of the horror game series with The Devil In Me. Can Supermassive keep the momentum of The Quarry ticking over into this new game? Read PlayStation Universe’s review to see how it fares.

The great thing The Dark Pictures has done for Supermassive games is let the developer dip its toes into various horror pools and experiment along the way. To see where this anthology, now ending its first season, has gone from 2019’s Man of Medan to this week’s The Devil In Me is quite the journey. I think The Devil In Me is the best overall entry so far. Even so, there’s plenty still to be learned from its problems.

A Clunky Opening Gives Way To A Solid Horror Romp

The Devil In Me is focused on The World’s Fair Hotel ‘Murder Castle’. Home to H.H. Holmes; America’s first serial killer, and a trapped-filled shifting building that wouldn’t look out of place in Th13teen Ghosts. It begins with a dip into the past, where an insufferable newlywed pair in the late 1800s visit the Murder Castle and are subsequently offed by said killer. It’s a really clunky opening, not helped by two very aggravating performances, but in fairness, it does seem like that was the point because it’s later insulated that it was meant to be that way. Though it’s honestly not signaled all that well if it was meant to be that way.

Not helping that argument is the introduction to the modern-day cast. A film crew that specializes in telling the stories of serial killers is desperately down on its luck, and they receive the call of a lifetime that offers juicy one-of-a-kind information on the Holmes murders, with a museum of sorts situated on a remote island.

During the introduction to this cast, it’s a tad painful hearing the gears grind out their simplified backstories, and not helped by facial capture that doesn’t quite reach the levels of The Quarry. It feels sloppy and disconnected during the first 25 minutes in their company, but I promise you, it gets at least a bit better.

Turns out, this crew probably should have looked this gift horse in the mouth. Got the dental mirrors in there and shone a really bright torch on its gob because there’s some pretty nasty gum disease in there. The island home is a near-perfect recreation of Holmes’ Murder Castle, and it seems like the crew is the latest to be chosen as tally marks for a record-breaking slaughter run by a copycat killer.

Murder House Is A Great Backdrop For Bloody Carnage

Once the crew is inside the house and getting whiffs of something very off, The Devil In Me really starts to sing. We get to the meat of the personal stories, including budding romances, fractured relationships, and the seemingly inevitable implosion of this filming crew. Most importantly, we get to see the Murder Castle do its sick thing. Here begins a game that’s less cat and mouse, and more rat in a maze. The killer can divide and conquer the crew with sliding walls, deadly traps, and a frankly absurd amount of animatronic mannequins that have a very uncomfortable human side to them.

More than any Dark Pictures game before it, The Devil In Me really makes the most of its location. It has lore, storytelling, and an inherent danger that makes those all-important choices feel so much more intense than usual. The Murder Castle and its master approach kills in a strange mixture of Final Destination happenstance, Saw-style morality traps, and plain old nastiness.

One of my favorite scenes in The Devil In Me presents a seemingly impossible choice, and presents you with a pretty grim result in most instances. The tension that builds in that scene is genuinely superb, and a warm reminder that Supermassive can do intensity and tension really well.

I just wish the presentation matched the action. There’s far too many odd decisions on camera angles, scene loading, and actor reaction that admittedly capture a little bit of what make dumb horror movies fun, but largely lead to a detachment from the atmosphere The Devil In Me is at pains to build.

While I think this is a better overall horror package than The Quarry, the presentation levels of that game are very fresh in the mind when looking at the more rough and ready edges of The Dark Pictures. It’s a more refined game than its Dark Pictures predecessors in so many ways, but the technical benchmark is out there, and it, unfortunately, affects The Devil In Me.

Still, this is relatively minor stuff when the ride that is The Devil In Me’s story is so damn enjoyable. Despite that rough start, I was invested in several characters by the time the stakes were raised. The big names at the table here are Jesse Buckley and Paul Kaye, and while I think they both do well overall (I think Kaye is especially good), the more engaging performances come from other cast members. Gloria Obianyo’s Jamie is the pick of the bunch, being involved in some of the most interesting moments of my initial playthrough and has a sweet, if short-lived romance angle with Nikki Patel’s Erin.

After that initial playthrough, the obvious fun is in seeing where you can change the fates of the cast. I had just two deaths in my first run, but took great pleasure in learning how to manipulate things to fit my ‘preferred version’ of the story. If you want a bit more spice than that, the online multiplayer returns so you can have a stranger or a friend ruin all your hard work by missing a button prompt and altering the course of a favorite character’s fate.

This was honestly the most fun I’ve had with The Dark Pictures series to date, and given the tease for Season Two, I’m confident Supermassive is hitting its stride after a bit of fumbling about to find the right mix. There needs to be a bit more polish, but if the stories are as consistently engaging as The Devil In Me, it won’t be a huge concern.

Supermassive Games rounds off its first season of The Dark Pictures Anthology with its strongest entry yet in the shape of The Devil In Me. It’s a bit undercooked on the technical side, and it takes a while to get moving properly, but when you get to the meat of the game, it’s up there with Supermassive’s most confident work.

The Dark Pictures Anthology: The Devil In Me