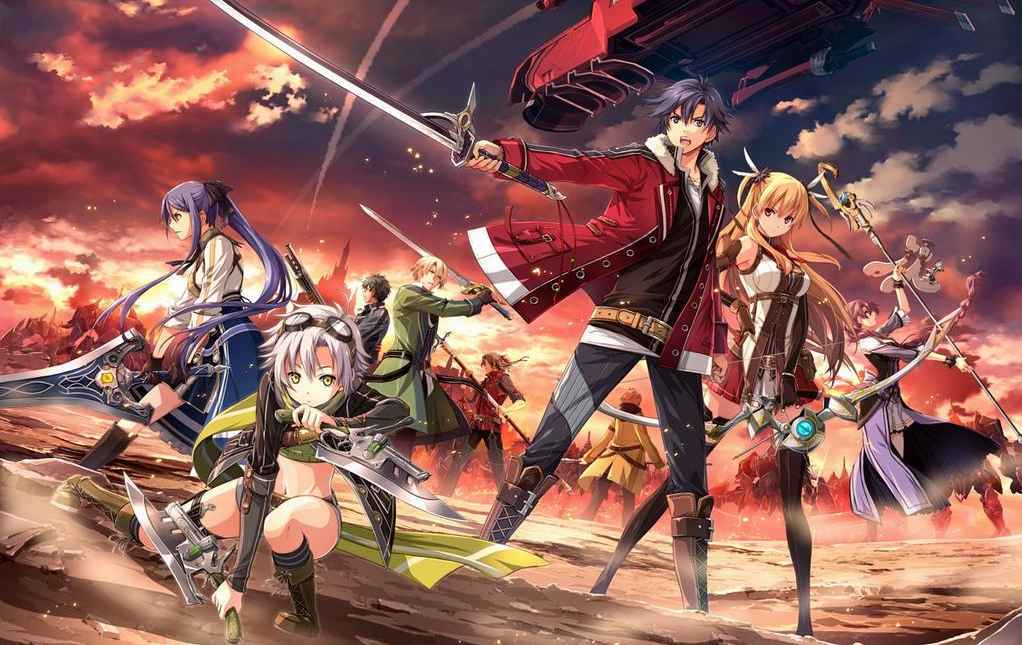 As I mentioned in my review of the PS Vita version of Trials of Cold Steel II, so much is missed if you have not played the first Trails of Cold Steel. Both Eric Hauter, who reviewed the PS4 version, and I cannot recommend enough that you play the first game before jumping into this RPG behemoth. These games are deep RPGs filled with character-driven narrative on top of a looming political plot that crops up more and more as you dig deeper.

The Vita version already had a great deal of voiced dialogue, but this one adds a ton more. The original cast comes back to reprise their roles for these lines as well, so there’s nothing shoehorned in on this end.

Probably the coolest addition, and easily the biggest one, is the Turbo button. This acts as a quality of life option that a franchise of this scope needs, though of course, it’s great to have long, sprawling games such as this to dig into. Still, there are so many repetitive fights in games like this that saving time is a paramount feature for so many people.

Be warned: Turbo Mode is NOT an easy win button. Getting comfortable with it can be a challenge, and bosses are not forgiving. If you’re not careful, you could see the Game Over screen much quicker than before.

Probably my two biggest critiques for the Vita version were performance and end-game narrative choices. Fortunately, the PS4 hardware fixed the performance issues, and time helped to alleviate some of my issues with the narrative.

Performance slowdown no longer exists. No matter how much is going on on-screen or how fast you’re playing, the frame rate is silky smooth. Playing through again on Turbo Mode felt so satisfying. Fast combat helps age this game on its own. Adding quality-of-life features to older games benefits everyone, and Turbo Mode pays dividends.

Obviously, nothing has changed in terms of narrative. What has changed however, pertains to my perspective. The entire narrative as a whole aged much better than I originally thought, though I still think many relationship outcomes and engagements are dated and trope laden, especially when compared to the charm of the first game.

The political aspect to it also plays so well to the overarching narrative too, and the final few hooks are more subtly intriguing than I originally gave them credit for. Not all of them hit the mark, of course, but many of them felt much better this time around. I think what helps this comes from having less time fighting, thanks to Turbo Mode, and more time to focus on narrative. Again, Turbo Mode continues to pay dividends.

All in all, I think that the new pace and accessibility of this version plays to a betterment of this series as a whole. It is not graphically better, really (though PS4 Pro owners do get to enjoy a 4K resolution presentation), but performance and pacing are top notch for sure.

I know I hyped up the soundtrack for Trails II when I reviewed the game on Vita. I particularly made mention to the opera-esque track near the end of the game that accompanies some of those final major fights; it is still a brilliant track The soundtrack overall is still a treat for the ears, but what the PS4 version does is really showcase it more naturally. I played the Vita both with and without headphones, so I didn’t always have that high audio quality to music. This tracklist is so engaging, and even a TV playing it grants such wonderful ambiance.

Without a doubt, a headset is the sure-fire way to go, but each of these games is long. Wearing a headset for 60 plus hours is taxing. Obviously, listening to the sound from a TV is better than from the Vita, but the difference remains astronomical between the two sound output methods.

Not much else can be said about one of my biggest gripes from the original version of the game – the Divine Battles still feel uneventful. Thankfully, Turbo Mode helps to get you through them a little quicker.

Cross-Save is still an option. This is not something super important to new players, especially those who only have a PS4. This is a feature meant for the player who have previously engaged with this franchise on different platforms at various points in the past. For me, still having the option to jump between Vita and PS4 is huge. Vita performance be damned, I still love playing on the go – it’s far from ideal, but the option is wonderful.

The Trails of Cold Steel franchise has a perpetual place in my heart. It effortlessly combines strong character-driven narrative with the epic feel of a deep political plot. Performance enhancements and Turbo Mode make the PS4 version a must-buy, and that recommendation holds true for newcomers as well as long-time fans. This version changes so much for the better. It really is the best way to play Trails of Cold Steel II.

This is the best way to play The Legend of Heroes: Trails of Cold Steel II. Visuals remain relatively the same as the PS3 version, albeit upscaled to higher resolution. The biggest changes come from perfect performance and Turbo Mode. Both add the kind of quality-of-life an epic-sized RPG such as this needs in order to feel as fresh as the first time you played it.

The Legend of Heroes: Trails of Cold Steel II