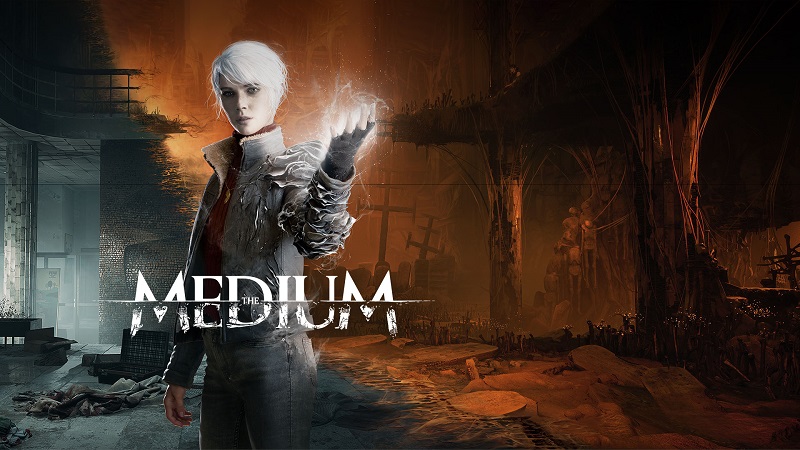 The Medium Review (PS5) – Bloober Team’s steady crawl towards becoming a horror game heavyweight looked to be complete when the Polish developer revealed its next-gen title The Medium. Early looks showed promise and ambition, for a company that had been testing and toying with ideas in the likes of Layers of Fear, Observer, and Blair Witch in the past few years.

When it arrived on Xbox Series X/S earlier this year, a bit of that promise was fulfilled, but instead of being that jumping-off point for taking Bloober to the next level, it’s made its next move more important than it should have.

The game heads to PS5 with less anticipation than it started with for a variety of reasons, but is it still worth investing in this paranormal horror?

The Medium Review (PS5) – An Intriguing, Atmospheric Horror, Soured By its Poorly-Handled Story

Walking In A Dream 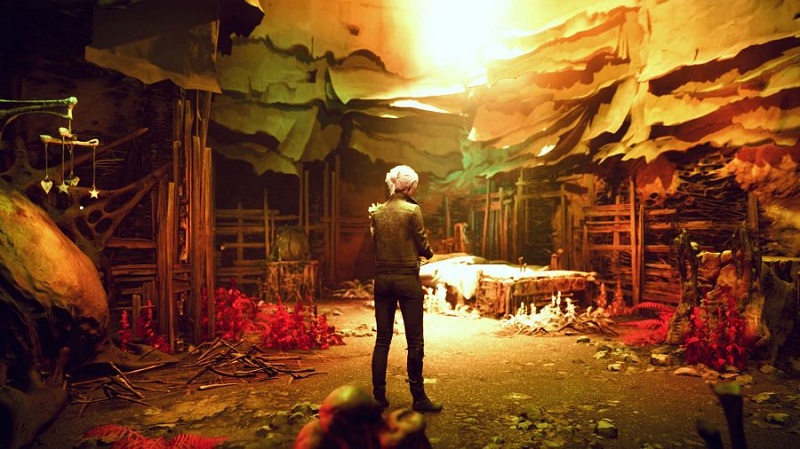 The Medium deals with a young woman, Marianne, who acts as a medium able to travel into the spirit world whilst still existing in our reality at the same time. She uses this to help restless spirits find closure. The game picks up her story just as she has to attend the funeral of her foster father. She’s not only grieving but is haunted by a recurring dream of a girl being murdered at a lake.

A possible solution to her dreams, and an explanation behind her powers, arrives in the form of a phone call from a man named Tom, who claims to hold the answer to both if Marianne is willing to meet at an abandoned resort in the Polish wilderness.

Desperate for something to distract from her grief, and more than a little curious what answers she will get, Marianne agrees.

Upon arriving at the resort, Marianne discovers that it holds a strong connection with the spirit world, and is home to a murderous entity known as The Maw, which caused an infamous massacre at the resort and has the troubling ability to also exist in both worlds at once. Marianne must stop The Maw and uncover the hideous history of the Niwa Worker’s Resort.

Ambition Is A Good Thing 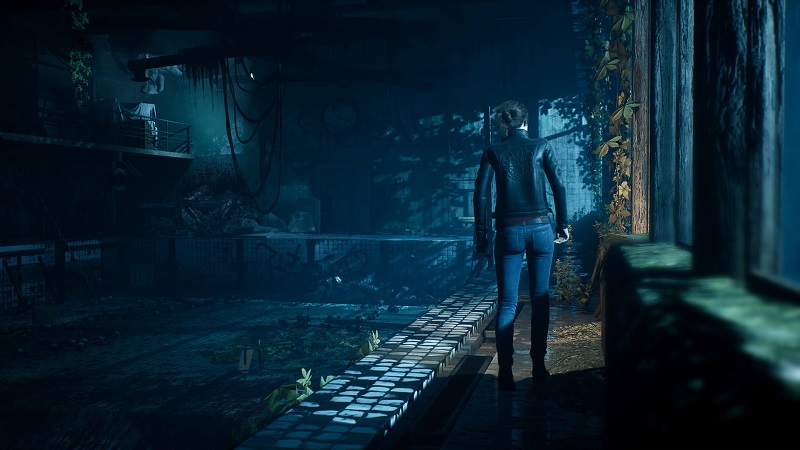 The influence of Silent Hill practically smothers The Medium at times. The reliance on storytelling and world exploration over killing monsters, a shift between realities, a dead, corrupted place, and a soundtrack co-created by Silent Hill alumni Akira Yamaoka all make it quite clear what Bloober Team were aiming for, and in all honesty, The Medium does a lot better when it tries to do its own thing rather than ape the highs of Konami’s iconic series.

Unfortunately, the comparisons are unavoidable, and paint an overly negative picture of Bloober Team’s game.

I’ll get back to that, but there’s plenty of positives to take from The Medium. Firstly, the times where the game splits the screen to show Marianne traversing both worlds at once are superbly handled.

Fixed viewpoints ensure things don’t get too complicated, and really make certain set-pieces thrilling like when you see the impact of The Maw’s rampages in the real world whilst seeing it physically in the spirit world. For a relatively small development team such as Bloober, it’s an ambitious feat from a technical standpoint, even with the sacrifices made on performance that it brings. 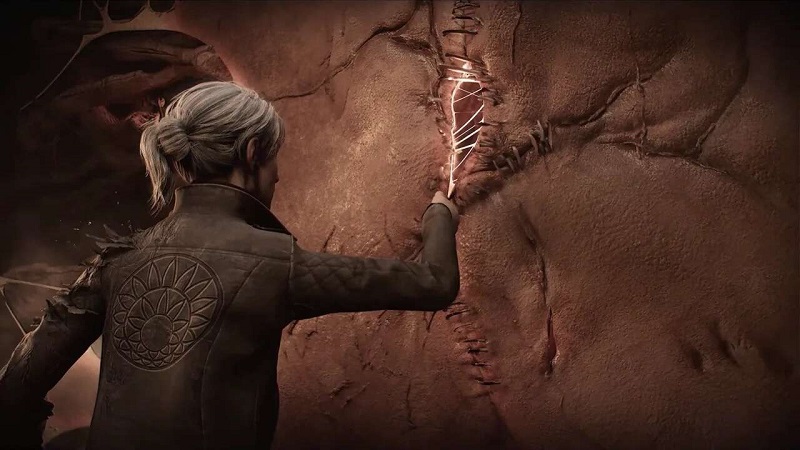 I also applaud the game’s streamlined setup and how that helps its atmosphere to grow via exploration of the Niwa resort and its hellish spirit world counterpart. The gameplay setup is closer to an adventure game than a survival horror, with next to nothing in the combat department, and plenty of world interaction and puzzling to do, and it suits The Medium well.

The format is actually very similar to the first-person horror games Bloober previously made, but viewed in a more classical survival horror manner. It can be a bit disorientating for expectations of what The Medium actually offers, but with that knowledge, it begins to feel a lot more natural and logical.

It would be nice if some of those interactions were a bit more meaningful or well…interactive. A large portion of them basically exist solely as for Marianne to offload a snippet of dialogue.

When the game isn’t splitting between the two worlds, Marianne can use her powers to highlight points of interest, find hidden objects, and solve puzzles by tapping into a view of how things look in the spirit world. It may be little more than The Medium’s version of Detective Mode, but it fits nicely into Marianne’s powers and the world Bloober has built. 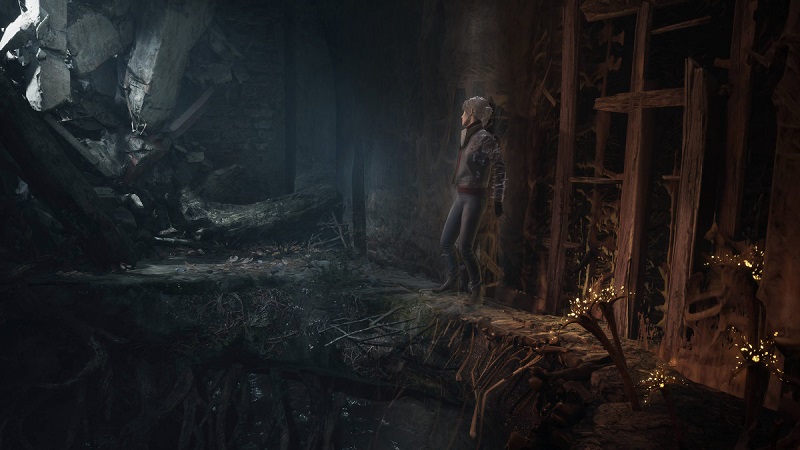 She can also weaponize her power to a degree, with a defensive spirit shield and a spirit blast (that’s mostly for puzzles). Their use is fairly restrained to ensure the tone and pace keep at least somewhat close to what is intended, sometimes to the point it feels like indecision was met.

There’s a few encounters that are dealt with in cutscene form instead of allowing the player to resolve it, and while I understand why, it’s a touch puzzling that they’re built up the way they are.

Before I tackle the story, I must mention the one thing that makes the PS5 version superior to the Series X/S version, and that’s the DualSense. The Medium doesn’t necessarily get the best out of the PS5’s controller, but does enough to genuinely add something that wasn’t there before in terms of immersion.

Haptic feedback comes into play during attacks on Marianne’s shield, or when she’s having to hold her breath during certain chase sequences. It’s not up there with the best uses of haptic feedback on the system, but it’s clearly more effective than the relatively simple rumble of the Series X controller’s efforts.

The adaptive triggers get a run out when charging a spirit blast, changing tension levels as you charge, the speaker and light bar have subtle implementations for some tools, the touch pad can be used in object interaction, and during the game’s brief forays into first-person, the motion control is usable. Small additions in the grand scheme of things, but together they made a distinct impression.

Failing To Hit The Mark 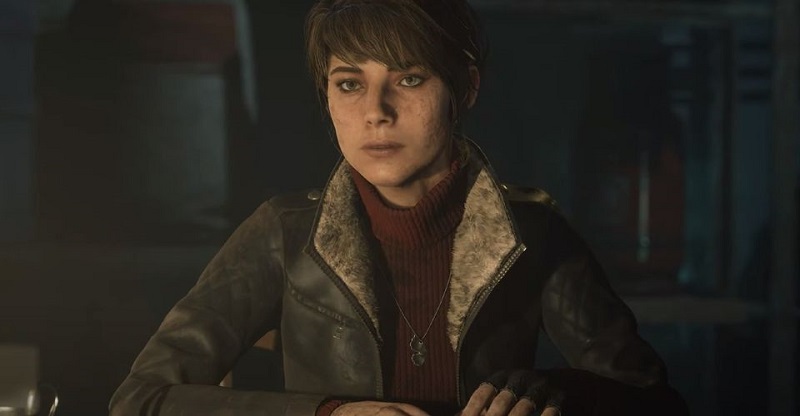 So, back to the story, and the ominous shadow over it. In smaller, quieter moments, when The Medium revels in the ghost story of its post-communism world of 1990s Poland, it generally works, but the actual main story gets increasingly heavy-handed before taking an almighty tumble in an attempt to tackle a difficult subject of abuse.

I believe there is sincerity in the attempt, but naivety and/or ignorance in how it’s actually approached. It’s handled so poorly that the first time I played it earlier this year, it soured my impression of the preceding hours.

Since then, I’ve discussed the game’s failings and now replayed it on PS5, and my feelings on the game’s reveal and journey to it are stronger than ever with foreknowledge, but I still chalk it up to a combination of poor understanding and choppy writing than just a cynical attempt to be controversial.

If Bloober learns from that, and works on it then great, you can call this a misfire, but it’s a shame it had to happen in a game I was quite into up until that point, and has increasingly dropped down in my estimation the more I think about, and discuss, it.

It’s really frustrating because even now, I believe there’s plenty to commend with the game and its ambition, it’s easy to forgive some failure when ambition is involved, but the main story isn’t part of that. Its crack at dealing with psychological trauma is ripped straight out of the Silent Hill playbook, and even then, Bloober has handled such things better in previous games.

Perhaps with Bloober Team’s next game, there’s a need to go back to the drawing board that saw it rise from the murk of making a dreadful Bomberman clone to creating the effective and exciting one-two of Layers of Fear and Observer.

The Medium shines when it’s letting you soak in its beautifully crafted dual worlds and melancholic soundtrack, but early promise of a quietly effective ghost story unravels as the story staggers clumsily to a point where it becomes almost unbearable in its attempt to tackle a tough subject.