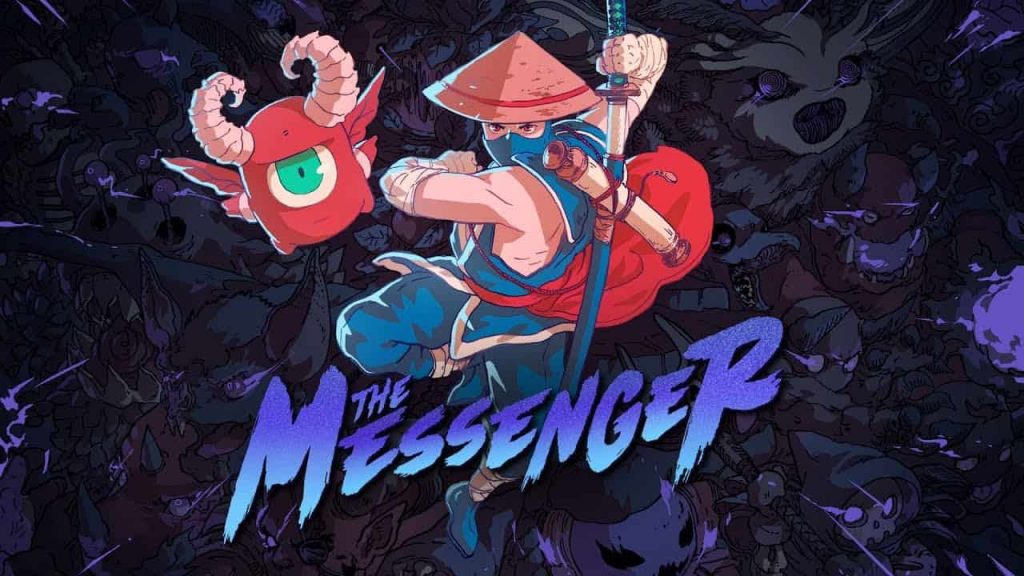 Look, I know it’s attached to this review but please don’t look at the gameplay trailer for The Messenger. Like really, don’t. This is down to the fact that much of what makes The Messenger work so well lay in its uncanny ability to surprise you at every turn and that trailer doesn’t half spoil so much of that which is best experienced first hand.

A 2D platformer set very much in the retro template of its 8-bit and 16-bit inspirations, players are cast as a rookie ninja who must save carry a mysterious scroll to the top of the mountain in order to halt a demonic invasion when a prophesied savior fails to emerge.

The Messenger is a challenging, wholly surprising retro platformer

With its stylishly minimalist sprites and backgrounds accompanied by a delightful range of bop-worthy chiptune soundtracks which linger long in the memory, The Messenger undoubtedly makes a great impression very early on. It cements that favorable impression too with planet-sized amounts of humor which runs the gamut of pop culture and meta comedy, making The Messenger one of the most hilarious PS4 games in quite sometime.

The Messenger’s adherence to the platforming classics of the 8-bit and 16-bit era are clear as soon as you pick up the controller. With the action taking place across a number of interconnected scrolling screens, players must navigate their way a range of themed levels before tangling with a deftly designed and notably wise-cracking boss at the end of each section.

Navigation through each of the levels is largely predicated around the notion of momentum – many areas have spikes or death-dealing chasms in them, but The Messenger equips you to deal with such perils through the use of an additional mid-air jump which is granted you every time you strike an object or enemy. As such, progressing through the game sees the levels change into momentum based assault courses that test you to your limit as your chain jump your way across innumerable pits, monsters and other such dangers.

Were its pinpoint controls anything less, then the myriad of dexterity testing leaps and tumbles would find themselves capable of causing the sort of pad-breaking fury that would ensure The Messenger would be nothing more than a brief curio only meant for the most masochistic of platforming generals. Luckily however, The Messenger controls like a dream – its ninja protagonist proving instantly responsive to your commands and nothing less than a joy to play. If you fail in The Messenger it’s because you suck, and not because the game has failed you in some way.

Along the way you’ll also discover a shopkeeper who appears at key points in each level, providing you with extra tools and abilities, such as being able to glide and use a rope dart for example – the game brilliantly introducing new traps along the way to test your skills with these shiny new gadgets. Additionally, the shopkeeper can also sell you upgrades such as extra health or KI slots for ranged attacks, his accepted currency being the yellow time shards that you find scattered through each of game worlds you wander into.

Beyond his super-duper vendor skills, the shopkeeper also reveals himself to be somewhat of funny wiseguy with jokes for days. A legitimately and frequently entertaining presence, the shopkeeper never fails to elicit a smile or a range of belly-aching, laugh-out-loud moments as his acerbic sense of humor and hilarious stories provide a welcome and reliable source of levity from The Messenger’s relatively hardcore platforming gameplay.

Speaking of hardcore, it seems like the jokes also extends to Quarble too – a flying one-eyed imp who taunts you each time you die with a screen-filing insult before resurrecting you at the next checkpoint and scooping up a share of your time shards before disappearing back into the ether. It also doesn’t hurt that the checkpointing in The Messenger is extremely well thought out and considerate as well, with checkpoints every few screens and always before a boss encounter. And this is the thing – despite being super challenging, it’s practically impossible to get angry with The Messenger given the sizeable strides it makes to keep things fair and balanced.

A crazy mid-game twist turns The Messenger on its head

Where things get especially interesting in The Messenger is when you hit the halfway point in the game. Given the fact that I have deliberately not attached any screenshots to this review from that section of the game (and told you all at the beginning to avoid the gameplay trailer), I am very much in the business of not spoiling The Messenger’s particularly secret brand of secret sauce. That said, it isn’t just a twist that is present for superficial purposes – it’s something that fundamentally alters the structure of the game, effectively making The Messenger feel like two games in one as a result.

Let’s put it this way; before the midway point in the game, The Messenger is exactly what I’ve said it is – a linear, though resolutely accomplished retro platformer that pays great homage to those 8-bit efforts of yore. After that point has been reached however the game goes through a metamorphosis – becoming completely non-linear, adopting a new visual aesthetic and embracing a big handful of Metroidvania style gameplay mechanics to boot.

It’s the sort of twist that might disappoint those who after an hour or two with The Messenger, simply want the game to stay in its simplistic and straightforward 8-bit platformer guise for the rest of its duration. For the rest of you though, this seismic shift is symbolic of The Messenger as a whole – a gutsy, hilarious and roundly compelling effort which isn’t afraid to change things up and do so with a massive, ear-to-ear crap eating grin on its face.

Developed by Sabotage and published by Devolver Digital, The Messenger is out now for PS4, PC and Nintendo Switch.

Resolutely challenging without ever being unfair, frequently gut-bustingly humorous and stuffed with all manner of unexpected twists and turns, The Messenger one of the most essential platformers on PS4. It really is that simple.