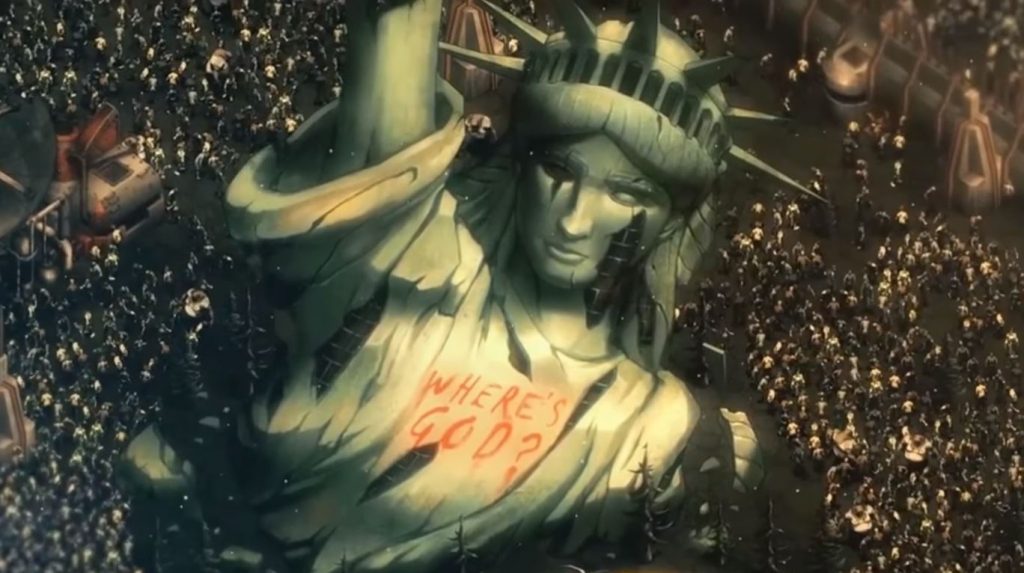 It’s reasonable to say that the PS4 is hardly drowning in decent RTS efforts. Sure, there are few out there like Sudden Strike 4 and small handful others, but they’re hardly prolific and neither are they particularly great either. They Are Billions from developer Numantian Games and console port house Blitworks changes all that, giving PS4 its first real must-have genre effort as a result.

Rather than re-running some historical conflict or having players combat some invading alien force, They Are Billions does something a little different. Set in a steampunk world where humankind has been almost completely wiped out by a zombie apocalypse, They Are Billions puts players in control of a desperate enclave of human survivors who must survive and thrive against the encroaching infected menace.

Just out of early access on PC, They Are Billions has recently been patched to include a brand new, 50 hour or so single player campaign called ‘The New Empire’, that weaves a narrative thread through a massive number of missions. Unfortunately, the PS4 version of They Are Billions doesn’t have this mode at launch (Numantian Games for its part wants to get feedback first before thinking other platforms – an arguably sensible approach), but it will likely only be a matter of time until it finally arrives on PS4.

All the same, while They Are Billions certainly feels like its missing something as a result, there is more than enough in the base survival mode (the same mode that gave the game its substantial chops on PC in the first place) to make RTS fans on PS4 very happy indeed. Modes-wise then, what you have on PS4 is a fully customisable survival scenario (in addition to a fairly no thrills weekly challenge mode) where you can tweak any number of parameters to your liking – from overall difficulty to the density of the horde, They Are Billions goes some way to accommodate all players of skills and play styles.

Unless you’re some sort of tactical savant, you’ll need such concessions too, because They Are Billions gets furiously difficult pretty quickly. The goal in They Are Billions survival mode is to survive the number of days that have been allotted to you, the rub being that the infected population becomes more and more aggressive the close you get to your capped time limit.

With that sort of pressure in place, though They Are Billions is immediately lent a level of intensity that very few of its contemporaries can match, the sheer amount of tweakables in the survival mode do help to take the edge off a fair bit and provide ample time for players to acclimate to its learning curve. All the same, the vision of seeing a veritable flood of thousands upon thousands of infected, all swarming towards your sanctuary with nothing but death and destruction in mind, is quite the sobering spectacle to say the least.

As to the nuts and blots of the game itself, They Are Billions follows a fairly traditionalist template – the thousands of on-screen infected non-withstanding obviously. What this entails is building structures to bring workers to your conclave, followed by the construction of resource harvesting infrastructure, such as mills, fisheries and power plants to keep the whole enterprise going. Then of course you’ll need to erect suitable defences too, with walls, towers and turrets all serving as an effective bulwark against the infected, at least early on anyway.

Also par for the course is the manner in which upgrades present themselves. Built upon trees of structure and resource dependency, you can only build certain structures and upgrade certain units when you have fulfilled the pre-requisites to do so. In reality, this works as quite the incentive to keep playing, especially early on as you unlock new structures and units that you fancied, but previously couldn’t create.

Where things are little different though, is in the introduction of currency. With it being the end of the world and all, many folks have taken something of a mercenary disposition, which means that if you don’t have the money to pay your people, they will abandon you in short order, thereby making defence of your city utterly untenable as a result.

Beyond the base building aspect of They Are Billions, players are encouraged to explore the map and uncover the fog of war too. While this is basic practice in any RTS, in They Are Billions it’s an especially worthwhile endeavour as left behind supplies, gold and other loot is all yours for the taking.

Neatly all this dovetails into how satisfying the act of battle feels in They Are Billions. When you have a flood, a literal flood of infected rampaging towards your walls and all your defences activate; your tower mounted dual cannons cutting through them by the hundreds, while your soldiers shower them in pointed lead, They Are Billions does that thing that very few RTS efforts do – it makes you breathless.

And then we come to the control scheme. Very often the bane of any strategy game on console, They Are Billions employs a double-sided solution; not only does it boast a streamlined UI for use with the standard Dual Shock 4 controller, but it also provides much welcome for mouse and keyboard; something which is a boon indeed considering how tricky it can be at times to drag and select your units and infrastructure when using a standard controller.

They Are Billions Is An Essential Strategy Offering

They Are Billions then is a well designed, eminently accessible and innovative strategy offering that finds itself slightly diminished by the temporary omission of a full-bodied campaign mode. That said, the standard survival mode encompasses and enables enough replayability on its own that players of all skill levels and styles will find many, many hours of involving tactical play to be had and They Are Billions will only get much better going forward.

If you’re a fan of RTS or any other type of strategy on PS4, They Are Billions is pretty much essential.

A supremely well constructed RTS that feels right at home on PS4, They Are Billions sets a new golden bar for other genre efforts to try and match.