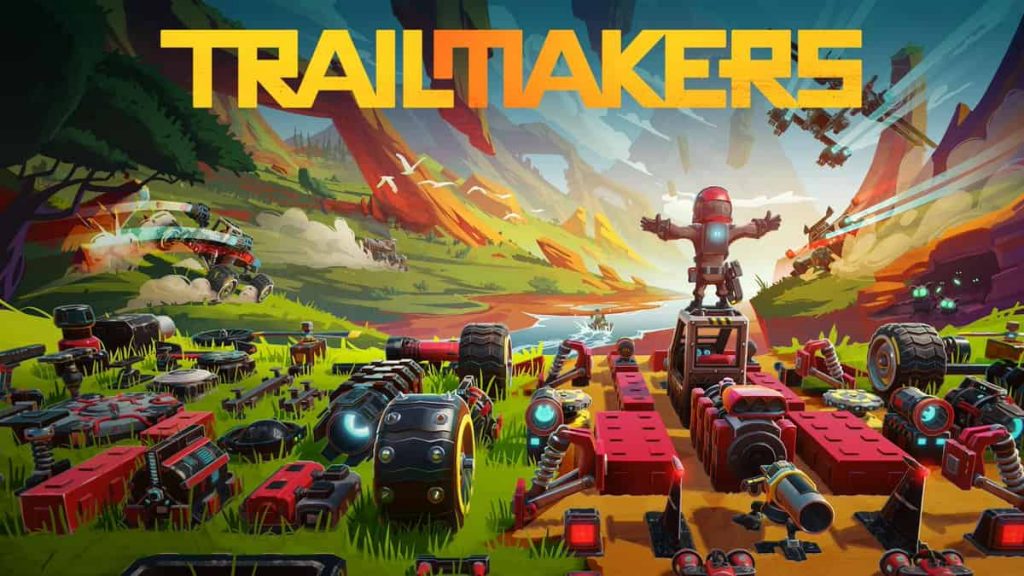 I sometimes wonder if games reviewers are the first people to play a new game other than the development team who designed and made it. Because some games arrive fully formed and perfectly crafted but they are enamoured with such a fundamental flaw, it’s hard to believe no-one saw fit to mention it to the developers before it was released into the wild. And constructive criticism is much more of a prerequisite in the world of gaming because without satisfying interaction a game will usually die on its ass.

Hell, Atari has been playtesting since 1976, so it must make sense. And there’s no excuse for developers not playtesting at every step of the process. It would certainly have helped Flashbulb Games to transform an immensely frustrating and tedious experience into a joyous creative sandbox.

Campaign In The Arse

Games which allow players to exercise a bucketload of creativity are usually both pleasing and very successful. Numerous city/world builders, Minecraft, The Sims, Racing Destruction Set, No Man’s Sky, Dreams and Lego Worlds all allow the player to do their own thing. Talking of Lego, it originates from the same neck of the woods as Trailmakers and has some superficial similarities, but Trailmakers poses the question “Would you like to design and build your own vehicles?”

Yes, be it submarine, go-kart, car, plane, boat, helicopter, truck, rocket, you name it – Trailmakers gives you free rein to stretch your imagination and then drive/pilot your creations in the sandbox worlds provided. Despite the huge list of predecessors for sandbox/creative worlds, there hasn’t been much in the way of vehicle builders on console except Banjo-Kazooie: Nuts and Bolts.

So how do the Danish developers present their concept? Is there a plot or campaign? Well the answer is yes, there is a single player campaign which involves collecting vehicle parts spread across the islands, beneath the ocean, and in floating sky islands and then corralling them into various collection points nearby. This is all with a view to rebuilding your crashed rocket to launch into space, and there are enough parts to collect to keep you busy for days.

Days you say? Yes, days. I spent the first two hours trundling around in the only vehicle I could build, trying to gently bulldoze the rolling glowing spheres (which represent the vehicle parts) into the collection points. At the best of times, controlling the car is a struggle enough in itself, let along while trying to nudge an enormous unwieldy ball into a small area. If your car is much smaller than the sphere you’re trying to move, it smashes to pieces (unless you drive at 2mph). This is not a major problem as you can press Circle to rebuild instantly, but it becomes laughably frustrating messing around with the pathetic minutiae of the collection process when the USP of the game is BUILDING.

Nudging Balls Is Not Fun

Which is why I brought up playtesting earlier. Surely any segment of the great unwashed would have turned around after two hours and said “This is not fun. Nudging balls with unsatisfying game world physics is not fun. Coming up with crazy vehicle designs and then testing them is fun. Racing them is fun. So we suggest you change the ball nudging idea and make the single-player campaign FUN!”

This clearly didn’t happen. There are other single-player elements available from the main menu which include a sandbox mode called ‘Treasure Island’ where you can actually build whatever you like without unlocking anything in a smaller play area. So why am I complaining? Because it’s a mode which has been bolted on, effectively making the ‘campaign’ pointless, and undermining the value of all the bits you are supposed to spend days trying to nudge around in ‘campaign’.

Ignoring the infuriating campaign then, there are racing modes which include Trailmakers Rally, Race Island and the new Centrifugal circuit. Race Island is dotted with different time trial courses for various vehicle types, and the Centrifugal track requires high-speed cars in order to grip the wall of death. The latter two modes are fun for 5 minutes on your own but work far better as multiplayer meet up areas for 2-4 people.

Trailmakers Rally mode actually works better as an introduction to the whole game than any of the other modes. Starting with the most simple, single-engined car and circuit, each victory unlocks a new part with the circuit levelling up to provide a bigger challenge. There’s a genuine feeling of satisfaction in modding your vehicle to shave seconds off of your lap times and the slow drip of new parts makes it easier to comprehend how they function within the vehicle. Oh yes, and it’s fun. Something sorely missing from the desolate campaign.

Sandbox zones which work better as 2-4 player online play areas are the aforementioned Treasure Island which has a selection of stunts and challenges, Danger Zone whose various ramps and contraptions are reminiscent of Trackmania Turbo and Test Zone which is pretty much blank for you to work on your vehicle’s handling.

Regarding the handling, this is one area which may frustrate and annoy a lot of players. The controls are simultaneously twitchy and unresponsive at the same time making for some challenging gameplay. Due to the limited controls (where’s the handbrake?) and the occasionally problematic camera, the cars, helicopters and planes rarely felt good which is a great shame. The boats actually suit the handling model, and at speed give the satisfying feel of a water stage from any of the best kart racers.

The toolbox you gradually open up has numerous categories, all fairly self-explanatory and backed up with a generous Help tutorial for all FAQs which may arise. The hand-holding is much appreciated to begin with and acts as a tutorial in itself as you watch cars ‘auto-build’ so you can see how to do it yourself. Any Lego fans out there with an interest in mechanics will be in their element. Engine blocks can be added to any of your designs providing you have the requisite ‘power cores’. Anything else can be piled on to your heart’s content providing you have unlocked that particular vehicle part, although an excessively heavy vehicle will drive like a slug.

Construction becomes pretty complex when you build flying machines, but again the walkthrough video in the help section answers most questions. If you want to share your creation to the online template library, you can also view and download others created by your fellow Trailmakers and judging by the vast amount of vehicles already there, it’s going to be quite a little community of creatives taking part.

A quick word about the sound and graphics – both excellent and far better than expected for a game focused on physics. The engine sounds growl convincingly and the spot effects on the campaign are sparse but crisp and atmospheric. The original music is also enjoyable and well produced. Graphically the style is reminiscent of Rime with an evocative day/night cycle and beautiful lighting which is cut above what you would expect.

So should you buy Trailmakers? Well, you’ll need a fair degree of patience to put up with its shortcomings and it will require a fair investment of time to get the best of out of the game. As always for an innovative independent game, it’s always heartbreaking to know how great an experience it could be had they ironed out the issues which glare at you during the first few hours trying to get into it, wanting to love it.

Aside from the annoying flaws, there is an incredible amount to do and create here and it’s clear that Flashbulb Games have put a lot of love into the development. So if you have some time to invest and the idea of building vehicles ticks your boxes, get stuck in!

Trailmakers is out now on PS4, Xbox One and PC.

Despite a hugely flawed single-player campaign and some control issues, Trailmakers succeeds commendably with the Lego-style vehicle building and online template sharing. Get stuck into the Rally mode and enjoy modding your vehicles to win races, then compete online in the sandbox modes and you'll have lots of fun.