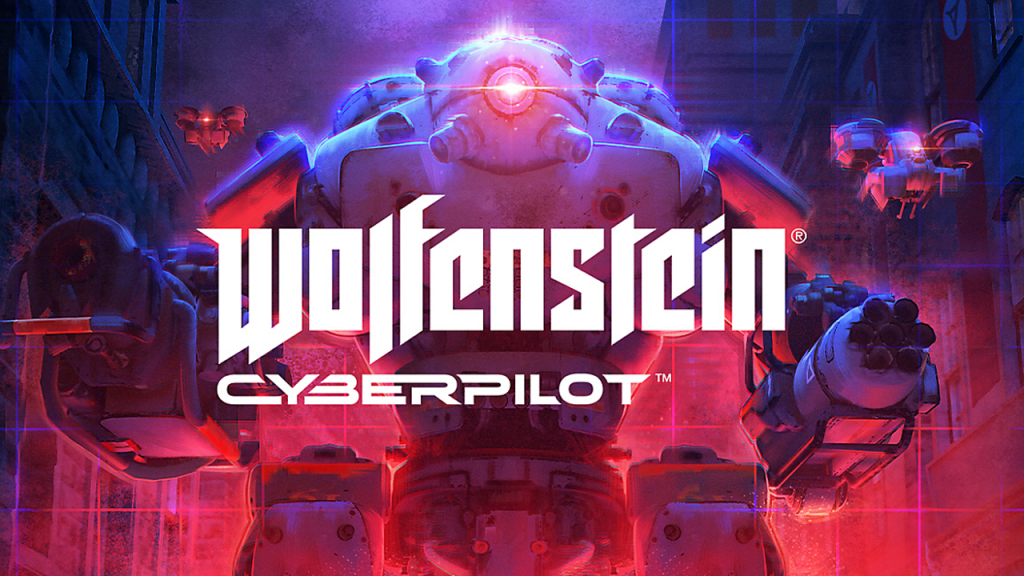 Bethesda can do better than this. After offering several very solid VR entries, including the wickedly fun Doom VFR and the complete VR-ification of Skyrim, Bethesda takes a giant robotic leap backwards with Wolfenstein: Cyberpilot, a ramshackle effort that is likely to anger already-riled-up Bethesda fans that continuously accuse the company of phoned-in cash grabs.

Released in conjunction with the far superior Wolfenstein: Youngblood, this tedious side-story is probably best left unheard, unseen, un-played and forgotten. The best possible outcome for Cyberpilot is to become a footnote in Wolfenstein’s otherwise pristine history, a curio from the past that everyone chuckles about – like the Zune, or New Coke.

One Half Of An Awesome Game

At first sight, Cyberpilot feels like it might be a winner. Set in 1980, Cyberpilot has a great concept – placing the player inside the Wolfenstein universe’s fearsome killing machines. Over the course of the game’s four brief levels, players take control of the dog-like Panzerhund, an unnamed stealthy little drone, and the lumbering powerhouse Citadel. Each of these mechs handles uniquely, but with enough commonality that when picking a new one up it only takes a few moments to get a grasp of how they handle.

Controls in Cyberpilot are fantastic – some of the best I’ve encountered on PSVR. I used the Move Controllers to pilot my mechs, and after a bit of fiddling, moving the bots around and handling the weapons became second nature. Face buttons on the Move Controllers are devoted to turning and strafing (smooth turns are optional). The Move Buttons and triggers handle movement and weapons.

My favorite of the three mechs was the drone – a buzzing little guy that can hack terminals to open doors and disintegrate enemies with one hit. The controls for the drone are finely tuned, with altitude being handled by a very natural-feeling tilt of the right controller. This feels smart and intuitive. The developers also remembered to include a feature often lacking in VR games – the ability to go backwards.

The other mechs handle fine as well, with the Panzerhund belching fire at enemies, and the hulking Citadel dual-wielding machine guns and a rapid-fire missile launcher. The cool thing about switching between the mechs (there is a primary level for each, and they all team up for the final level) is that they are different sizes, which is reflected in the scale of the environments. Objects tower over the drone, whereas the Citadel dwarfs enemies and vehicles. It’s a neat effect, and well-executed.

The visuals, in general, are pretty good for a PSVR game. Cyberpilot lands towards the top end of what PSVR is capable of. Though the streets of Nazi-occupied Paris look well-rendered, there is nothing here that you haven’t seen before. Think of it as Wolfenstein-generic, and you get the picture.

The interior environments suffer a worse fate. Though the hub where the player preps mechs for battles is fun and original, the interiors that the drone flies through are dreary and plain. Stealth-ing through the winding corridors and offices is still the best part of the game, but beyond a couple of well-rendered statues and portraits (Hitler and…Hitler), there isn’t much to see.

“We Announced It…I Guess We Have To Release Something…”

The controls are cool, the mechs are cool, and the visuals are plain. So, what’s the problem?

The problem is that there is practically no game within this game. Playing Wolfenstein: Cyberpilot is like ordering a huge juicy steak at a restaurant, only to have the waiter bring you a stupid Flintstone-sized bone with a bit of gristly meat dangling off one end. The waiter goes back to the kitchen to laugh with his friends while you gnaw on the bone. You gamely try to eat it, but after a few moments, you think “Hey! This is just a damned bone!”.

What I’m saying with my (clearly awesome) analogy is that Bethesda constructed the skeleton of a great game here. And maybe they ran out of budget or time or willpower, but they failed to actually put any meat on the bones. There is almost nothing to do in Wolfenstein: Cyberpilot.

The four levels can be beaten in 90 minutes, easily. Each level feels like an introduction to the various mechs, and I was excited to then take them into real battles – but there aren’t any. To call these levels tutorial-like is a kind gesture. They are lurching and basic.

Enemies literally just stand listlessly in the middle of the street, taking potshots and allowing you to mow them down. Whether it’s due to your distance from bad guys or the PSVR’s low resolution, the trademark Wolfenstein blood and gore is completely absent. Enemies don’t even scream or cry out when you shoot them. Whether you fry them with fire or blast them with missiles, Nazis just stand silently for a moment or two, then disappear. I want my Nazis to scream and writhe. I hate those guys.

The few times that enemies did attempt to put up a fight, I simply manoeuvred my way around a statue strafing left and right until they died. Their tiny Cyberpilot minds were blown by the object between us and they were utterly unable to compensate by walking around it. Instead, they just stood and halfheartedly unloaded clip after clip into the statue. Pathetic.

My favorite fail was the one where I was shooting guys on the other side of a river, where they were facing a small, waist-high railing. The enemies’ AI kept telling them to rush me, so they would leap fruitlessly at the railing, running with all their might, never getting anywhere – while I rained hell down on them with missiles. Funny, but sad.

Outside of a few random moments when a door would pop open and a bad guy would be there, there was no surprise to enemy placement or behavior at all. No one was posted up high to force me to use the slightest bit of strategy. No one flanked. No one even really moved all that much. The entire game felt like a busted-ass carnival ride at the world’s saddest circus.

Wolfenstein: Cyberpilot Is A Blight On The Wolfenstein Name

I am a Bethesda defender. I took some major hits online after pointing out some good stuff about Fallout 76. I enjoyed Skyrim VR much more than many of my contemporaries, and I stand by Doom VFR as a fun, fast and gory game. But I will not, cannot give Wolfenstein: Cyberpilot a pass. This game should have never seen the light of day in this condition. All Cyberpilot is going to do is make Wolfenstein fans angry.

There are plenty of indie developers out there turning out work far, far superior to this. I cannot understand why Bethesda would create all of the quality mechanics in Cyberpilot, and then utterly fail to build a game of any substance around them. Wolfenstein: Cyberpilot is a half-baked cake, and engine with no body, a bone with no meat. If Cyberpilot had to be released, it should have been bundled as a free bonus for Youngblood players. And even then, Cyberpilot would have been disappointing.