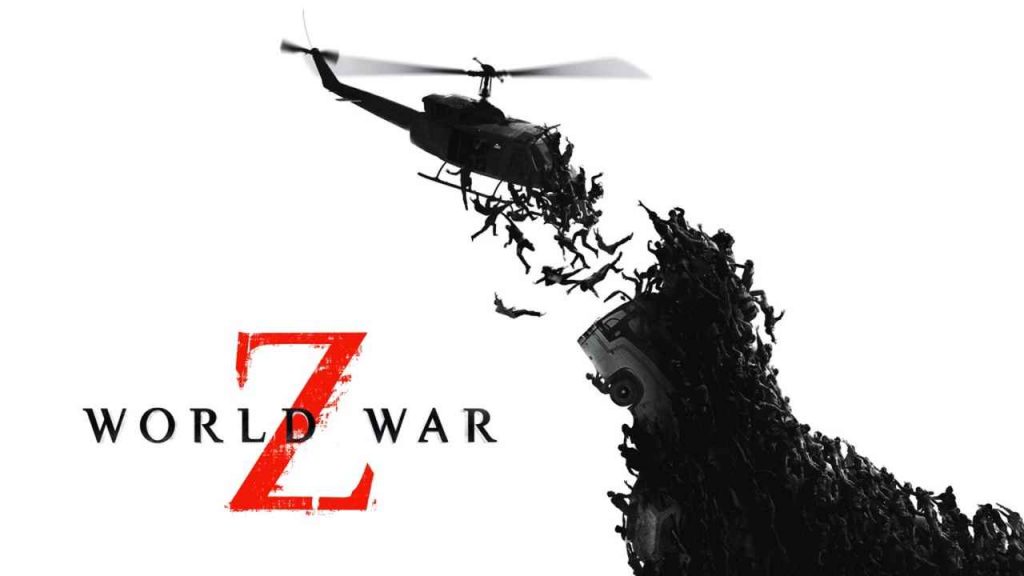 World War Z is is an interesting title. It’s almost impossible to look at World War Z and not compare it to Left 4 Dead. A four player co-op shooter where players try to survive hordes of zombies as they try and escape or, in some cases, destroy the zombie hoard for good.

World War Z, quite frankly, is the closest that anyone has come to making Left 4 Dead 3. But it’s unfair to say World War Z is just a clone. In fact, World War Z does some incredibly impressive things to set itself apart. Saber Interactive should be proud of their work with WWZ. Never have I played a co-op game where the sheer tension forced me to scream out and run in the other direction.

World War Z Takes You Around The World

The game is based on the universe created by the movie rather than the book, so you can expect massive hoards of zombies. The main co-op campaign is split up into four episodes spread across the world, from New York City to Tokyo, Japan. Each of these episodes feature three missions that players can tackle.

The survivors of each episode will be different and have their own goals. Each episode features its own story, but it’s nothing to really care about as a whole. Instead, it’s the individual characters’ stories I found the most satisfying. Each time you select a different character, you’ll unlock a character bio told through a nice cinematic with gorgeous artwork.

If you’re playing World War Z, it’s probably not for the story. The title itself is damn satisfying. Blasting away at dozens and dozens of zombies is intense and in a way can be terrifying. The shooting is your standard fair: If you’ve played a shooter, you shouldn’t have any problem here. I did have to turn my sensitivity down quite a bit, as the aiming just feels a bit off, but that’s personal perference.

Zombies themselves aren’t difficult to kill. Most of the time, they go down in a couple of bullets. What makes it difficult are the sheer number of zombies heading your way. If you’ve seen the movie, you know what you can expect from a lot of these encounters. Saber Interactive have done an amazing job in recreating the massive hoards and how they interact with the environment to get to you.

Climbing over each other to build a giant pyramid of zombies is a feat to see with your own eyes as you fire bullets into the pyramid to topple the zombies. There is one moment in particular where you have to move up a big tunnel, and zombies start to throw themselves from the top of the tunnel right down onto you almost 30 to 40 feet below. It’s definitive a scene that stuck with me as my team made its way up the tunnel.

The most impressive feat that Saber have achieved is getting the game to run smoothly when facing what looks like a hundred zombies at once, with explosions and gun fire going off all around you. Not once did I encounter any sort of frame rate drop of any kind.

I should say that because of the massive amount of bodies you’ll see fall in front of you, they tend to disappear quite fast to keep the game from potentially crashing under the volume of on-screen zombies. I wouldn’t have any problem with this if bodies sometimes didn’t disappear right in front of me before they even hit the ground.

World War Z Has A Lot Of Skills And Upgrades

What really hurts World War Z is the lack of private lobbies to play with your friends. If you have a party of four, it’s not a problem. However, if you only have three players or just you and a friend, the game will just throw you into the first server it finds. Chances are when you start a session, it will be halfway through a mission or even at the end of it. Hopefully this will be addressed soon, because, let’s face it, sometimes you just want to play with your friends and a couple A.I.-controlled comrades.

World War Z has an entire upgrade system in place. You can select different classes and unlock skills and abilities in each of these classes. The progression system is nice and will definitely help those looking to tackle the game on the harder difficulties. Each class has some great skills to help a team survive. The Healer class, for example, can unlock skills that can revive players from a distance rather then having to walk up to them to revive them.

Weapons can also be upgraded. Each character starts off with a specific weapon specialized to their class, but different weapons are scattered all over the maps. The more you use specific weapons, the more they level up, allowing you to upgrade them with better accuracy and better stopping power. There’s a lot of skills and upgrades to unlock, and getting everything will take a long time, which brings me to some other points.

Though there are four episodes and twelve missions in total it just doesn’t feel enough. Sure you can tackle them on harder difficulties but once you really know what to do in each mission it starts to feel like a grind.

World War Z does feature a Player vs. Player vs. Environment mode. This mode has a quite a few game modes familiar to players of PvP. Team Deathmatch, Domination, King of the Hill, and a few others. I didn’t have a problem with the PvP, as it’s actually quite fun, mostly because at random times a massive hoard of undead will descend upon the map, forcing opponents to team up to stop the hoard.

PvP has a place in WWZ, but I just can’t help but feel the game should have gotten maybe a couple more co-op episodes over the eight or so PvP modes the game has. What hurts the PvP is I found it hard to connect to a lot of the different modes. Whether that’s due to connection problems or a lack of a player base is something I can’t determine. Either way, no all game modes are populated well.

World War Z is a blast to play. Whether you’re playing alone or with your friends, there is plenty of fun to be had. Watching a massive hoard running in your direction really ups the intensity. It has some problems, but they’re nothing that can’t be ironed out in future updates.

World War Z is a blast to play featuring some great action and some intense encounters that should be experienced by anyone looking for a great co-op game.