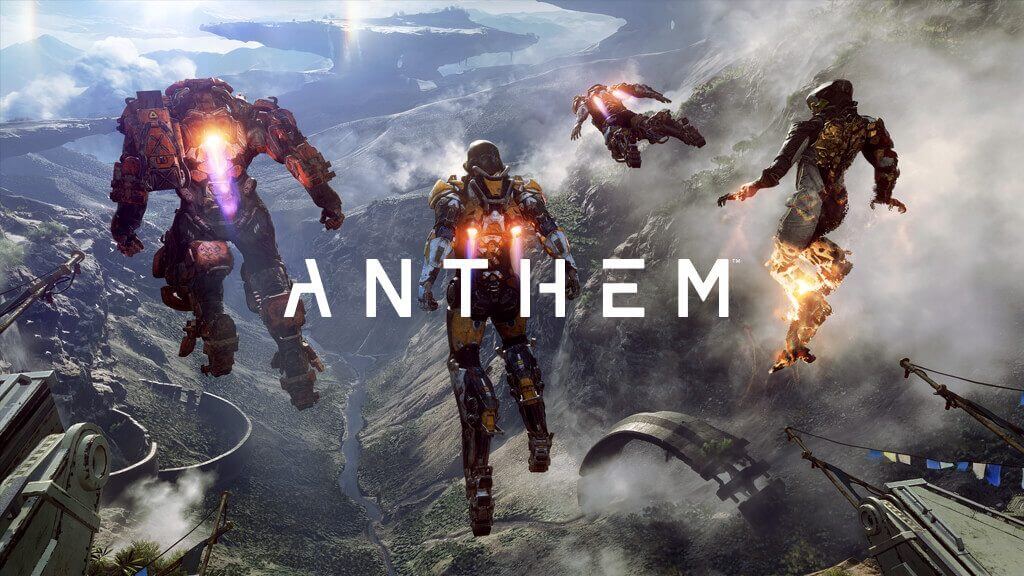 Details on Bioware's Anthem are flooding in thanks to EA Play and the game being the focus of GameInformer's July cover story. Of course, the biggest reveal was that the Anthem release date is February 22, 2019, on PS4, Xbox One, and PC.

Below we break down all of the information, which includes the Anthem classes, let’s take a look at what the game is about.

Anthem is EA's answer to Destiny and is best categorized as a shared world shooter. You can play solo or with as many as three friends cooperatively.

You play as a pilot that can select from four different exo-suits or classes known as Javelins. The story unfolds through a series of critical missions and side missions in a seamless world with no loading screens between zones. Free Play: Explore Anthem's world with no objectives, just minor tasks generated for you and your co-op partners to complete.

Formal Missions: Talk to A.I. agents to be given instructions on more substantial missions that will provide you with more details on characters, creatures, and Anthem history.

Strongholds: The most challenging of the missions that feature difficult mobs and bosses. Some Strongholds are part of Anthem's critical path but can be repeated later at higher difficulties for better loot.

Javelins can be fully customizable with stat based upgrades or cosmetic items such as paint jobs. Leveling up in Anthem is done by completing missions and defeating enemies to earn XP, it's possible that there will also be other ways to gain XP. Javelins have their own individual levels that relate to the gear and mods each class can equip, while some XP boosts level up the pilot which enhances abilities that carry over even if you switch Javelins such as increases to the amount of time you can stay airborne.

If your team includes players of different levels everyone's damage output is scaled to match. Higher level players will still feel more deadly and productive but lower level players can contribute without having to be carried by the higher level gamers.

Anthem's player hub is known as Fort Tarsis. It's the area where you will prepare for the main story, customize your Javelin, experiment with your gear, and sort through your loot. Unlike the community hub of Destiny, Tarsis is only available to you. There's also a mobile base or giant mechanical walker known as a strider where you can manage gear and loot that keeps you from breaking up your party after every mission. In order to progress your personal story, you must go back to Tarsis.

Loot Crates – Since EA is publishing the game, many gamers feared that Anthem would be riddled with the pay to win advantages that nearly killed Star Wars Battlefront 2. The only loot crates in Anthem will be cosmetic, and you will know what it is you are buying unlike the loot crates of Overwatch and Call of Duty where you never know what you might get, but it's rarely what you wanted.

PvP – Anthem will not include player versus player multiplayer at launch, but they may add it later.

Always Online – Just like Destiny, Anthem requires you to be online at all times to play even if you are playing solo. Bioware's Mark Darrah said that the persistent online connection is necessary due to the game's use of dedicated servers. No romance options – If you were a fan of Mass Effect, you know forming relationships both friendly and romantic were possible. In Anthem, you can develop friendships, but there will be no options to take the digital relationships any further. There will also be no A.I. companions, the only companions you can have in Anthem are real life co-op partners. Interactions with A.I. will be limited to hub areas and special locations.

There will be some type of beta before the game launching although no details or dates are being revealed just yet. Anthem has our attention, and we will continue to cover all breaking news and details as they happen.