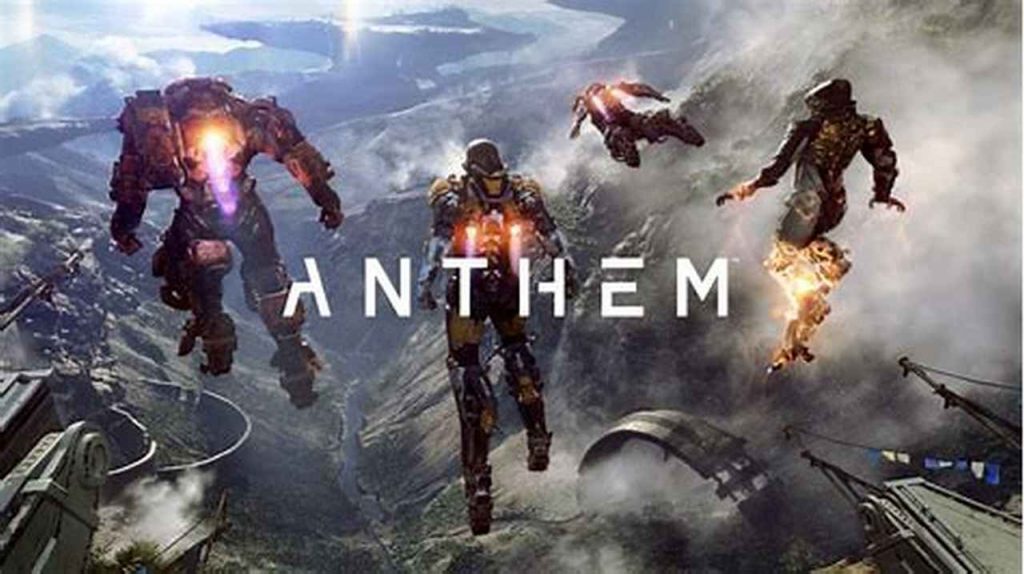 My time playing Anthem has been an emotional rollercoaster of rage and joy. At times it’s difficult to tell if one outweighs the other, especially considering that the most frustrating aspects of Anthem could have easily been avoided. Instead of learning from the mistakes of other shared world looter shooter games like Destiny and The Division, Anthem follows their pattern of launching in what feels like an unfinished work in progress.

This Is The Anthem Throw All Your Hands Up

Anthem is the first new IP for BioWare in quite some time and marks the return of Casey Hudson to the team. For over a decade, the teams at BioWare have been focused on their Mass Effect and Dragon Age franchises. After a disappointing ending to the Mass Effect trilogy and an even worse reception to Mass Effect Andromeda, Anthem was touted as the game that would bring BioWare back to their former glory. Unfortunately, with the game’s issues and a few questionable design decisions, making BioWare great again might take longer than expected.

Anthem is one of the most visually stunning games I’ve ever seen. It’s impossible to not want to get lost in the beauty of the game’s lush environments. That sense of wonder and exploration will come in handy when you are frolicking through Freeplay since there are no waypoints, markers, or fast travel points to direct you towards the world events, and hidden locations which are found within the mode.

It’s quite the opposite as you play through the main campaign or story missions and side quests of Anthem. You are expected to stick very close to your teammates if one decides to move on to the next checkpoint the entire team is expected to follow. Should you decide to stop off and admire the scenery or friendly wildlife, a message will prompt you to get moving, if you fail to act fast enough the game will teleport you to the desired destination with a sense of urgency that even bypasses the narrative if needed.

This brings me to the subject of Anthem’s dreaded loading screens. It’s one thing to start up a game and be forced to sit through a lengthy bit of loading time, but Anthem throws these nuisances at you every chance they get. Start a new mission or event, you get a loading screen. As mentioned before if you are trailing behind your teammates, the game transports you to them, but not before punishing you by making you watch a generic loading screen. The other immersion killer comes after mid-mission cutscenes, you guessed it, yet another loading screen before resuming the action.

Due to the fact that I didn’t receive my PS4 review code until the day the game launched, I started Anthem prior to the day one patch release on PC thanks to an Origin Premiere subscription. I will admit that the patch greatly reduced the load times on PC but doesn’t seem to have worked the same magic on my PS4 Pro. It should also be noted that the PC version was installed on an SSD.

The gameplay of Anthem is a thing of beauty. You are part of a faction of soldiers known as Freelancers who are armed with a superhero-like exosuit and are responsible for keeping humanity safe. The flying mechanic of the Javelin is intuitive, fluid, and oh so much fun. Well, that is until your thruster gets overheated and you are forced out of the air and must wait for your suit to chill out. Sure, there are components that can extend the thrusters life (plus other modifications), and the occasional waterfall that will cool down an overheating jet pack when you fly through it, but the overheating is unnecessary and just reeks of another bad game design choice.

The Javelin comes in four customizable and upgradable models each complete with their own unique abilities and charms. You can equip various items and support gear such as grenades with different elemental properties and protective shields. Javelin personalization reminds me of the Titans of Titanfall before Respawn switched to the hero model Titan of Titanfall 2. The weapons of Anthem while being completely adequate for battle, are just your ordinary garden varieties of assault rifles, snipers, LMGs, and pistols.

Combat is another strength of the game, with each Javelin offering a unique experience, you will want to master them all. Incorporating all of your Javelin’s resources makes for satisfying combos that deal the most damage. You can coordinate elemental attacks (Fire, Ice, Electric, and Acid) with teammates to maximize damage. The enemies of Anthem aren’t particularly that smart or difficult to defeat but each has its own weakness and strengths that make them fun to take down.

Anthem is designed to be played in squads of four. Unlike Destiny which excludes the lone wolf from certain events, If you don’t have enough friends to fill up a roster, a team will be provided for you through matchmaking. If you do have a friend or two to play with, the game will reward you with bonuses, but makes it awkward keeping the band together after missions since you must go back to your own version of Fort Tarsis separately to partake in post-mission dialogue with NPCs.

Fort Tarsis is Anthem’s answer to Destiny’s The Last City. It’s the area you return to after each mission to upgrade or customize your Javelins, shop, find new activities to partake in, and unfortunately, it is the only place you can swap out weapons and gear. The hub has an adjoining Launch Bay that offers most of the facilities of Fort Tarsis in a much smaller area but offers the ability to socialize with other players. Fort Tarsis is difficult to navigate, once again waypoints would be useful here. Furthermore, if you can have a social hub in the form of an attached Launch Bay, why can’t you just incorporate it into the main area instead? It might eliminate the awkward long pauses after missions when playing with friends.

Anthem Lacks The Importance Of Choice BioWare Is Known For.

Anthem is full of likable characters who never quite seem to develop enough to be outstanding or memorable like so many of Bioware’s other non-playable characters of Mass Effect or Dragon Age. The story is average at best but between the dialogue with characters back in Tarsis as well as documents strewn about to add to the Cortex, and a riveting post-credits scene, Anthem has the lore needed to be much more interesting than its current state allows it to be.

The sound effects of Anthem are spatial and crisp, playing with a good headset or a decent home theater set up will highlight the direction danger will attack from and other environmental sounds that encompass you. Sarah Schachner’s soundtrack compliments the game’s pace with a mix of frenzied orchestra pieces and synthesizer-heavy tracks.

Despite all of its flaws, missteps, and people telling me I shouldn’t, I kind of love Anthem. Whereas Destiny and The Division were able to rise from the wreckage of an anemic release, I fear Anthem might not fare as well. BioWare is a talented team and has already shown their commitment to fixing the game, but will gamers and EA stand by Anthem long enough? I truly hope so, but I can certainly understand the frustration and apprehension to embrace a game that feels incomplete.

Anthem was published by EA and developed by BioWare

Anthem may never get the chance to live up to its potential due to a series of unfortunate game design decisions and issues. The first IP from BioWare in over ten years displays moments of grandeur with fun and unique gameplay that unfortunately is undermined by the game's current condition.